The Horse and His Boy at the Shaw Festival 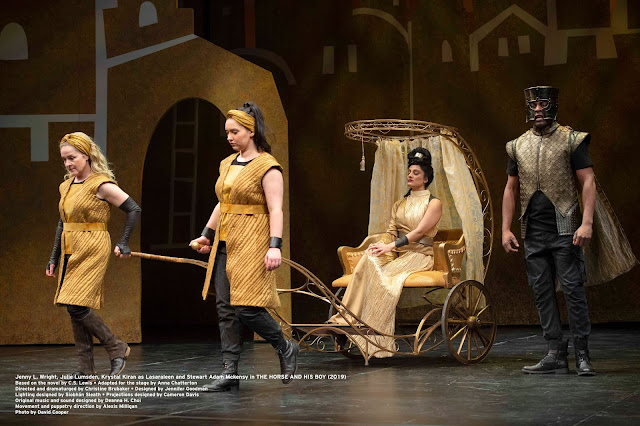 Going to the Shaw Festival in Niagara-on-the-lake would make a memorable weekend getaway or a day trip. Every year there is a show that is perfect for families with young children and teenagers. This year it is The Horse and His Boy based on C.S. Lewis's The Chronicles of Narnia. Last year, we watched the Magician's Nephew also based on the children's fantasy novel Narnia. My children have read the novels and watched a few of the movies, they were excited to see how the story would be acted on stage. 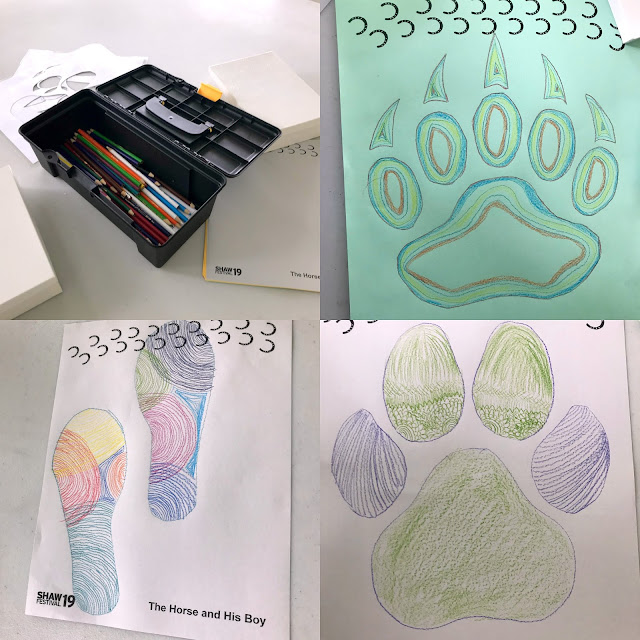 We participated in the 40 minutes pre-show workshop, which was held an hour before the show at the Festival theatre. Having the workshop at the same theatre as the show, made it easy for us make our way to the show right after. The workshop was set up under a tent with round tables and chairs. Prior to starting the main activities, the friendly staff greeted us and encouraged everyone to put together simple transportation themed puzzles related to the show, and gave an opportunity to draw using stencils and decorate it with pencil crayons. 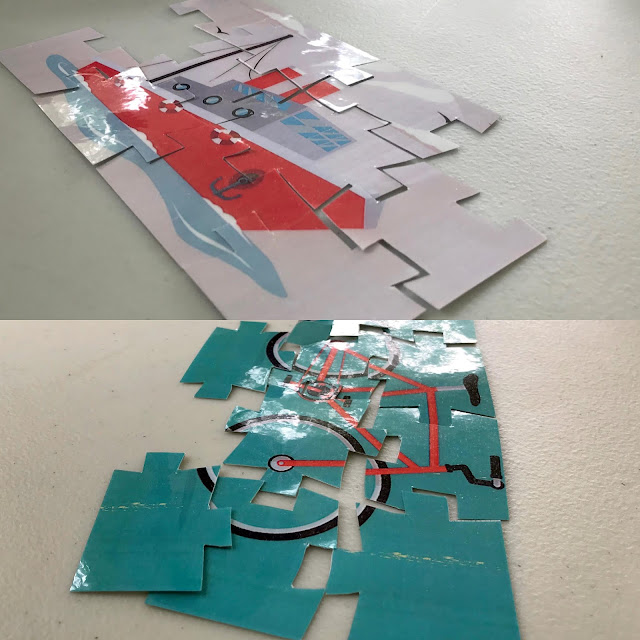 Once all the participants arrived, the workshop led by a team included learning chants by following cues, making noise effects and movements, so we can participate during the show. This workshop costs $5 per person, it is a wonderful way to keep our children engaged and excited while watching the show as they anticipate the scenes during the play. 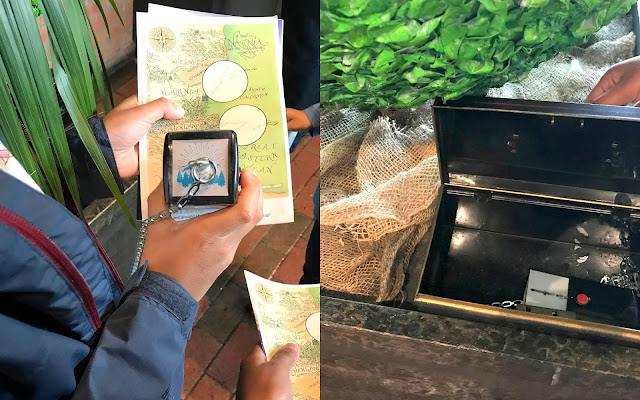 The program guide included a map of Narnia and the surrounding countries, where we enjoyed going around the lobby during intermission to find the three trees and stamping our maps. There was also a free discussion after the show with the Shaw Festival moderator to continue the conversation beyond the stage. 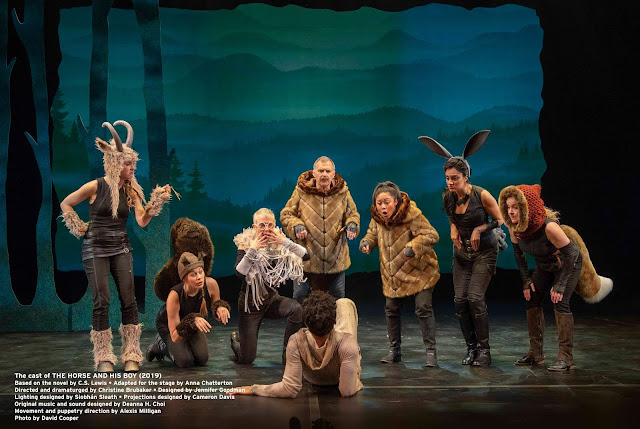 There were fourteen actors playing about fifty roles, their performance was outstanding. Both children and adults will enjoy the humour, special effects, backdrops, props, and the soundscape. My children said they found it exciting to see the story coming to life with the dialogues, which is different from the novels. It was exciting to see some of the actors coming to the stage walking down the aisle close to the audience. 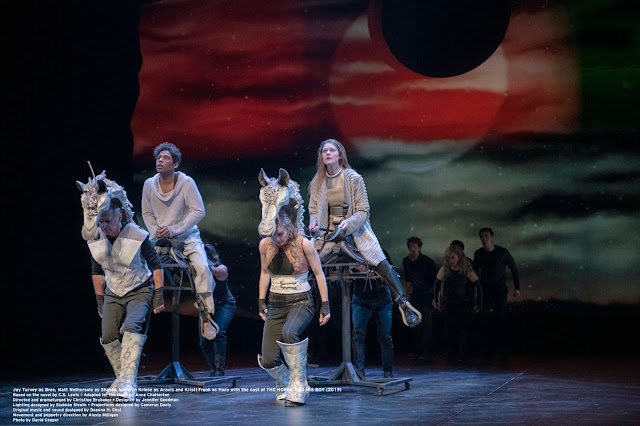 It was interesting to watch the role of the actors playing the Narnian horses, Hwin and Bree, travelling with the young hero Shasta trying to escape their lives of slavery. The playwright, Anna Chatterton, has used dialogues directly from the book, some rephrased to make it contemporary and direct, and some original dialogues. She has added scenes that were not from the book to bring out Aravis and Susan's story lines by showcasing them as strong female characters; Aravis as a rebellious and willful young heroine running away from a forced marriage and Queen Susan refusing to marry the tyrant Rabadash which starts a war.

The play has fun chorus and chants that tie in all the scenes to narrate the journey of the four main characters - Hwin, Bree, Shasta, and Aravis. It was interesting to see Shasta's reaction when he finds out that the fisherman in Calormene was not his father and that he was planning on selling Shasta to Anradin, a cruel nobleman.

The story makes the audience think of how events can impact a person. For example, Aravis leaving her family to find freedom, and Shasta feeling lonely because he does not have a place to call home. This is something the audience can relate as life events, growing up, and travelling can change who we are. There are also messages such as the importance of forgiving, being kind and gracious, and having humility. 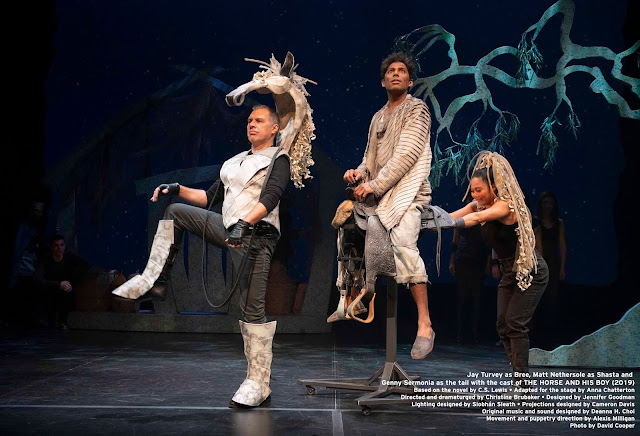 The Horse and His Boy is suitable for children over six years. We feel this classic story about following an impulse, going into the unknown, and finding oneself encourages us to use our imagination. The play is two-hours long with the 15 minutes intermission between the acts. It is a show that everyone in the family will be entertained by. The Horse and His Boy will be playing at Shaw Festival until July 21st check their website for dates and times.

Disclosure: The photographs are used with permission from Shaw Festival. This is a partnership post. Please note that all opinions and thoughts expressed are my own. All rights reserved on the written content Createwithmom © 2010 - 2019. Please Ask First