We had a fabulous experience @Disneyonice Rockin' Ever After 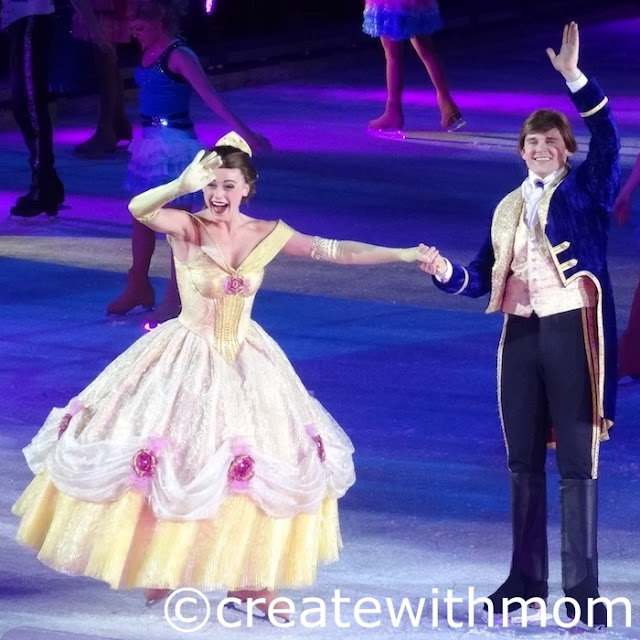 The opening night at Disney on Ice in the Rogers Centre was totally Rockin'.  We had an awesome time.  The show started off with a fast paced, upbeat rock and roll musical that was exciting to watch.  Special guests like Pinocchio and Cinderella's stepsisters joined Mickey and the clubhouse members in the beginning of the show.  My son said he liked it every time Mickey came to the stage.  The four stories highlighted at the Rockin' Ever After show was about Ariel, Rapunzel, Merida and Belle. 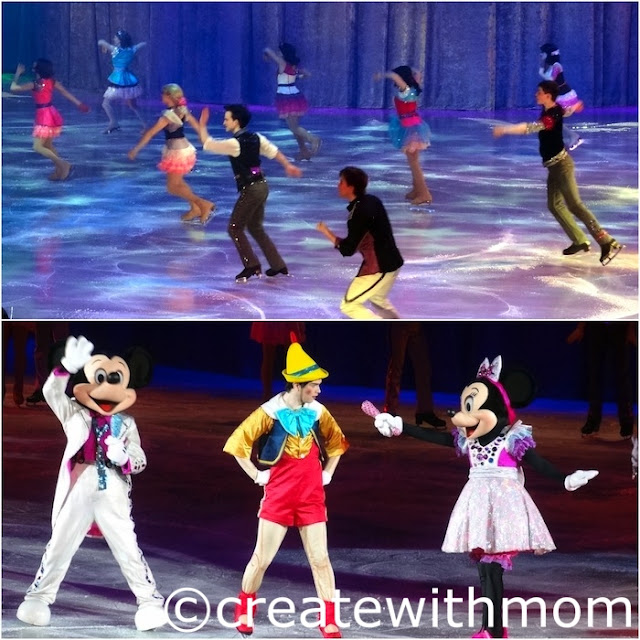 We really enjoyed how beautifully the stories were presented, the lighting, the figure skating dance performances, songs and the cool special effects that kept the show lively. 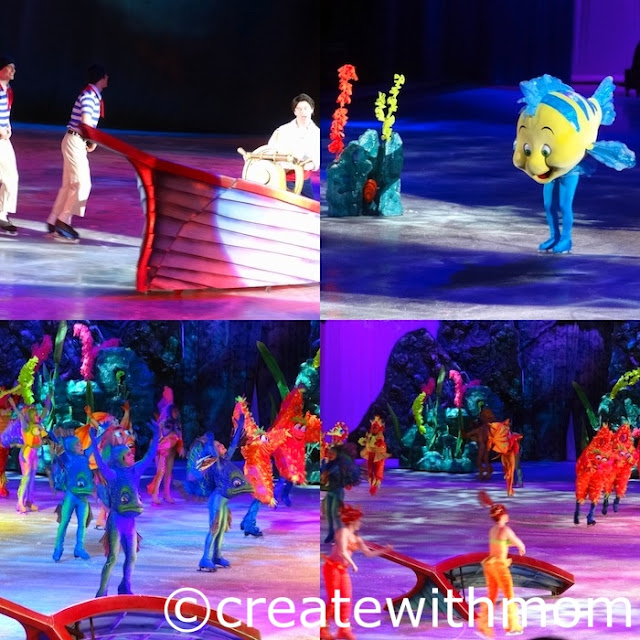 Ariel's show was different from the previous Disney On Ice World of Fantasy show.  The performance had different songs, a boat to show the boat-wreck and wonderful lighting that showed the colourful underwater sea creatures. 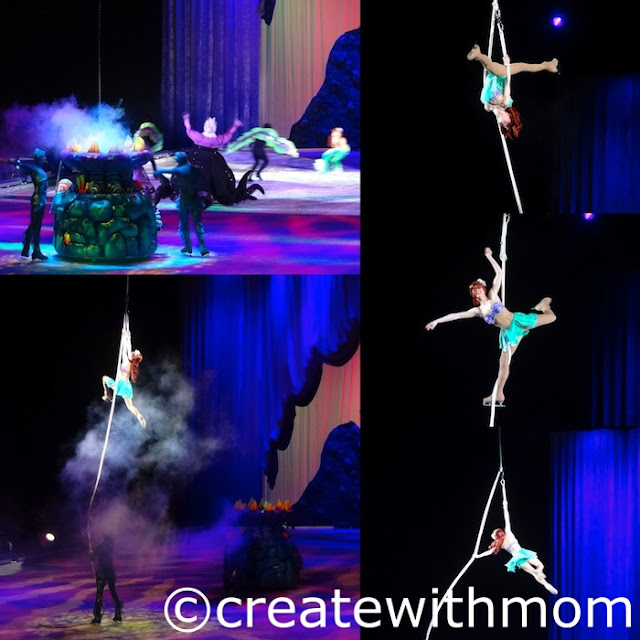 The acrobatics dance performance done by Ariel on top of a rope was very cool. 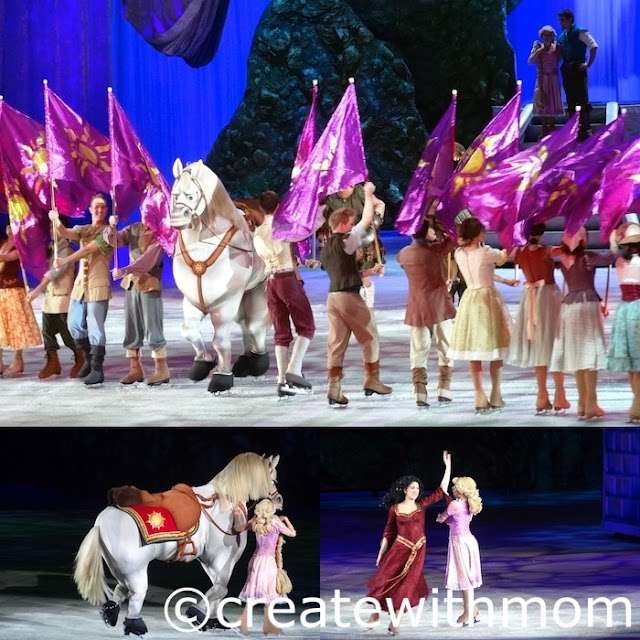 The Tangled story performance was also different compared to Disney on Ice Dare to Dream.  We liked how bright the witch's dress was and how well she performed.  We enjoyed seeing how the people of the town came together in a circle to let the lanterns go up. 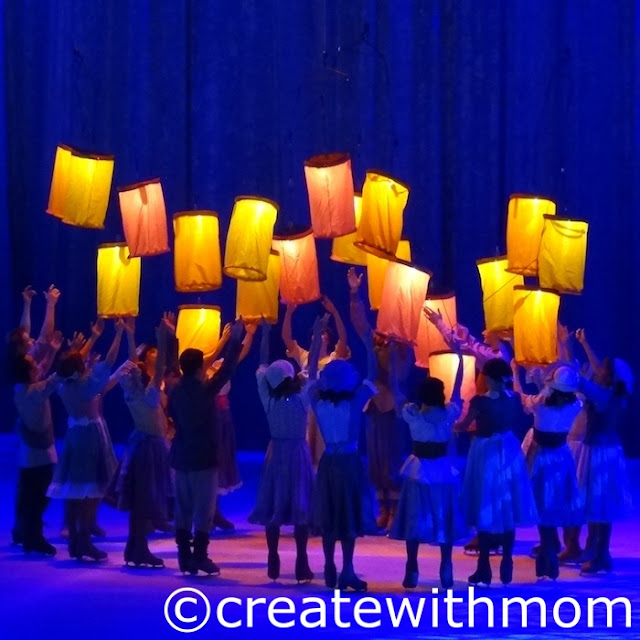 Although, I enjoyed the first half of the show my favourite was during the second half when the stories were about Merida and Belle. 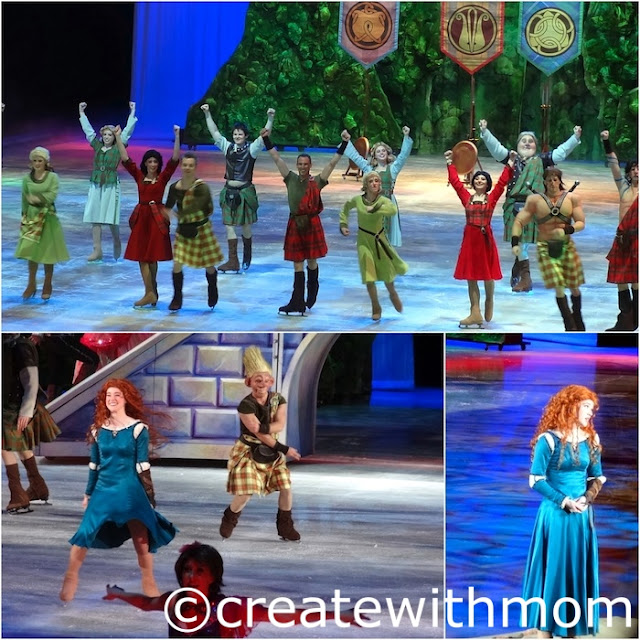 We got very excited when Mickey introduced the Brave princess Merida.  The story was mainly about Merida's mom trying to find a suitor for Merida, despite her not wanting to get married.  The special effects such as the archery board splitting into two when Merida shoots the arrow and the fireworks in the end of Merida's performance were fabulous. 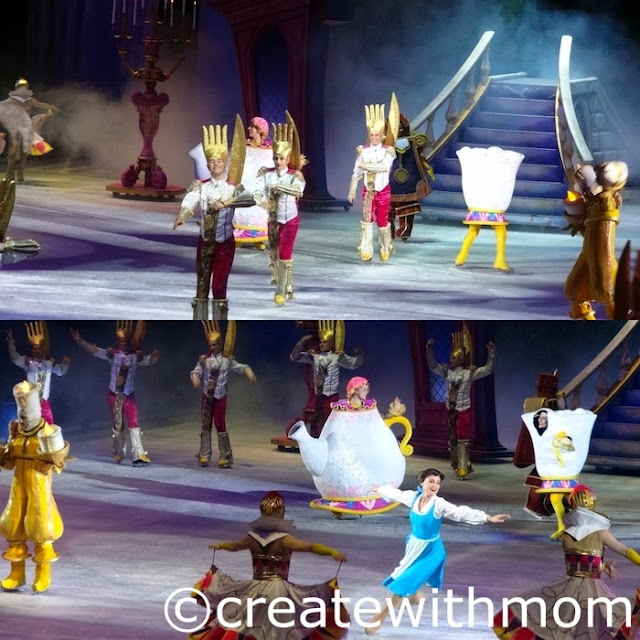 The final story of the show, Beauty and the Beast was beautiful to watch.  We really enjoyed the dialogues and the performance. 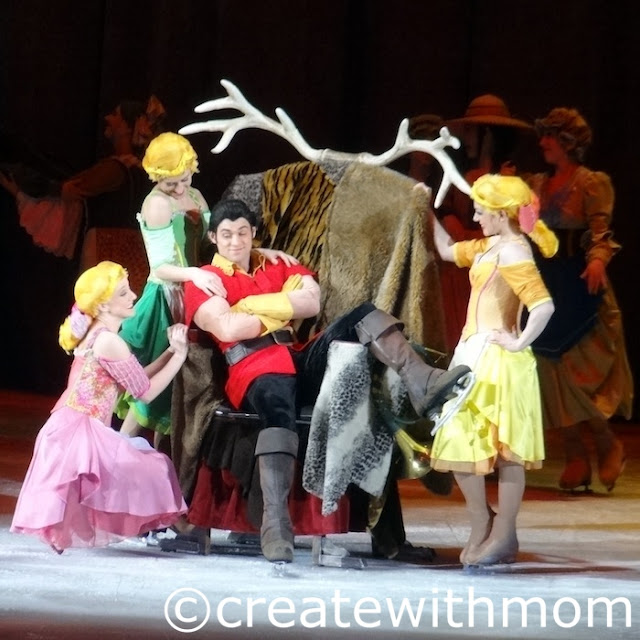 The storyline included Gaston wanting to marry Belle, Belle ending up in the palace and eventually meeting the Beast and falling in love. 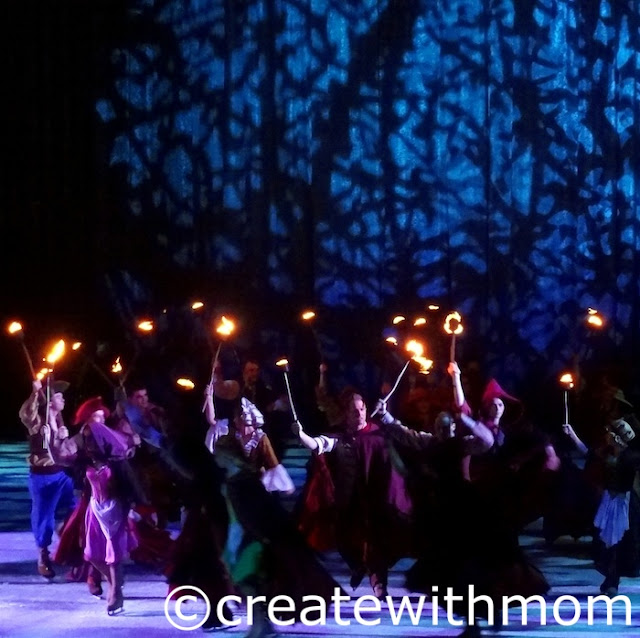 The scene when Gaston was going to fight the beast with the town folks holding the fire torch was really cool and very interesting.  The torch was light with real fire and was neatly put out by dipping into the ice. 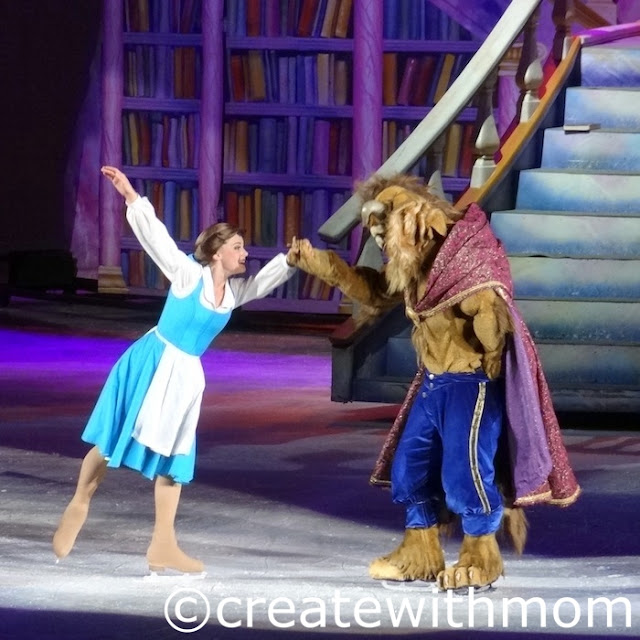 We really enjoyed how the show ended with all the couples coming to bow and a beautiful dance in the end.  The performances and the stories on Disney on Ice Rockin' Ever After was beautifully choreographed and performed, which was a delight for children and adults to watch. 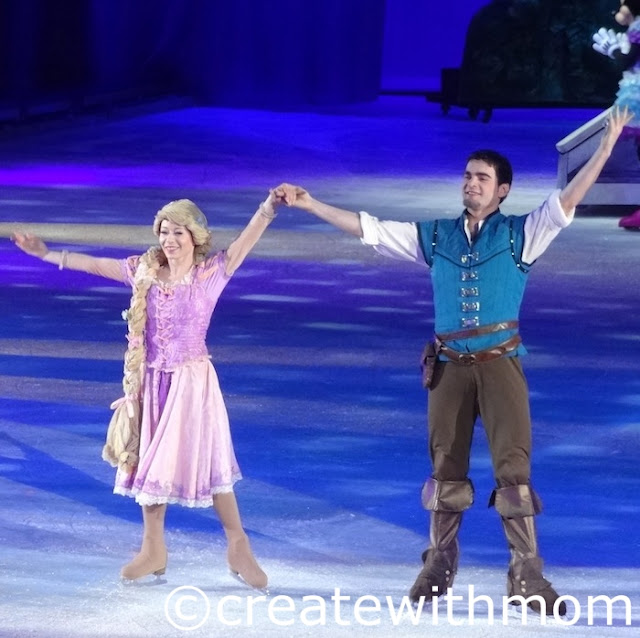 Watching Ariel and the characters in the beginning of the show has made me feel excited about the upcoming Little Mermaid Blu-ray combo pack on October 1st.
All rights reserved on photographs and written content Createwithmom © 2011 - 2013. Please Ask First