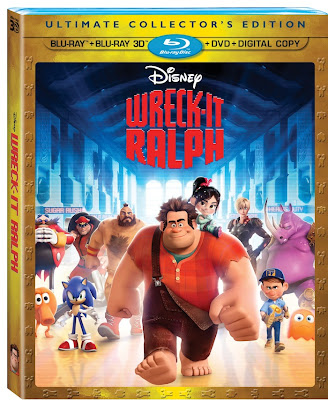 From Walt Disney Animation Studios and Emmy®-winning director Rich Moore comes “Wreck-It Ralph,” a hilarious, arcade-game-hopping adventure. For decades, Ralph (voice of John C. Reilly) has been overshadowed by Fix-It Felix, Jr. (voice of Jack McBrayer), the good-guy star of their game who always gets to save the day. Tired of playing the role of a bad guy, Ralph takes matters into his own massive hands and sets off on a journey across the arcade through multiple generations of video games to prove he’s got what it takes to be a hero.

On his quest, Ralph meets tough-as-nails Sergeant Calhoun (voice of Jane Lynch) from the first-person action game Hero’s Duty, and feisty misfit Vanellope von Schweetz (voice of Sarah Silverman) from the candy-coated cart racing game, Sugar Rush, who may just be his first real friend. But everything changes when a deadly enemy is unleashed, threatening the entire arcade and Vanellope herself. Ralph finally gets his chance to save the day—but can he do it in time?

Wreck-It Ralph is available for purchase on HD Digital and HD Digital 3D versions since February 12th and will be out on Blu-ray combo pack, Blu-ray 3D, DVD, SD Digital and On-Demand March 5, 2013.


·       Bit by Bit: Creating the Worlds of “Wreck-It Ralph” – Fans of the film will get a look at five new worlds created for “Wreck-It Ralph.” This takes viewers into Game Central Station with the artists who brought Sugar Rush, Hero’s Duty and Fix It Felix Jr. to life.
·       Alternate & Deleted Scenes – Have four separate scenes are highlighted with an introduction and optional audio commentary from director Rich Moore.
·       Video Game Commercials – Viewers can check out the commercials created for the video games featured in the film - Fix It Felix Jr., Sugar Rush, Hero’s Duty and Fix It Felix Hammer.
·       “Paperman” – This animated short film played in theaters before “Wreck It Ralph.” It tells the story of a young man in an office who sees the girl of his dreams in a skyscraper window across the street. But how can he get her attention?
·       Only on Blu-ray Disney Intermission: The Gamer’s Guide to “Wreck-It-Ralph” – When the film is paused, host Chris Hardwick appears on screen to guide viewers through a series of 10 video segments offering an inside look at the many video game references, Disney references and other hidden surprises featured in the film. 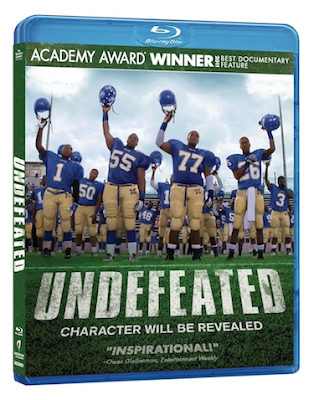 UNDEFEATED came on Blu-ray and DVD February 19th.  This 2011 Oscar-Winning documentary tells the true story about the Manassas Tigers, an underprivileged high school football team, who overcome adversity by coming together as a team and never accepting defeat.
This is an inspirational one-of-a-kind sports movie that the whole family can enjoy watching.  It shows how the volunteer coach helps the underdog football team to realize their dreams.  We can't wait to watch this movie about courage and character. 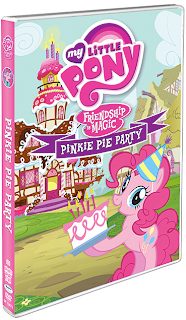