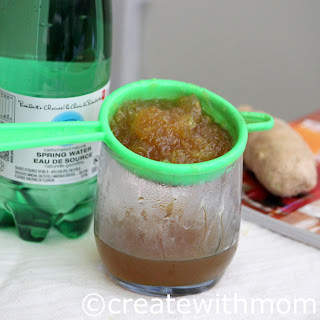 The Artisan Soda workshop has 70 syrup recipes to make flavourful fizzy homemade sodas.  With this book, we can make our own combination of refreshing sodas at home and avoid canned carbonations.  The step-by-step instructions are easy to follow to make fruit, herb and spiced bubbly drinks.

I like the bit of history given in the beginning of the book about carbonated drinks.  Carbonated drinks were originally produced because of medicinal benefits.  Coca cola made in 1886, derived from coca leaves and kola nuts.  Pepsi cola came 12 years after coca cola, which is made with pepsin and kola nuts.  The cans and bottles replaced the traditional soda fountains in the 1920s. 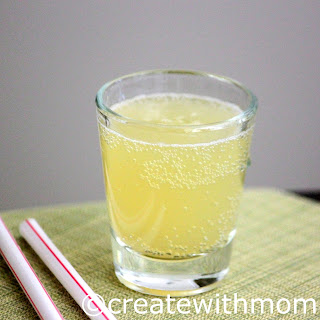 When making sodas at home we can cut down on the amount of sugar and use fresh fruit without artificial flavour.  We can also use sugar alternatives such as coconut palm sugar.  The suggested syrups can be used in pancakes, French toasts, oatmeal, ice cream, smoothie or in a salad dressing combined with oil and vinegar. I also used the syrup to make spicy hot tea. 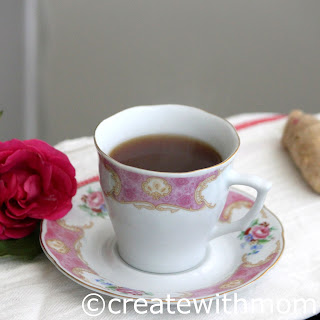 The taste and flavours of the carbonated drinks made at home will not be the same as the ones sold in the store and it is a little bit more work than opening a can :) but it is worth it because mass produced store-bought soda has chemicals, high fructose and corn syrup.
The appendix in the end of the book has recipes separated by seasons, which is helpful to pick one and get started.

If you have a soda stream, you can use it to make carbonated water then add syrup and flavour to it.  We can also control the amount of carbon dioxide that we put with this type of machine.
I used the carbonated natural spring water from PC to make this ginger ale.  I made half of the ginger syrup recipe from the book. 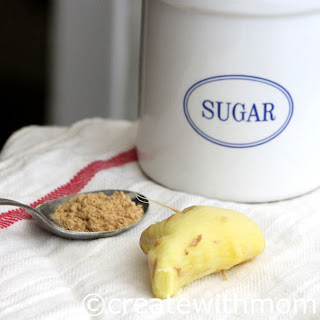 Bring the water, sliced or grated fresh ginger and sugar to a boil in high heat.  Add the ginger powder to the syrup and let it simmer in medium heat for about 10 minutes until the syrup is half the amount you started with.
Strain the syrup through a fine mesh and let it cool.  Add 3 tbsp or more syrup to taste into 1 cup of cold seltzer or carbonated water and serve.  The syrup can be kept in the fridge for unto 5 days in a container. 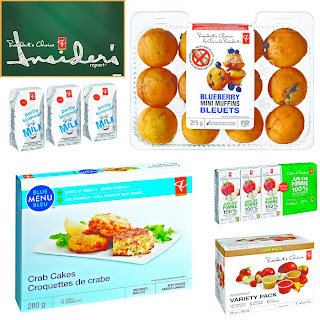 President Choice also has a few new products just in time for back to school.  We all need some pre-prepared options for the busy days.  Here is a highlight of some of the products. 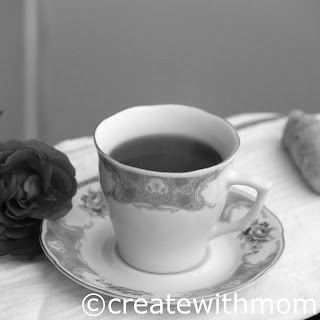 This picture goes to black and white event hosted at tomato blues.

Email ThisBlogThis!Share to TwitterShare to FacebookShare to Pinterest
Labels: artisan soda workshop, back to school, book review, drink, ginger ale, loblaws, president choice, review, summer
Older Posts Home
Subscribe to: Posts (Atom)
You will find reviews of products we like, and giveaways for you to win.
You can follow us at