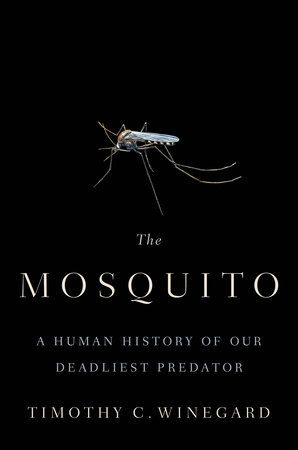 We have been reading the pioneering and groundbreaking work of the narrative nonfiction The Mosquito by Timothy C. Winegard that offers a dramatic new perspective on the history of humankind, showing how through millennia, the mosquito has been the single most powerful force in determining humanity's fate.

Across our planet since the dawn of humankind, this nefarious pest, roughly the size and weight of a grape seed, has been at the frontlines of history as the grim reaper, the harvester of human populations, and the ultimate agent of historical change. As the mosquito transformed the landscapes of civilization, humans were unwittingly required to respond to its piercing impact and universal projection of power.

The mosquito has determined the fates of empires and nations, razed and crippled economies, and decided the outcome of pivotal wars, killing nearly half of humanity along the way. She (only females bite) has dispatched an estimated 52 billion people from a total of 108 billion throughout our relatively brief existence. As the greatest purveyor of extermination we have ever known, she has played a greater role in shaping our human story than any other living thing with which we share our global village.

Imagine for a moment a world without mosquitoes! Our history and the world we know, or think we know, would be completely unrecognizable. Driven by surprising insights and fast-paced storytelling, The Mosquito is the extraordinary untold story of the mosquito's reign through human history and her indelible impact on our modern world order. 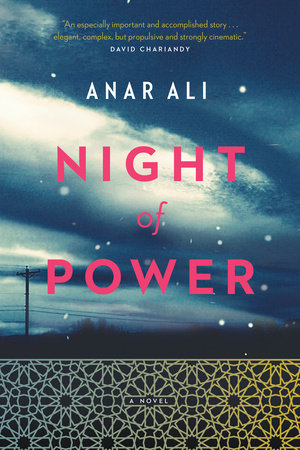 Night of Power, a novel written by Anar Ali portraits a Muslim family from the heady days in Uganda to hard times in their new country Canada, and the tragic accident that forces them to confront their past actions. It is a really good book that will keep adult readers hooked!

I really like how the author keeps the reader engaged and active by going between the perspectives of the three main characters, time, and incidents. I also like how the author makes this fiction relatable to many, and reminds us how life changes quickly depending on what happens around us such as injustices of displacement and the nuances of identity - of losing a home and coming home again. She brings up conversations of how some families deal with things that happen to them, and about Canadian identity. For example, although people fully accept themselves as Canadians, others keep asking where you are from or what your background is. Ali's descriptions are vivid allowing the reader to imagine the sceneries and scenarios that happen in this novel.

The story based in 1998 is about...
Mansoor Visram who has lived in Canada for 25 years, ever since dictator Idi Amin expelled South Asians from Uganda. As a refugee with a wife and child, Mansoor has tried his best to recreate the life they once had, but starting over in Canada has been much harder than he expected. He's worked as a used car salesman, as a gas station attendant, and now he runs a small dry cleaner in suburban Calgary. But he's hatching plans for a father and son empire that will bring back the wealth and status the Visrams enjoyed in Uganda. The problem is, his son Ashif does not share his dreams, and he's moved across the country to get away from his father. He's a rising star at a multi-national corporation in Toronto, on the cusp of a life-changing promotion, but he can't seem to forget his girlfriend from long ago. Mansoor's wife, Layla, has spent the past decade running her own home cooking business and trying to hold her family together. But Ashif rarely comes home to visit and Mansoor's pride has almost ruined their marriage. The issues that began generations ago and continents away reappear, Mansoor, Ashif, and Layla drift further and further apart. On the Night of Power, a night during Ramadan when fates are decided for the next year, a terrible accident occurs. Night of Power is a heart wrenching story of a family in crisis. 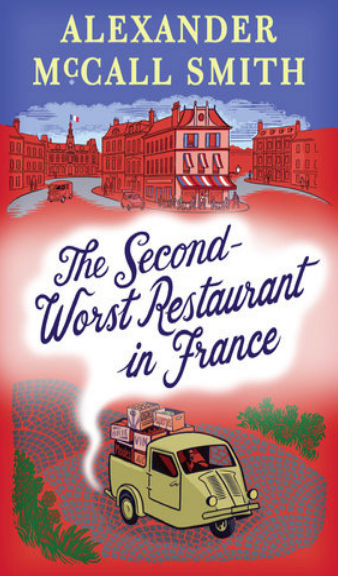 The Second-Worst Restaurant in France A Paul Stuart Novel Written by Alexander McCall Smith is a fun to read book with humour and romance. In this delightful sequel to the bestselling comedic novel My Italian Bulldozer, Paul Stuart's travels take him to a French village, where the local restaurant's haute cuisine leaves a lot to be desired.

Renowned Scottish cookbook writer Paul Stuart is hard at work on his new book, The Philosophy of Food, but complicated domestic circumstances, and two clingy cats, are making that difficult. So when Paul's cousin Chloe suggests that he join her at the house she's rented in the French countryside, he jumps at the chance. The two quickly befriend the locals, including their twin-sister landladies, who also own the infamous local restaurant known to be the second-worst eatery in all of France.

During their stay, the restaurant's sole waitress gives birth mid-dinner service and the maitre d' storms off after fighting with the head chef. Paul is soon drafted to improve the gastronomy of the village, which Chloe, ever on the hunt for her next romance, busies herself with distracting the handsome but incompetent chef. Could he become husband number six? With all this local drama to deal with, Paul finds it next to impossible to focus on his writing, and that's before he learns that Chloe's past is far more complicated than he'd ever imagined. Paul calls upon his experiences with food and people to bring order back to the village. During this time, he learns something about family and about himself. I totally recommend this book, it is a fun quick read. 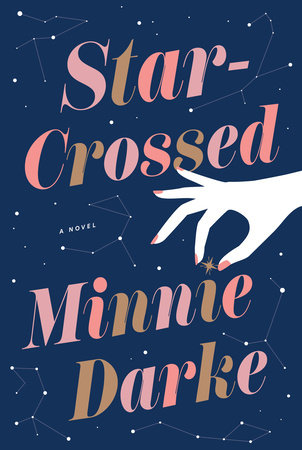 Star-Crossed by Minnie Darke is about childhood sweethearts Justine, a Sagittarius who is a serious skeptic, and Nick an Aquarius and true believer that bump into each other as adults. Justine wants Nick to fall in love with her, and thinks that even destiny needs a little bit of help.

Justine works at the Alexandria Park Star, and Nick, she now learns, relies on the magazine's astrology column to guide him in life. Looking for a way to get Nick's attention, Justine decides to make a few small alterations to the Aquarius copy before it goes to print. But, of course, Nick is not the only Aquarius making important life choices according to what is written in the stars, and the doctored horoscopes end up reverberating throughout the lives of the column's devoted readers as well as those who cross their diverted paths.

Star-Crossed is a fun book to read that is about fate and chance, and how we all navigate choices that are hard to face alone. 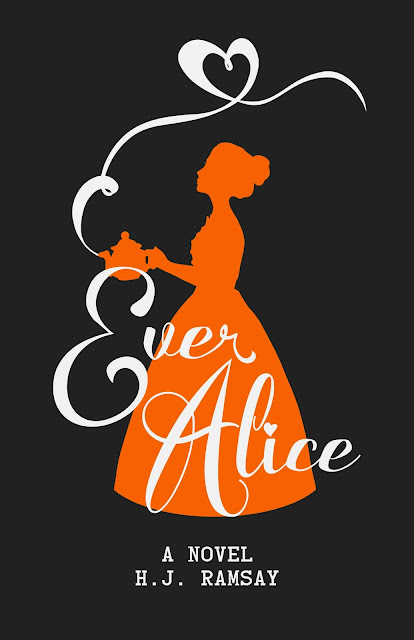 Ever Alice written by H.J. Ramsay retells the classic story of Lewis Carroll's Alice In Wonderland. In this novel, the 15 year old heroine Alice is classified "mad" and resides in an asylum because of her stories of Wonderland. She is desperate to prove to her family and doctors what she saw was real. In Wonderland, the Queen of Hearts beheads all her closest companions, frantically trying to find the traitor who is out to kill her before times runs out. The White Rabbit tracks down and saves Alice in time from a dangerous procedure, and recruits her to the secret Aboveground Organization with the mission to kill the Queen before more beheadings happen. Ramsay stays true to Carroll's original work with the language, humour and reference to 19th century Europe, while creating a unique Wonderland.

The book mentions how mental illness was treated in the Reconstruction era and how the treatment has changed over the past 150 years. Ramsay explores issues such as nature vs. nurture, the role of our pathos, ethos, and logos that can help define what is real and what is not, the drama of the monarchs from Tudors, Elizabethan, and Victorian periods, and the original themes, characters, and settings of Alice in Wonderland.

The novel has many references to the original story, however Ever Alice has a thicker plot with many twists and turns as Alice returns to Wonderland with the unexpected always happening. Ever Alice is a really interesting novel and a must read for ages 14+. The book will leave readers stunned by how everything is cleverly connected and crafted in Ever Alice.

Disclosure: Received copies of these books to review. Please note that all opinions and thoughts expressed are my own. All rights reserved on photographs and written content Createwithmom © 2010 - 2019. Please Ask First