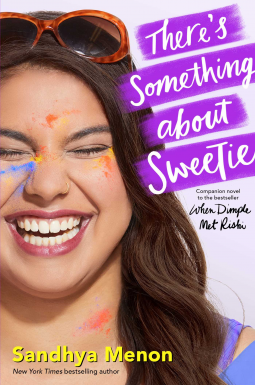 There's Something about Sweetie by Sandhya Menon is a fun book to read about being happy about yourself and falling in love; it was like watching a movie. I like how the main character Sweetie stands up for herself without letting other people's perception of her body image take charge of how she felt about herself. Even when her mother was being over protective thinking being "fat" is a bad thing, Sweetie proved that she was healthy, happy, and was a good person. This book will be enjoyed by teens and adults.


The story of Something about Sweetie is about...
Ashish Patel, a handsome basketball player who was dumped by his ex-girlfriend loosing his mojo and in a moment of weakness challenges his parents to set him up with a girl of their choice. Ashish's mother tries to talk to Sweetie's mother, but she declines it because she doesn't think they would make a good match because Sweetie is "fat". Sweetie hears this, and decides to go behind her mother and call Ashish.

When Ashish and Sweetie decide to see each other, Ashish's parents the Patels insist that Ashish date this Indian-American girl under contract where they can go on four “fun” excursions, especially since Sweetie's parents didn't know about it. Sweetie Nair is a track athlete who can outrun most people in California, a loyal friend, a shower-singing champion. Sweetie loves her parents, but she’s so tired of being told she’s lacking because she’s fat. She decides it’s time to kick off the Sassy Sweetie Project, where she’ll show the world (and herself) what she’s really made of. Ashish and Sweetie both have something to prove. But with each date they realize there’s an unexpected magic growing between them. 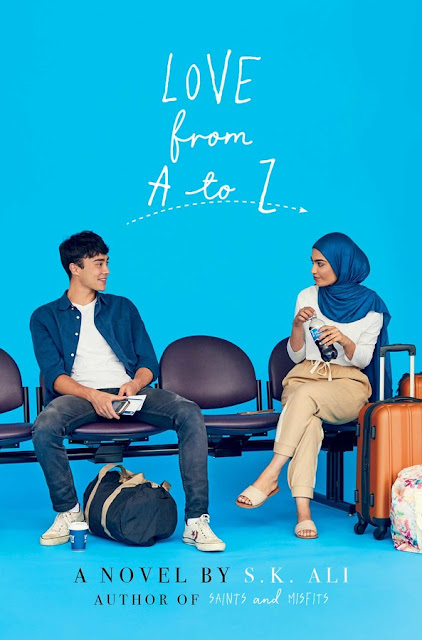 Love from A to Z by S.K. Ali was a fun book to read; this sweet story of love, hardship, and faith made me smile and brought me to tears. I like how the author tells the story in the point of view of the main characters, Zayneb and Adam.

I totally recommend this book for young adults and adults. It is a book that will soften our hearts and make us empathetic. The book brings to light topics such as multiple sclerosis, living in a different country, about family, Islamophobic experiences that the author personally experienced and more.

I like how the author reminds the readers to marvel at the littlest things we don't pay attention to despite the oddities we may encounter. I enjoyed the first book, Saints and Misfits, by this author as well. 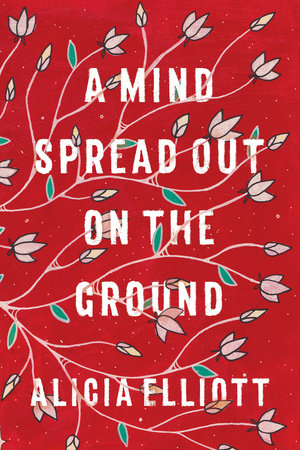 A Mind Spread Out on the Ground is a bold and profound work by Haudenosaunee writer Alicia Elliott. There are topics about trauma, legacy, oppression and racism in North America. It is a book that asks essential questions about the treatment of Native people in North America while drawing on intimate details of the author's own life experience with intergenerational trauma, insight and understanding of the ongoing legacy of colonialism. The author writes about topics that make you think and attempts to answer question such as...
What are the links between depression, colonialism and loss of language--both figurative and literal? How does white privilege operate in different contexts? How do we navigate the painful contours of mental illness in loved ones without turning them into their sickness? How does colonialism operate on the level of literary criticism?

The author writes about a wide-range of topics such as race, parenthood, love, mental illness, poverty, sexual assault, gentrification, writing and representation. Elliott makes connections both large and small between the past and present, the personal and political--from overcoming years-long history with head lice to the way Native writers are treated within the Canadian literary industry; her unplanned teenage pregnancy to the history of dark matter and how it relates to racism in the court system; her childhood diet of Kraft dinner to how systematic oppression is linked to depression in Native communities. With deep consideration and searing prose, Elliott extends far beyond her own experiences to provide a candid look at our past, an illuminating portrait of our present and a powerful tool for a better future.

I like how the author openly discusses issues on how the Indigenous people were invaded, robbed, enslaved under the premise that they were enemies of Christ. How the polices and practices issued does not consider Indigenous people as humans and how their lands were thought of as vacant land in which the Christian Monarchs had the "right" to claim. The author reminds us that this is not an issue of the past as the Doctrine of Discovery is still cited in the judicial system to keep the Indigenous tribes that complain quiet. Elliott highlights how the language of the people were made to forget, as everyone knows that culture lives and breathes inside the language since language helps express the way people see the world; the loss of the language is still affecting this society which can be seen in the higher rates of suicide among Indigenous people.

The author says when people define themselves with terms such as "diversity", "ethnic", and "exotic" they are actually measuring themselves in terms of whiteness, giving a higher preference to whiteness. It is interesting how she mentions some estranged parents are similar to Canada, where they hurt people they claim to value, and when these people decide they have nothing to do with it anymore they ask what wrong have they done, acting both hapless and helpless. When they are told what they did wrong and how it made you feel, they will turn it around and say that it is your fault for misunderstanding what they had meant. The context, feelings and boundaries of the children doesn't matter to these parents  or country the only thing that matter is how they felt at any given moment.

I like how the author lays it out there and writes her mind. For example, how she compares the gallery exhibit of Squamish weaved blankets in the Museum of Anthropology to the solo exhibit of Brent Wadden's art at the Contemporary Art gallery in Vancouver and says, “some things only matter when a white man does them.” It is heartbreaking to read about the poverty that people in our own country go through we are either unaware or ignorant of. Everyone talks about genocide that happens everywhere, but not of the one that happens in their own country. The author eloquently explains the treaties such as the Two Row Wampum that wasn't upheld. I like how the author makes the reader contemplate and think about acts that have happened and are happening. This is an interesting book I recommend everyone to read. 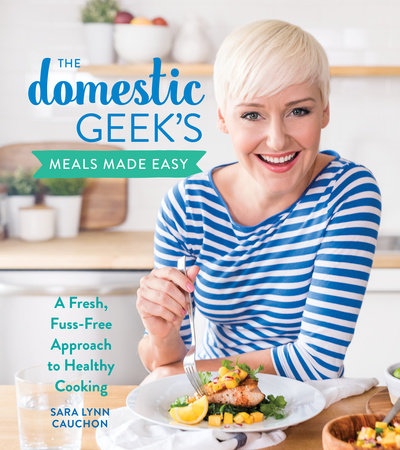 The Domestic Geek's Meals Made Easy: A Fresh, Fuss-Free Approach to Healthy Cooking by Sara Lynn Cauchon has a variety of recipes for breakfast, lunch, dinner, as well as ways to make a variety of veggies and essentials.
The Domestic Geek is one of YouTube's cooking shows where she makes fresh, fun, no-fuss style of cooking. Her easy recipes are big on flavour and have a healthful twist. She doesn't use fancy, hard-to-pronounce ingredients to prepare dishes like Greek Chicken Soup, Veggie Fried Quinoa, or Easy Peasy Risotto. Sara Lynn teaches how to master basic cooking techniques while offering variations for example for her sheet pan supper series that includes recipes for Ranch Roasted Chicken and Veggies, Chili Lime Shrimp Fajitas and Halibut with Green Beans, Tomatoes and Olives. For cooks who want to mix it up in the kitchen, Sara Lynn offers vegetarian, vegan, and gluten-free alternatives, as well as simple swaps to make recipes more family-friendly.

All rights reserved on the opinion of the written content Createwithmom © 2010 - 2019. Please Ask First