Learning about Wendat and Jesuits at Sainte-Marie Among the Hurons 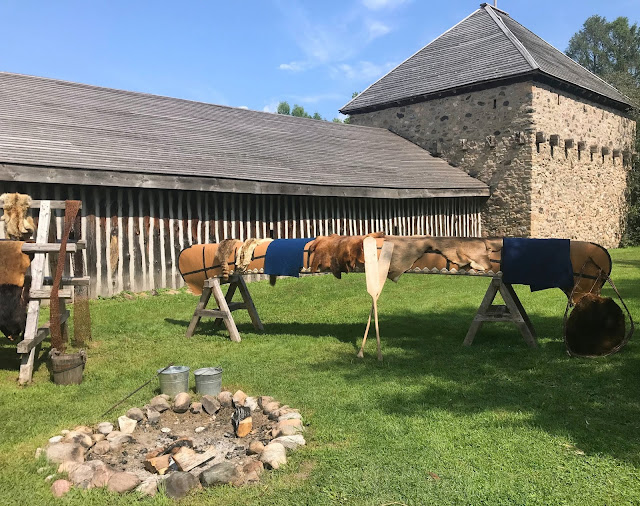 This summer when we visited Wendake in Quebec, we learned about the Huron Wendat people and how their lifestyle and lives changed after making contact with the French Jesuits in the 1600s. Our curiosity led us to Sainte-Marie Among the Hurons in Ontario. 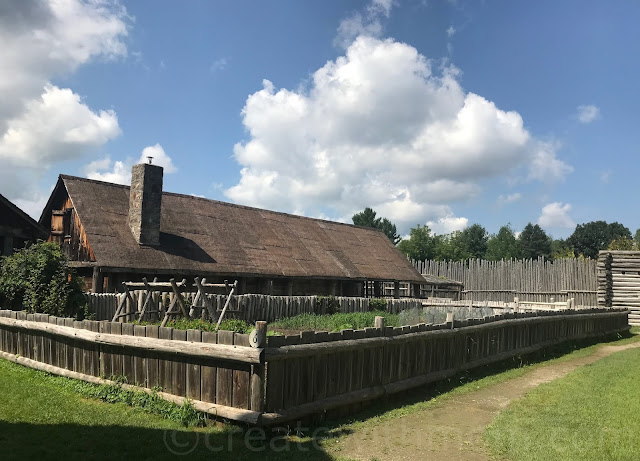 This site which is in Wendat territory takes us back in history, and gives a more in-depth understanding of how the cultures came together, and how it impacts our history and nation today. 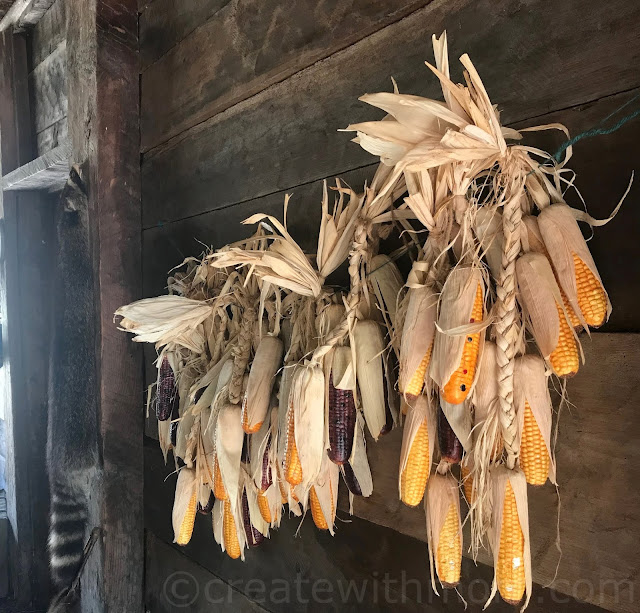 The permanent residence of Jesuits and their labourers were founded in 1639. The soldiers occasionally accompanied the missionaries from Quebec and wintered at Sainte Marie. 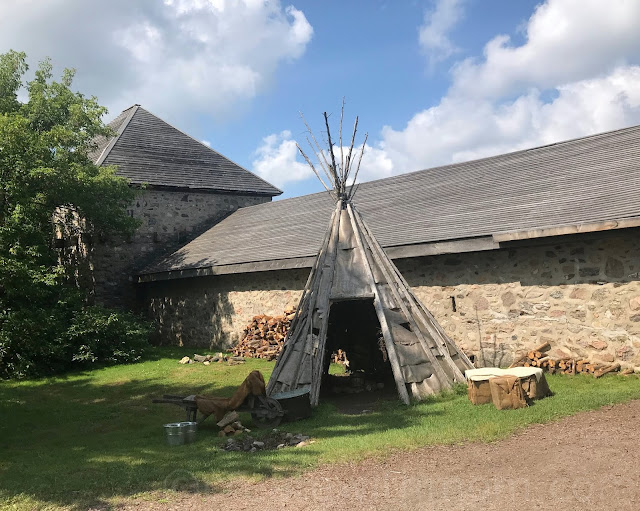 We saw Jesuit's residence, where they discussed mission work, shared progress in learning the Wendat language. It was a home and a place of spiritual retreat. It was interesting to see how small the spaces were, and their simple beds and work tables. 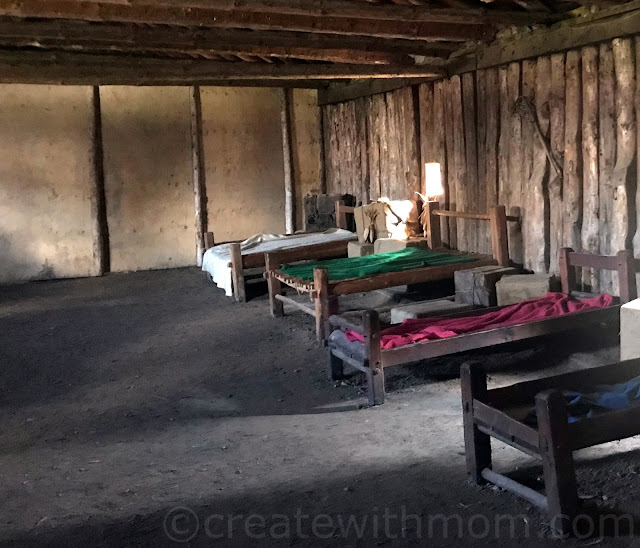 We joined in for a session of quill writing using geese feather cut in a 45 degree angle that is dipped in ink. 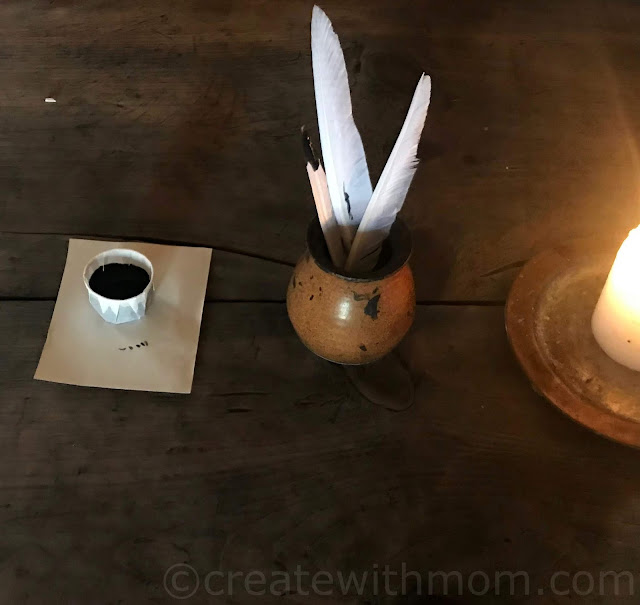 We also saw how they did their laundry. 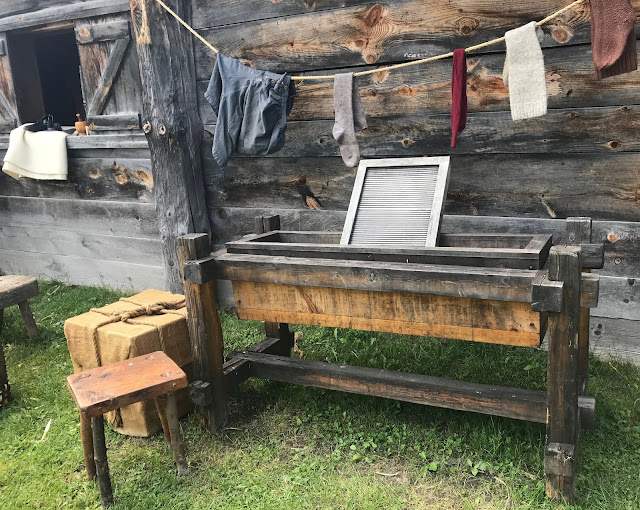 The carpenter shop in the village was used to make wooden furniture, as they tried to be self-sufficient. We were able to ask questions and gain more knowledge about the types of tools that were made at the blacksmith shop. 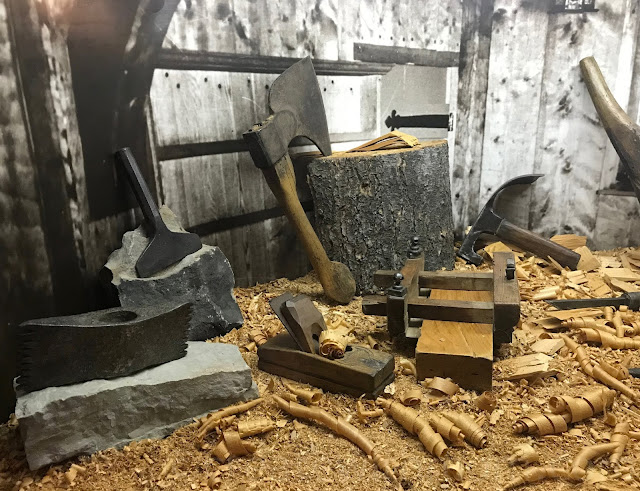 The iron was imported from France and because it was difficult to transport, it was a scarce and valuable material for the people at this time where they travelled through the St. Lawrence river for days and had about 30 portages. 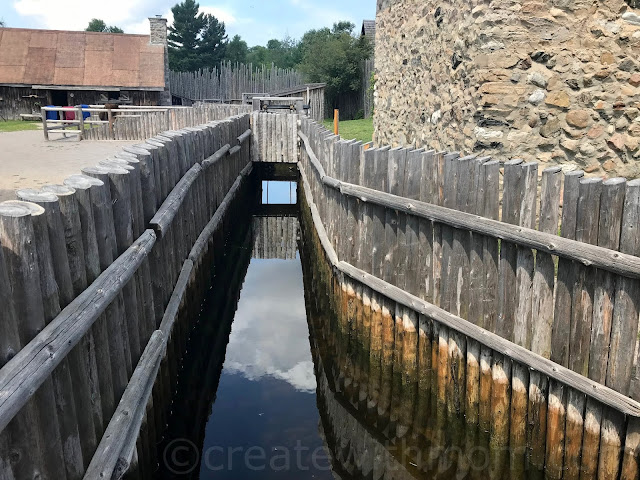 There was a canal that permitted canoes to enter from the river. We can see the Wye river in Tay Township close to Georgian bay. 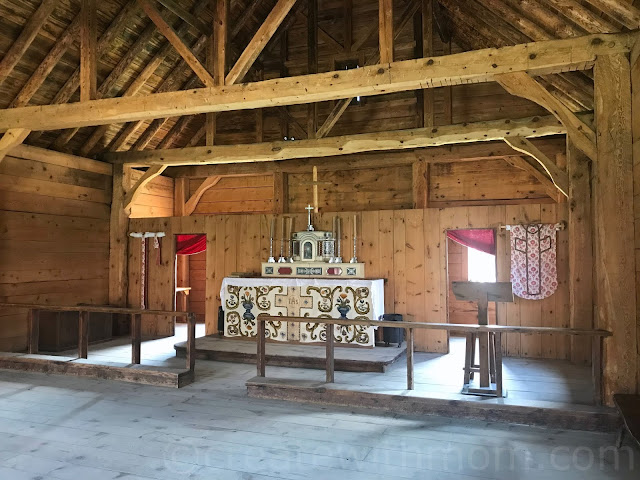 There was a church built to bridge gaps between the Wendat and French culture, this was different from the church we saw at the entrance dedicated to the Jesuits as they wake up early in the morning for prayers. 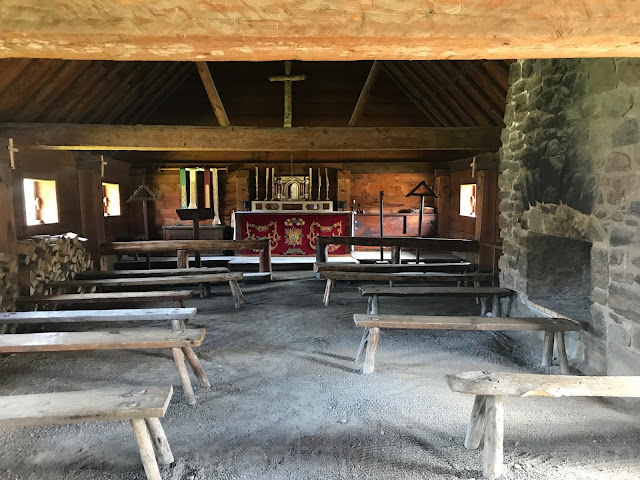 We also saw a Christian longhouse, different from the longhouse we have seen during our travels to Wendake, as this longhouse was more like a temporary place for visiting converts to stay at. 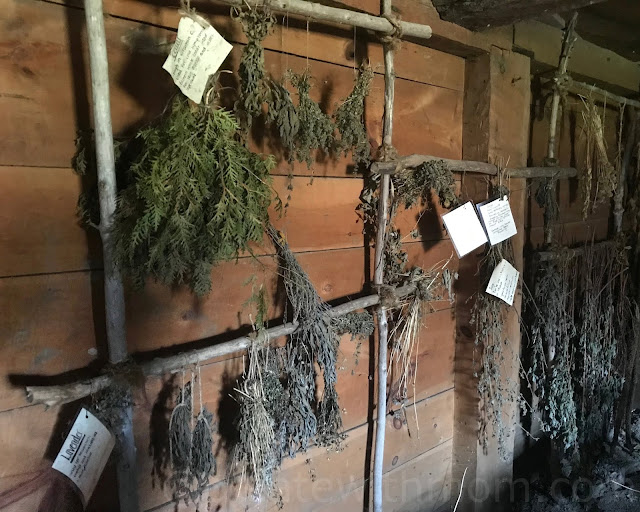 The apothecary shop and garden were interesting to see, as they used plants such as mint, sumac, yarrow in the 17th century for medicinal purposes. 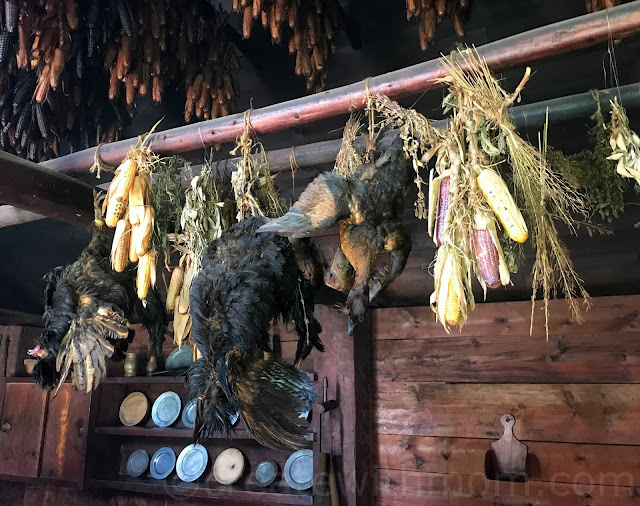 The historic cookhouse taught us about 17th century cooking, where we discussed French and Wendat food and sampled corn bread. 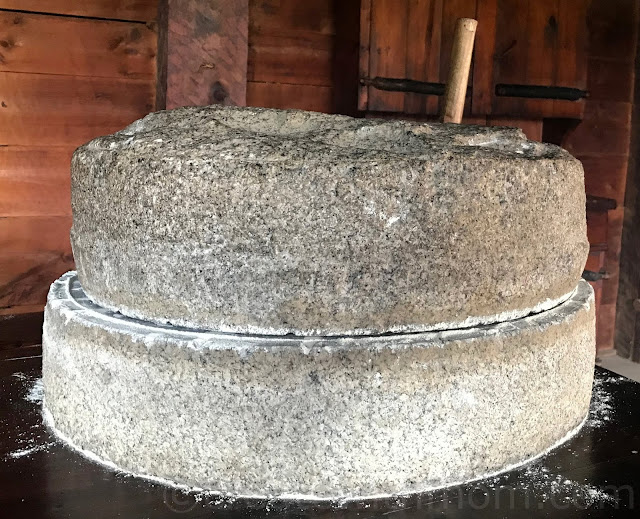 The tool on the top is a manual grinder that was used to grind dry corn and make corn flour. 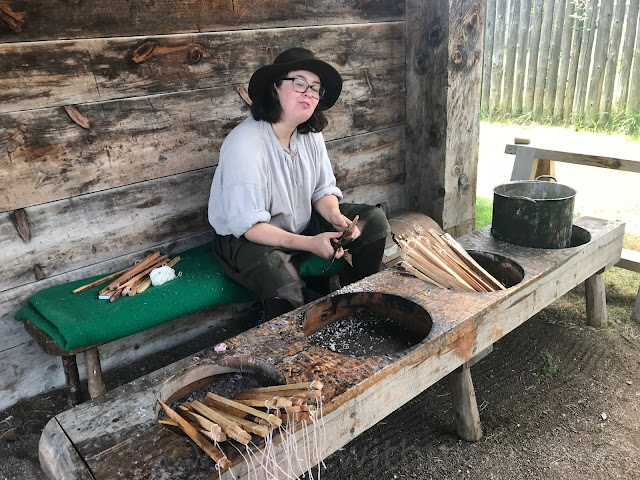 We had opportunities to participate in doing Indigenous crafts with clay where we made small pots and shaped into animal shapes. They also had games and candle making. 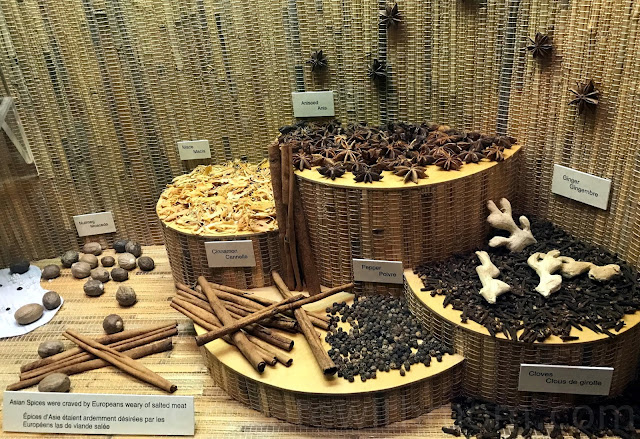 By the winter of 1648 to 1649, Huronia was ravaged by disease and conflict that the Jesuits abandoned and burned Sainte-Marie. A few of the Wendat followers moved to Christian Island. The following year the Jesuits and Hurons withdrew to Quebec. 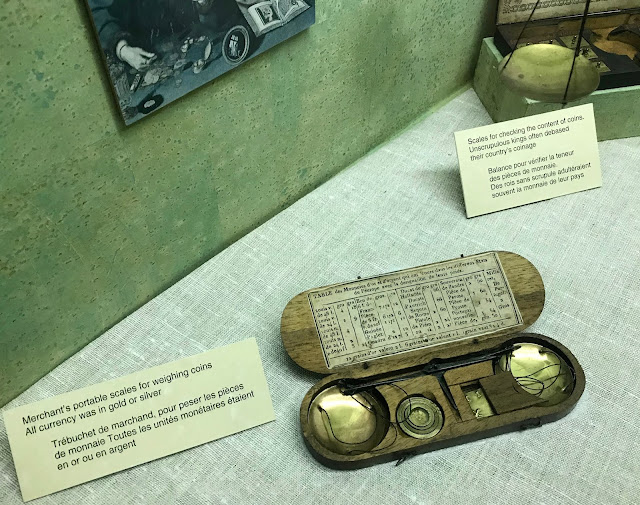 The tour ends at the museum, where we able to read and learn more about the lifestyle and beliefs of the Wendat and First Nations people, see what other changes were happening at the same time around the world and more.

All rights reserved on photographs and written content Createwithmom © 2010 - 2018. Please Ask First Disclosure: Please note that all opinions and thoughts expressed are my own.