Dragon Fans Defenders of Berk Part 1 is on DVD 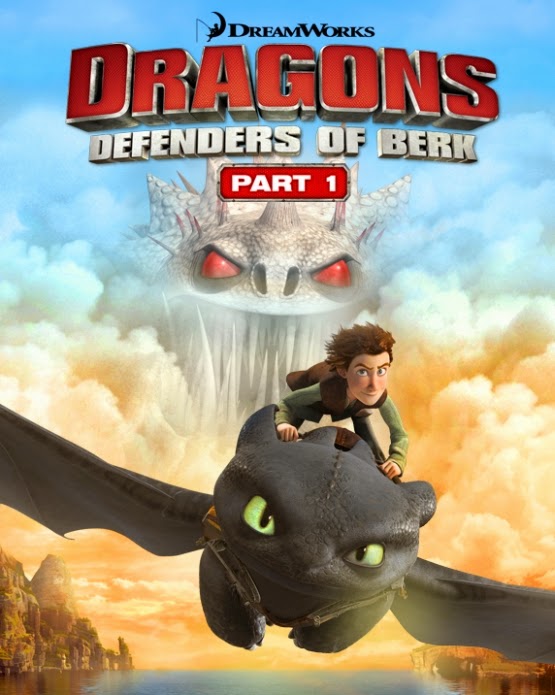 
Dragon fans would want to catch up before the summer release of How to Train Your Dragon 2 hits theatres June 13th by watching Defenders of Berk and Riders of Berk. This DVD will also kick off the franchise’s Dragon game apps, books and other fan experiences releasing throughout the year. The DVD of the 2013 Annie Award winner for Best Animated Television Production for Children is loaded with exciting bonus content for the whole family to enjoy and contains 10 epic adventures and four all-new dragons.

In this DVD Hiccup and his fellow dragon trainers battle to protect their island home. The young Vikings must put their dragon training skills to the test to defeat dangerous and surprising new enemies. The series features original voice talent from the film including Jay Baruchel, America Ferrera and Christopher Mintz-Plasse and will include, Zack Pearlman and more.

The DVD has special features that show the exciting world of Dragons, including Dragon Tracker Part 3 featuring an in-depth look at the Screaming Death, Fireworm Queen, Flightmare and Skrill dragons; Evolution of Screaming Death, a feature with visual effects supervisor David Jones who explains the history behind this interesting and scary dragon; and the “SuperFly” Dragon Mash-up music video.