The Game of THINGS 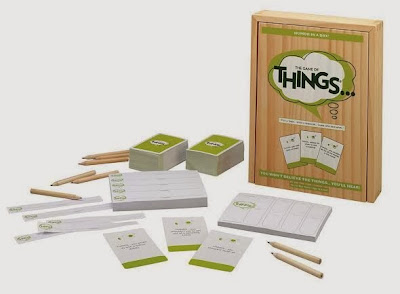 The Game of THINGS was invented by chance when the three North Bay boys, Tom and Ted Quinn and Mark Sherry were simply trying to make each other laugh. After five years of those same family and friends telling them that this was the funniest game they had ever played, the friends took another year to design and develop it into what is now on store shelves. 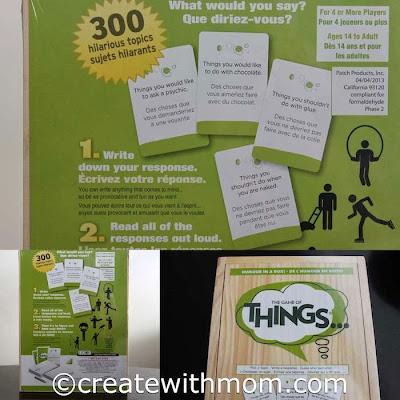 The Game of THINGS is a lot of fun since anyone who can read and write can play. There are 300 cards with topics such as "THINGS... people do when no one is looking. THINGS... you wouldn't do for a million dollars." Most of these questions are for adult audience and it is more fun to play with adults.

THINGS stretches the imagination of its players throwing aside all of the usual game skills such as answering questions, drawing pictures or being the fastest to respond. Instead it encourages the participants to be creative. At the beginning of each round, a topic is read out and then each player secretly writes down their responses, which are revealed and the players take turn trying to guess who said what. Players who responses are identified are eliminated. The round continues until there is only one player left. 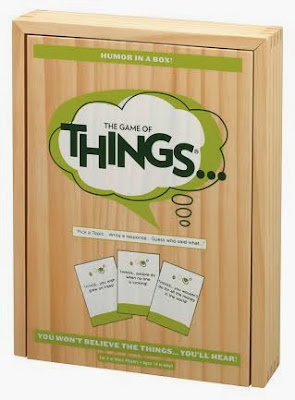 The objective of this award winning game is to generate laughter and it would make a good gift to give adults and families with young adults. This game has sold over 1.5 million copies across North America and is available at select retailers across Canada, including Walmart and Toys R Us, for $39.99. Check www.thegameofthings.com for other retailers.