All About Transformers and Your Chance to Win 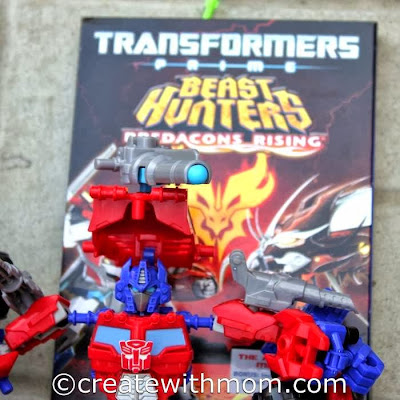 My son is all about superheroes and loves playing with Transformers. He was very excited to watch Transformers Prime: Beast Hunters Predacons Rising and the Transformers Rescue Bots episodes, so he can replay the stories with the Hasbro Optimus Prime and Megatron Transformers toys. 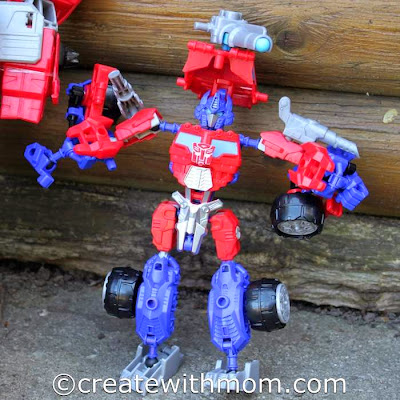 Both my son and daughter enjoyed watching the captivating storyline of Transformers Prime: Beast Hunters Predacons Rising, an Emmy® Award winning series by Shout! Factory and Hasbro Studios, which is out on blu-ray and DVD October 8th. The movie is about an Unicron that has taken over the now-lifeless body of Megatron to seek vengeance on the Autobots and ultimately, the destruction of Cybertron. This formidable enemy forces an unlikely alliance between the Autobots, Decepticons, Predaking and two new Predacons, who come together in an epic battle to help protect their newly restored planet. 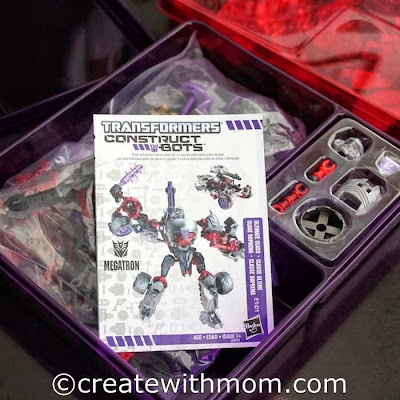 My son loves all the things he can do with transformers; construct, customize, battle and convert these imaginative toys. He got help from his dad to build the transformers and to follow the instructions. It is fun to watch him remaking the movies with his transformers. 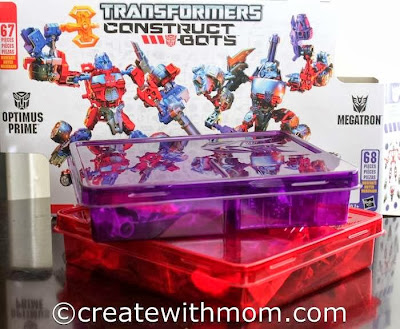 As a parent, I really like that the Construct Bots come in two storage trays. The storage trays helps us clean up after playing as well as keep the pieces from getting lost. The 135 pieces build 2 transformers robots, Optimus Prime and Megatron. 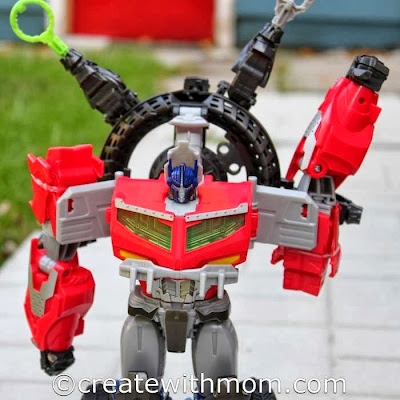 This Optimus Prime, Beast hunter is outfitted with the supreme power of fire breath cyclocannons so he can become a whirlwind of righteous devastation from which not even Predaking can hide. My son likes to turn, press and fire the five spinning cannons and rapid-fire missiles. There are glowing battle lights/ windshield in the Dragon Assault truck mode that lights up. Watch this video to see Optimus Prime shooting his cannons and missiles.
Watch for the Transformers Rescue Bots: Griffin Rock Rescue, which will be on DVD October 22nd. The fun filled five episode collection are sure to please Transformers fans as the Rescue Bots along with their human friends encounter Dr. Morocco's strange new invention, learn about the mysteries of the Griffin Rock Triangle and accidentally shrink themselves in gigantic adventures.
Giveaway:
If you want to win a copy of the Transformers Prime: Beast Hunters Predacons Rising DVD and a Transformers Prime: Beast Hunters PREDAKING toy then enter the rafflecopter giveaway below before October 25th. This giveaway is open to everyone in US and Canada.
Update: The winner is Lori 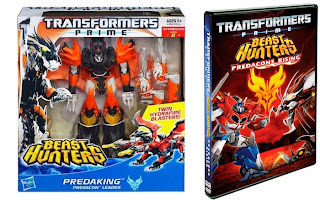