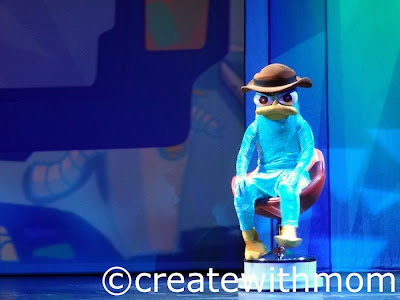 We had a fabulous time watching Disney's live performance, Phineas and Ferb when they came to Roger's Centre, Toronto last weekend.  This show was very entertaining and engaging for children and adults.  We liked the music, energy, the songs, costumes and the liveliness of the show. 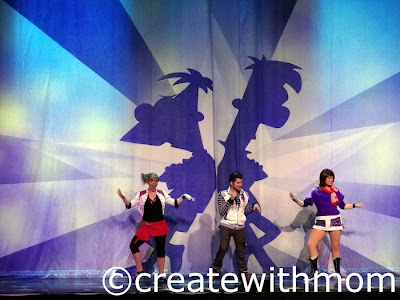 About 10 minutes before the show started some of the performers got our attention by asking questions related to Phineas and Ferb.  My daughter knew the answer from the TV series, which made her more excited. 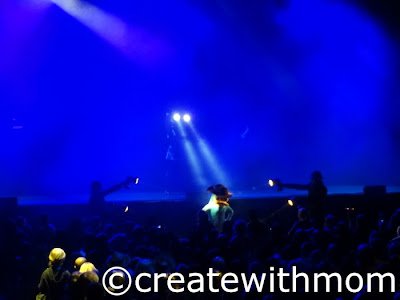 My son was looking forward to see Perry from the start, so he was excited when Perry the Platypus entered the show in the midst of the audience with lights flashing and bodyguards around him. 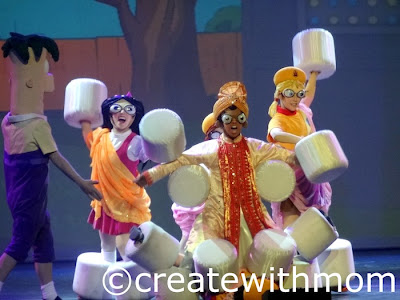 My son's favourite part was the Bollywood dance; he found it quite funny and was laughing about it even after the show.

The backdrop (or cyclorama) was very original and I liked how they incorporated it to the show. 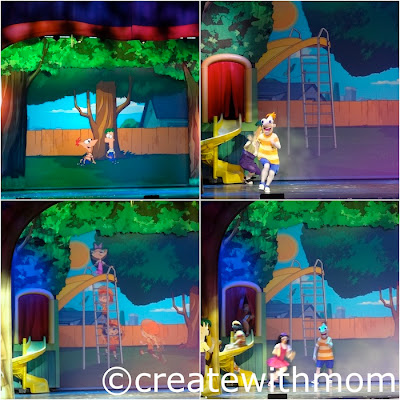 When the characters came into the stage. 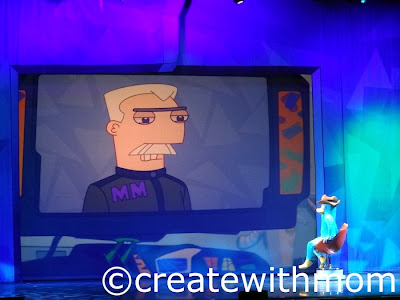 When Perry was talking. 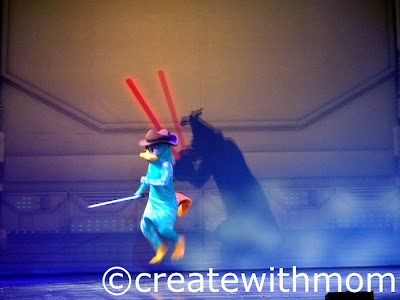 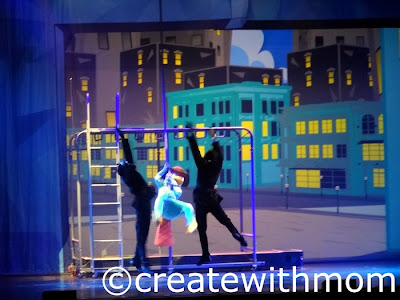 Perry fighting with the bad guys and ninjas. 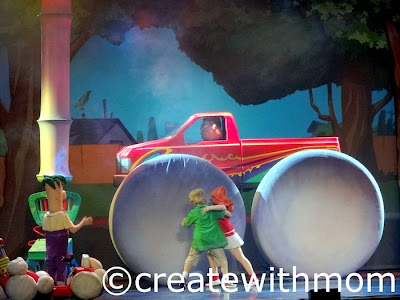 The monster truck, that resembles the Monster Jam trucks.  I will be posting about that soon. 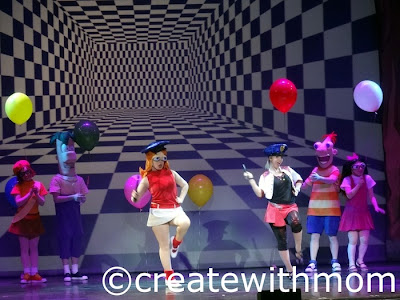 My daughter likes the part when the "busted" song was played.  My husband and I really enjoyed all the parts, especially when Candace was controlled by the machine and she acted like Vicki from the 80s TV show Small Wonder. 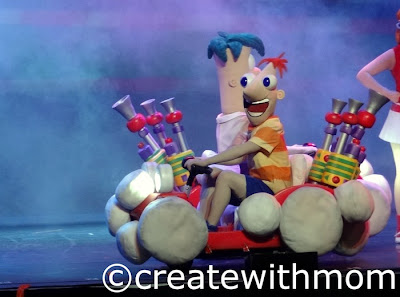 The show kept the audience engaged throughout, as some goodies were thrown for the audience to catch, balls bounced and in the end there were glittery paper thrown in the VIP section.  Some children from the VIP section were also asked to come on stage to dance.  I thought it was well choreographed that it put me in the mood to start planning for summer :) 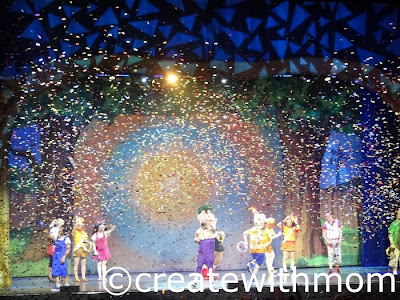