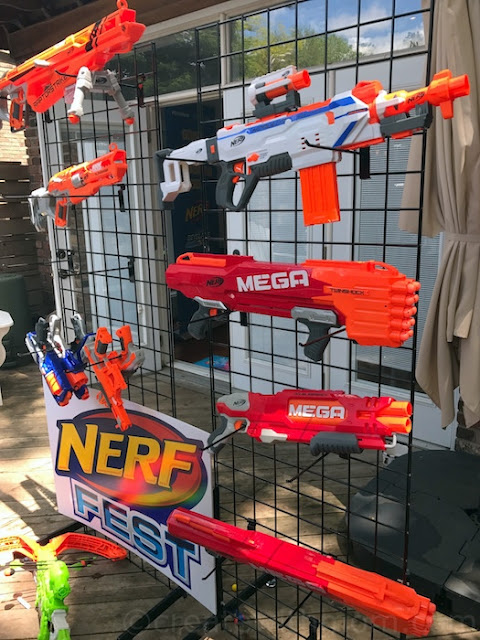 We have been celebrating Nerf Fest this September with fabulous new Nerf toys. Our favourite is the Nerf Nitro FlashFury Chaos. This fun toy allows children to create awesome stunts by firing foam cars from blasters.

The blaster allows to fire 3 cars in a row without reloading, and it fun to see the multi-car blasting the targets, as the targets shoot into the air when cars hit them. We can load about seven cars at a time. This set includes blaster, long-jump ramp, 3 foam cars with plastic wheels, 2 targets (8 pieces), 6 obstacles, and instructions. Additional sets each sold separately. 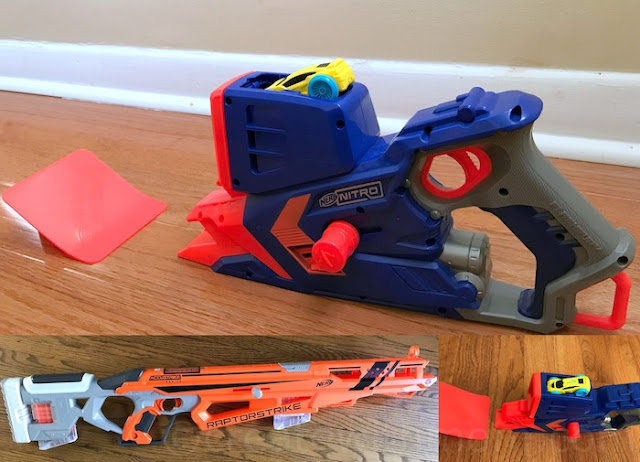 The Nerf N-Strike Elite RaptorStrike blaster is part of the AccuStrike Series, which features darts designed for greater accuracy. Hit the mark with the precision of the most accurate Nerf darts. The bolt-action blaster comes with 2 six-dart clips and 18 darts to keep battlers stocked for their Nerf battles. We can use the bipod to stabilize shots; the legs extend to adjust the height. The blaster has a pop-up sight for targeting.
Includes blaster, 18 darts. Bolt (2 pieces), bipod, 2 clips, and instructions.

The fully motorized Nerf Regulator blaster has SwitchFire Technology. We can choose 1 of 3 firing modes; flip the switch to choose single-fire to fire 1 dart per trigger pull; select burst-fire to blast several darts per trigger pull; and switch to continuous-fire to continuously fire the darts. We can load darts into both 12-dart clips, insert 1 into the blaster and store the other 1 in the storage stock. Power up the motor by holding down the acceleration button, and then let the darts fly. The indicator light blinks to let battlers know the clip is empty. Customize the blaster with the swivel handle to stabilize shots and the 2 barrel-scopes can be used as barrel extensions or targeting scopes. This blaster can be expanded and customized with Nerf Modulus accessories and upgrade kits (each sold separately) to create over 1000 different combinations.
Includes blaster, short barrel-scope, long barrel-scope, storage stock, handle, two 12-dart clips, 24 darts, and instructions. 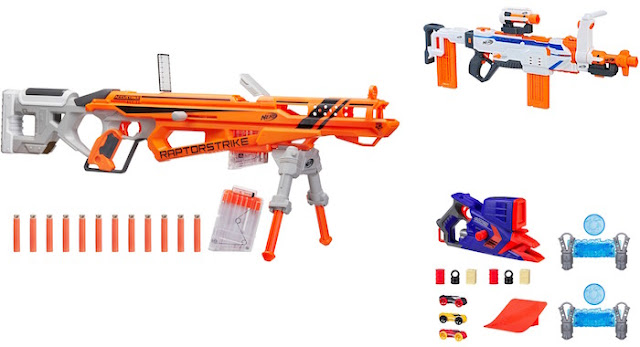 Giveaway:
Win a $250 value Nerf Fest Prize Pack which will include...

This giveaway is open to everyone in Canada and ends on September 30th. Please leave comments and follow my social media network to be eligible to win.
Update: Winner has been informed.
a Rafflecopter giveaway

This post is in partnership with Hasbro and I have received special perks as part of my affiliation. All rights reserved on photographs, opinion and written content Createwithmom © 2010 - 2017. Please Ask First