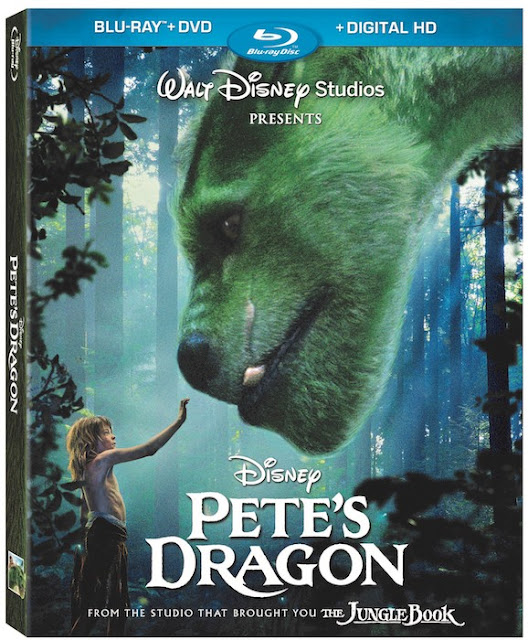 Pete's Dragon is a heart-warming, family movie about an orphaned boy named Pete and his best friend Elliot who happens to be a dragon. Pete's Dragon will be available on November 29 on Digital HD, Blu-ray™, Disney Movies Anywhere, DVD and On-Demand.

The small moments between characters in this movie beautifully convey the film's powerful message: the importance of friendship, family and finding one's place in the world. We really enjoyed watching every part of this movie.

Families will be captivated by this magical movie followed by never-before-seen bonus features, including a revealing look at director David Lowery's personal diary kept during the filming of "Pete's Dragon," the design process behind the lovable dragon Elliot, deleted scenes, a tour of the film's breathtaking production location of New Zealand, audio commentary by filmmakers and actors and hilarious bloopers. 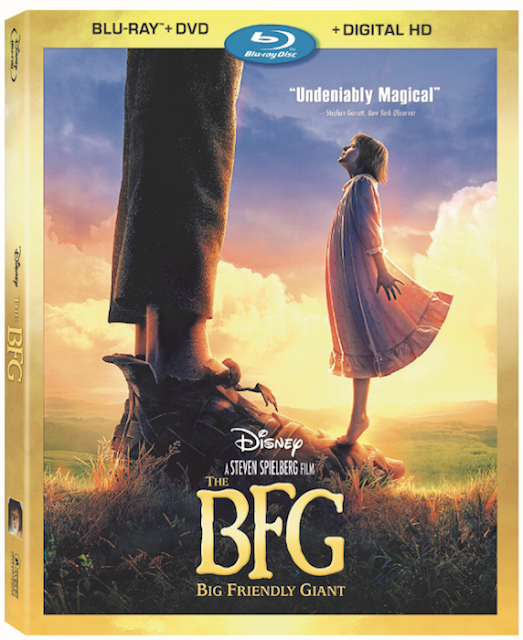 The BFG unites the talents of three storytellers Roald Dahl, Walt Disney and Steven Spielberg to bring to life the classic tale of a courageous little girl named Sophie and a gentle and charming Big Friendly Giant who introduces her to the wonders and perils of Giant Country.

Families and fans will be swept away by this spectacular adventure and delight in extensive bonus features, including a behind-the-scenes look at the making of The BFG by Ruby Barnhill and featuring Steven Spielberg; a charming, all-new short; a fun and whimsical tutorial on the Big Friendly Giant's unique language of Gobblefunk; a touching tribute to screenwriter Melissa Mathison (E.T. the Extraterrestrial and The Black Stallion), and more.

This story about friendship, loyalty and protecting your friends shows that even a little girl can help a big giant solve his biggest problems.

All rights reserved on photographs and written content Createwithmom © 2010 - 2016. Please Ask First Disclosure: For reviews/ sponsored posts I may have received special perks as part of my affiliation, all opinions and thoughts expressed are my own