Elena of Avalor and Giveaway 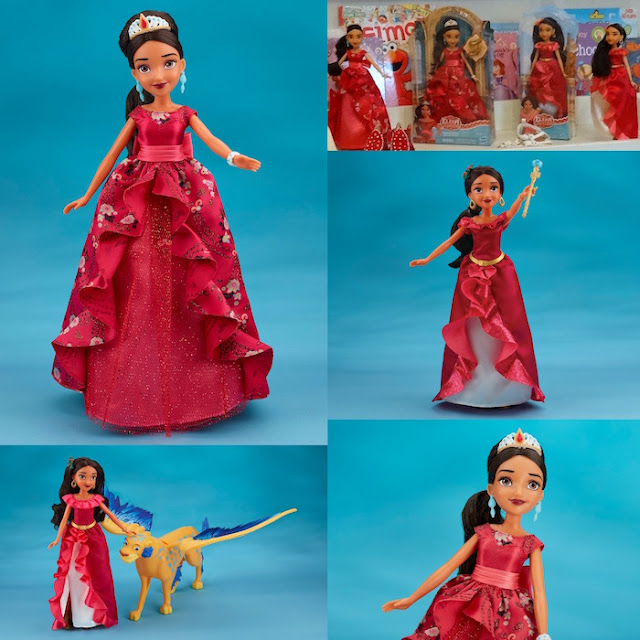 We were introduced to Disney's new princess Elena, during our holiday Hasbro toy preview event. This compassionate teenage princess's story is inspired by diverse Latin cultures and folklore. The line of Elena of Avalor dolls will be available to purchase this Fall.


Disney Elena of Avalor and Skylar
This 2-pack for children 3 and over includes an Elena of Avalor fashion doll and a SKYLER figure with large, vibrant wings that flap when little adventurers move him up and down. The Elena of Avalor doll clips onto Skylar back so kids can imagine the two fearless friends roaming across the skies of Avalor. Set includes Elena of Avalor doll, Skylar figure, an outfit, belt, hairclip, bracelet, pair of shoes, and a pair of earrings.


Disney My Time Singing Disney Elena of Avalor doll sings when the Elena of Avalor's gem necklace is pressed. The battery operated doll's articulated arms will allow her to hold the included guitar as she sings.


Disney Elena of Avalor and Princess Isabel Dolls come dressed in their TV series-inspired dresses, removable accessories such as a book that opens and dolls can hold, a belt, hairclips, shoes, and dazzling earrings.


Disney Royal Gown Elena of Avalor is in a ball gown adorned with a dazzling detailed glitter print. The doll also comes with a tiara, bracelet, and removable shoes.

Princess Elena journey began long ago when her parents and kingdom were taken from her by the evil sorceress, Shuriki. Elena bravely faced the sorceress to protect her little sister, Princess Isabel, and grandparents but in the process, her magical amulet pulled her inside its enchanted jewel, saving her life but imprisoning her at the same time. Decades later, Princess Sofia of Enchancia discovers the truth about the amulet she has worn since joining her royal family and sets out to restore Elena to her human form and help her return to the kingdom of Avalor.

The story is set in the enchanted fairytale land of Avalor, the series tells the story of Elena, a brave and adventurous teenager who has saved her kingdom from an evil sorceress and must now learn to rule as crown princess until she is old enough to be queen. Elena's journey will lead her to understand that her new role requires thoughtfulness, resilience and compassion, the traits of all truly great leaders.
We can watch the royal series premiere of Elena of Avalor on July 22 at 7 p.m. ET/PT on Disney Channel. Walt Disney Records will have the Elena of Avalor soundtrack EP available on July 22 at iTunes, Amazon, streaming services, and wherever music is sold. 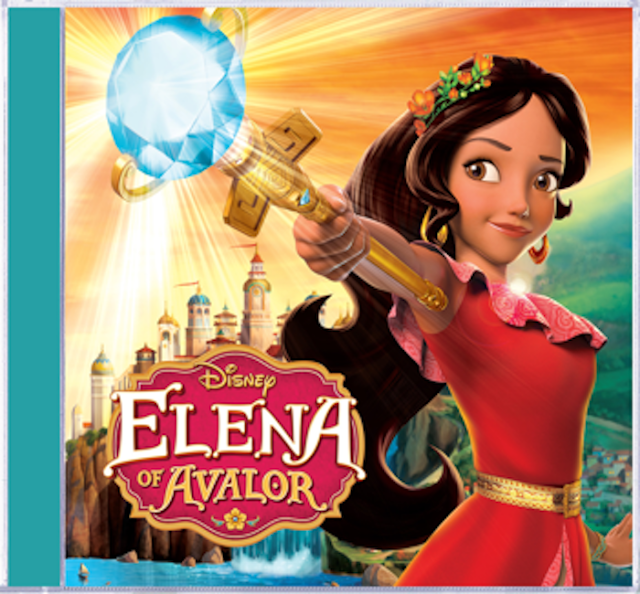 Elena of Avalor track listing features seven songs:
Giveaway:
If you would like to win a copy of the soundtrack enter the giveaway through the rafflecopter below before August 8th. This giveaway is open to those living in USA. Please leave comments and follow my social media networks to be eligible to win. Update: The winner is Cyndi
a Rafflecopter giveaway