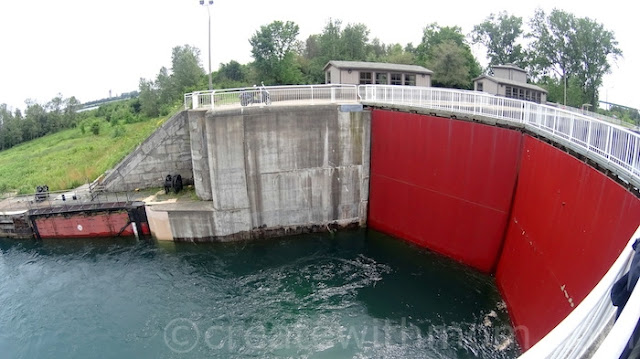 During our recent road trip to Sault Ste. Marie, my family and I enjoyed visiting the Sault Ste. Marie Canal National Historic Site. We can learn about how canals and locks operate at this site either by discovering at our leisure or joining a guided tour. By taking the guided tour and exploring the visitor's centre we learned a lot about the lock system and canals. 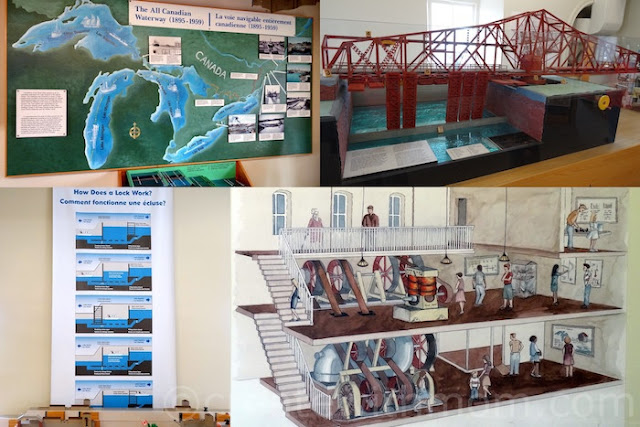 The tour was about an hour, and we found it to be informative as it gave us lots of insight about canals. My children were able to connect what they have learned about pulley systems and bridges when we saw how the system works and how it was built. 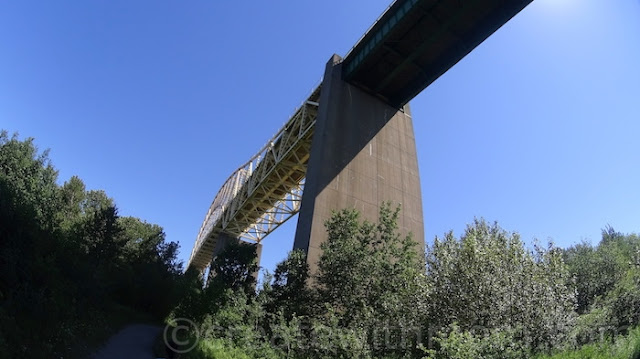 The canal nestled under the International Bridge was constructed between 1889 and 1895 to bypass the turbulent rapids of the St. Marys River and to provide the last link to Canada's Great Lakes, and the St. Lawrence shipping route. 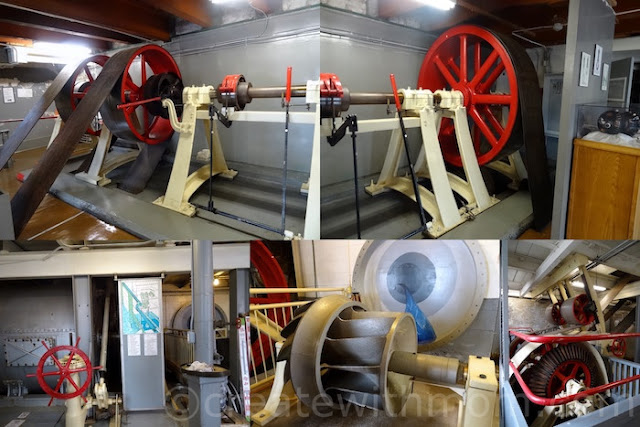 The canal was the first to operate with electrical power generated on site, and it is the world's only remaining Emergency Swing Dam. This canal provided the possibility of navigation between Lake Huron and Lake Superior completing the Canadian transportation route. It was cool to see how the water levels get adjusted in less than ten minutes to match the water levels of Lake Huron and Lake Superior for the boats to make the transition smoothly. 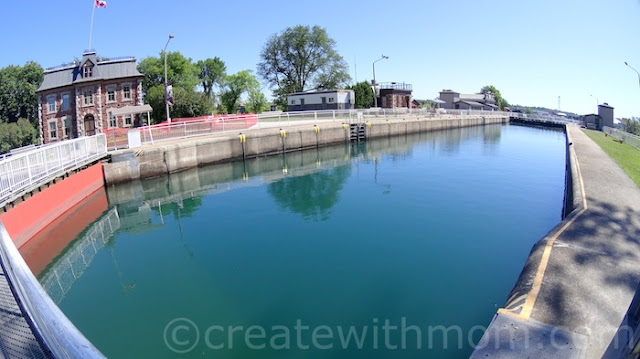 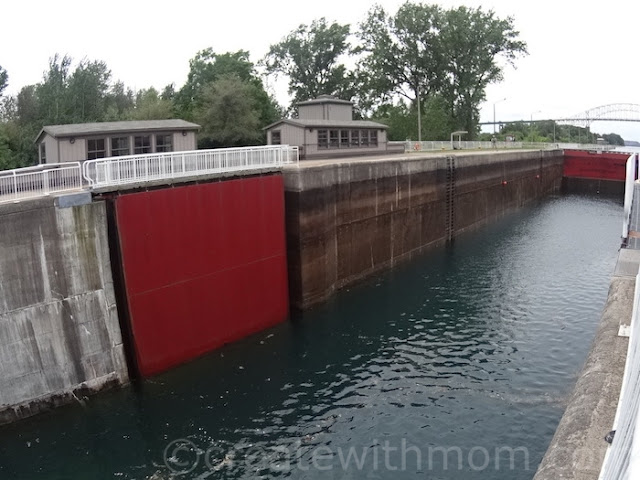 The canal still operates allowing recreational boats from USA and Canada to pass through from May to October free of charge. 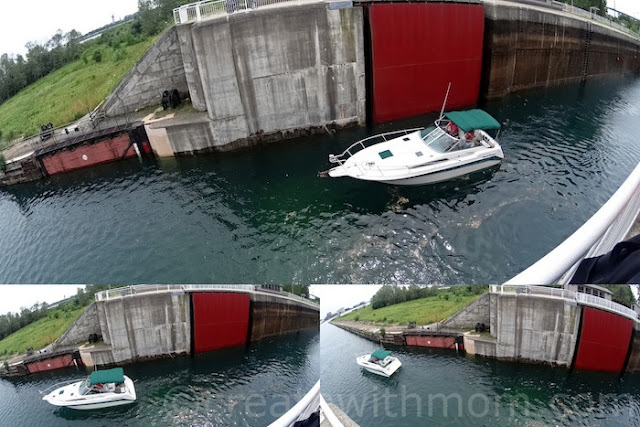 The industrial development and construction of the American and Canadian locks, and the International Bridge has affected the native fish such as white fish in the area. Due to this reason, now the area has been designated as a provincial fish sanctuary. 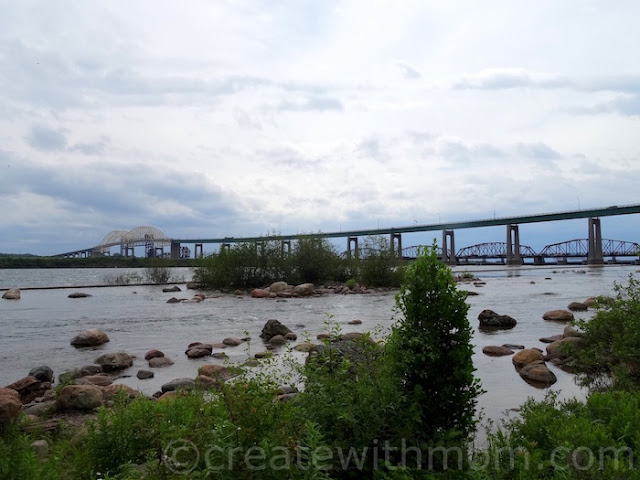 After learning about the canal, we enjoyed going on two hiking trails, Attikamek trail and the Whitefish Island trail, and took lots of scenic pictures of St. Marys Island and Whitefish Island. 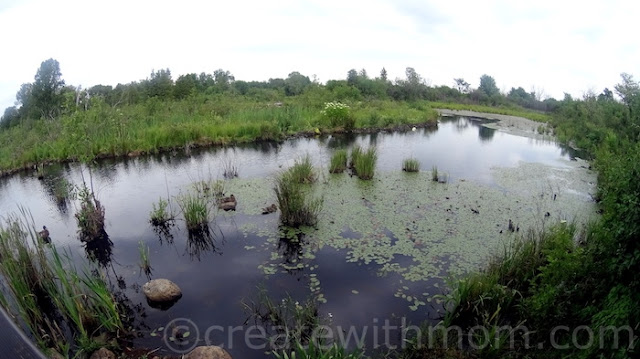 Whitefish Island is preserved and protected by the Batchawana First Nation of Ojibways. In 1982, an archaeological study done by Ministry of Culture found more than 10,000 artifacts that shows First Nations people had lived there for thousands of years. For more than 2000 years, natives settled on the shore at Bawating (which means the place of the rapids).
We spent lots of time during our hike appreciating the natural beauty of our surroundings. We can fish and hike at this national historic site, which is now maintained by Parks Canada to protect its cultural and natural features. Since this site is operated by Parks Canada, we can use the discovery pass. 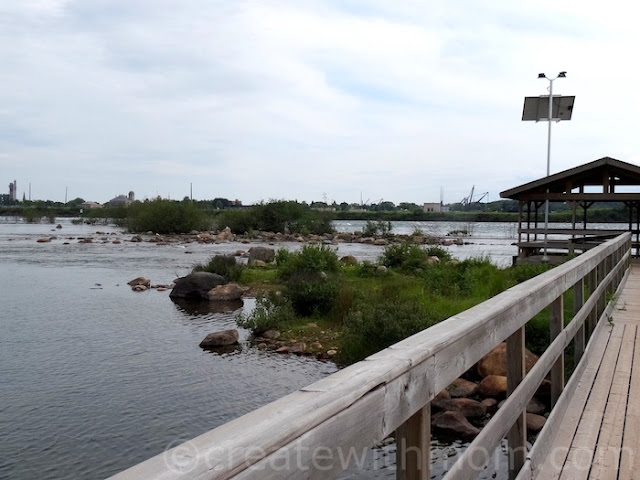 If you are wondering how the Soo got its name...
When the French arrived to the area in the 1600s, they called the natives Saulteaux and the settlements on both sides of the river became known as Sault Ste. Marie. 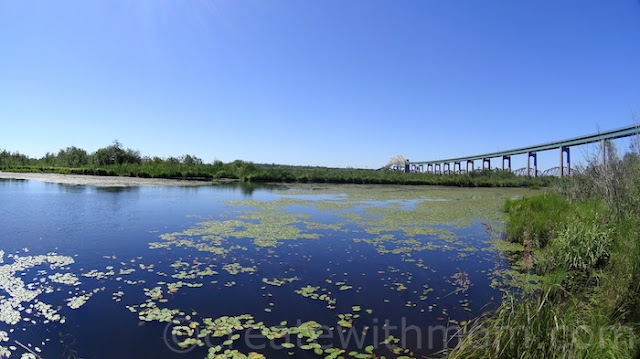