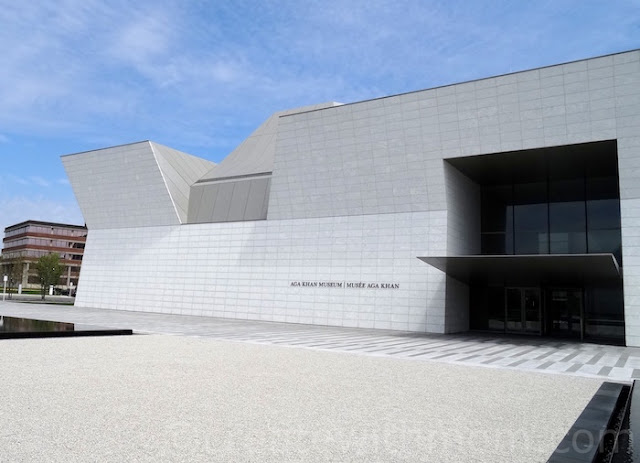 Aga Khan Museum located in Toronto has been designed by architect Fumihiko Maki around the concept of light suggested by Aga Khan with a design that invites direct and diffuse light into the building in ingenious ways. Light is an enduring inspiration for the world's religions and civilizations since earliest times. 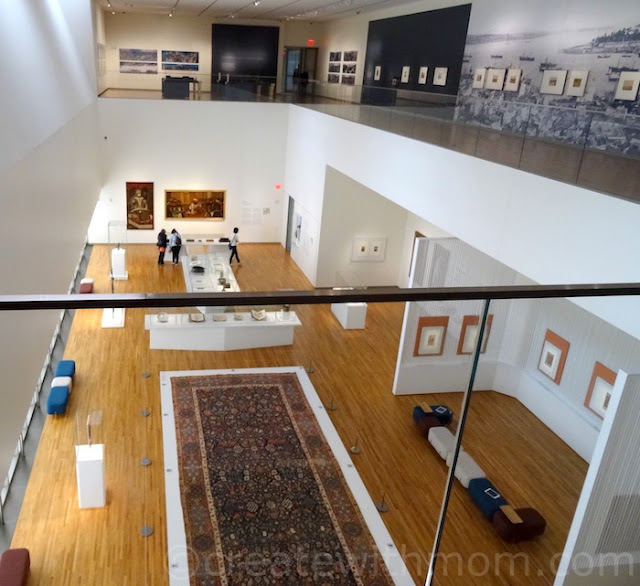 The building is positioned 45 degrees to solar north to ensure that all exterior surfaces receive natural light over the course of the day. Angular walls of white Brazilian granite, a material chosen for its resilience and luminosity, enhance the play of light across building surfaces. 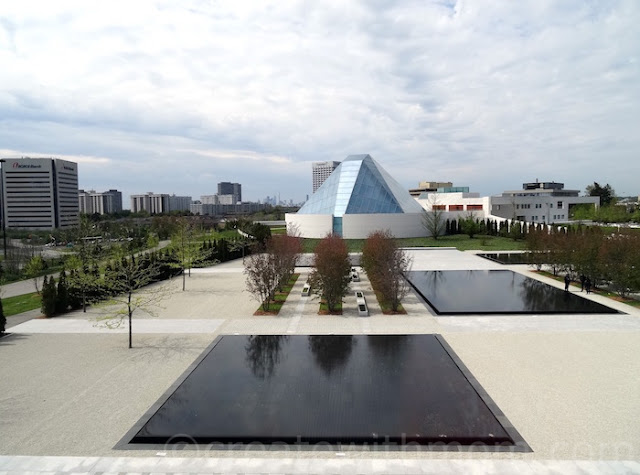 The Aga Khan Museum's open-air courtyard is surrounded by 13-metre-tall double-glass walls etched with a mashrabiya pattern. Its floor features an intricate tri-colour mosaic comprised of lapis granite from Namibia, limestone from France, and the same white Brazilian granite found on the Museum's exterior cladding. 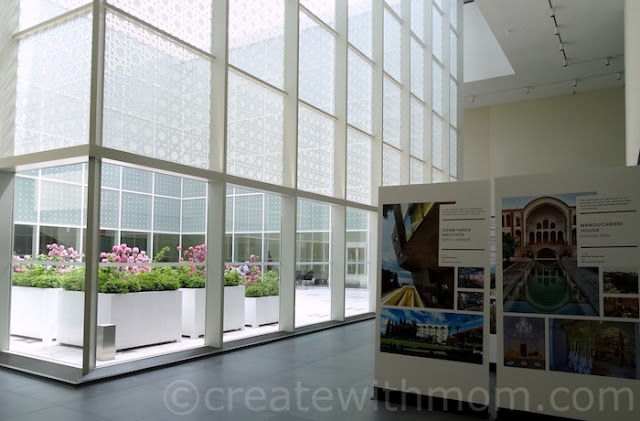 The Museum's Permanent Collection showcases the breadth of Muslim civilizations from the 8th century to the present day that were collected by Aga Khan and his family over several generations. 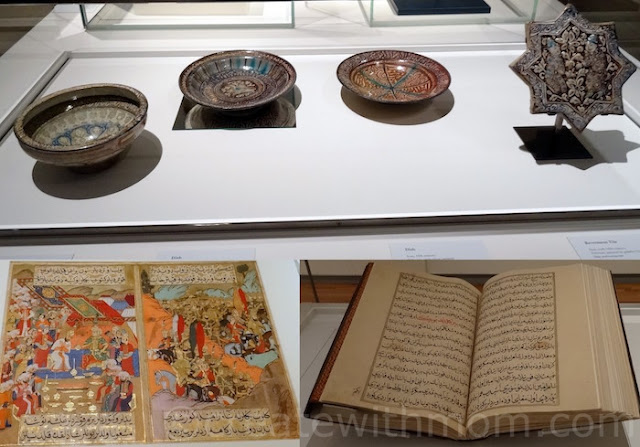 Among its more than 1,000 artifacts are rare manuscripts, paintings, ceramics, glass, scientific instruments, and intricate metalwork. 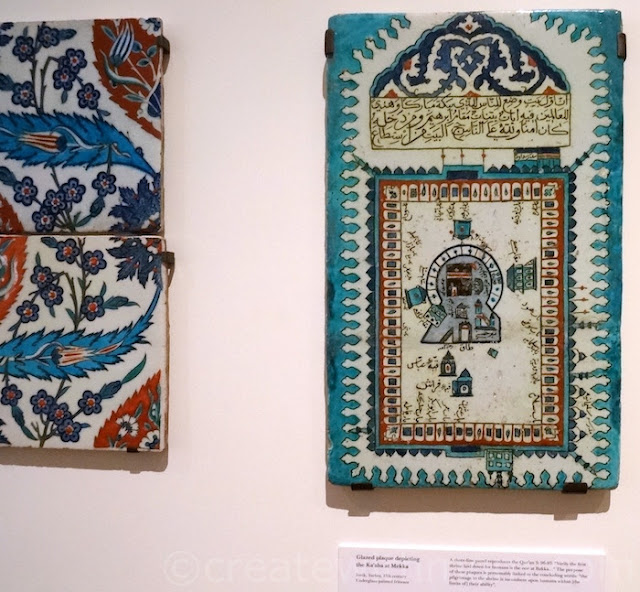 From seventh to the fifteenth centuries is described as a golden age in the intellectual history of the Islamic world. During that time cities such as Baghdad, Damascus, Cairo, Alexandria, and Cordoba became centres of learning and knowledge where texts from Greek, Persian, Indian, and Chinese traditions were studied and translated into Arabic. Studies such as astronomy, anatomy, mathematics, medicine, physics, and geography flourished and schools, libraries, and universities originated. These advancements were later transmitted to Europe. 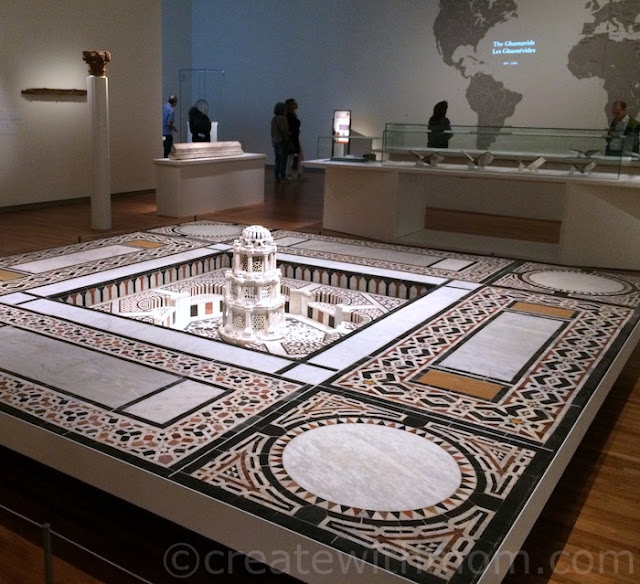 These types of fountains with marble and sandstone mosaic from the 16th century Syria and Egypt from the time of Mamluks to the Ottomans and after shows the role of water in Islamic architecture because of its cooling effects and aesthetics. 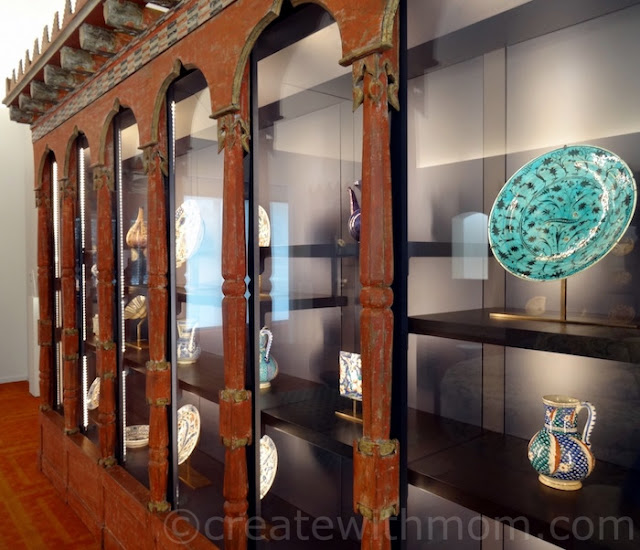 A City Transformed: Images of Istanbul Exhibition will be open till to June 26, 2016. It showcases stunning exhibition of historic and contemporary images of the city of Istanbul. We can see the private collection of Turkish art philanthropist Ömer M. Koç that has nearly 70 photographs, albums, and panoramas. My family and I enjoyed Koç’s collection of architecture, monuments, and people of this historic city from the 1850s to early 1900s. 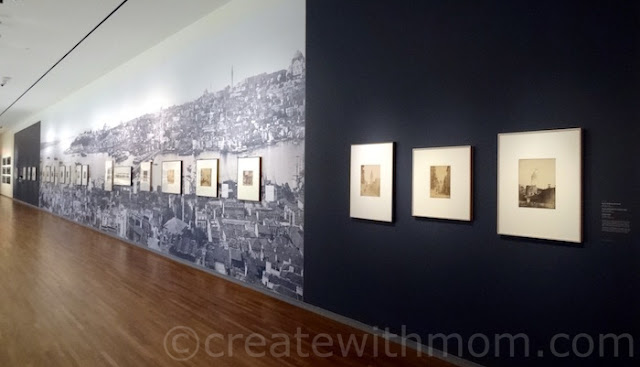 There are photographs and digital animations by acclaimed Turkish artist Murat Germen that offer startling contrasts in era, scale, and scope.
Germen's dazzling cityscapes convey the heady pace and price of urban development in a city long revered for its historic character. 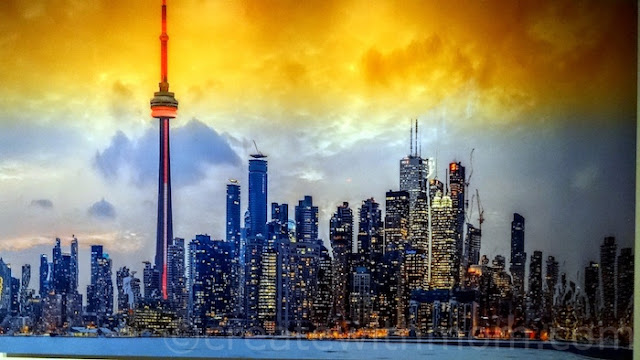 We saw Murat Germen's panorama of Toronto taken in February 2015 between Centre Island and Ward's Island displayed in the pedestrian tunnel leading from the parking garage to the Museum's ground floor.
Marvellous Creatures: Animals in Islamic Art produced in partnership with the Museum of Islamic Art, Doha, Qatar will be on display until September 11, 2016. We can see the images of real and mythical animals from the pages of legends, tales and fables from across the Islamic world. The creatures that appear within these stories have important meanings, symbolic and historic messages, which the artists have animated in a wide range of art. 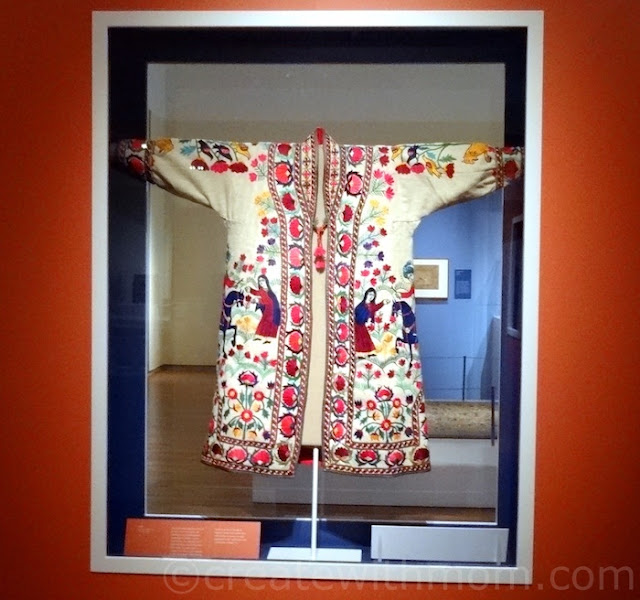 For many cultures, there are four fundamental components of the universe – earth, water, air and fire that shape our planet and lives as they mix in an infinite number of ways. This exhibition is organized around this principle, illustrating the marvellous creatures that belong to each of these vital elements, in a rich variety of artworks from the 7th to 21st centuries. Concluding the exhibition is an installation by the contemporary Lebanese artist Mohamad-Said Baalbaki. It demonstrates the enduring fascination with these creatures across many cultures, while exploring the complex relationship between fact and fiction in the realms of archaeological discovery and cultural tradition. 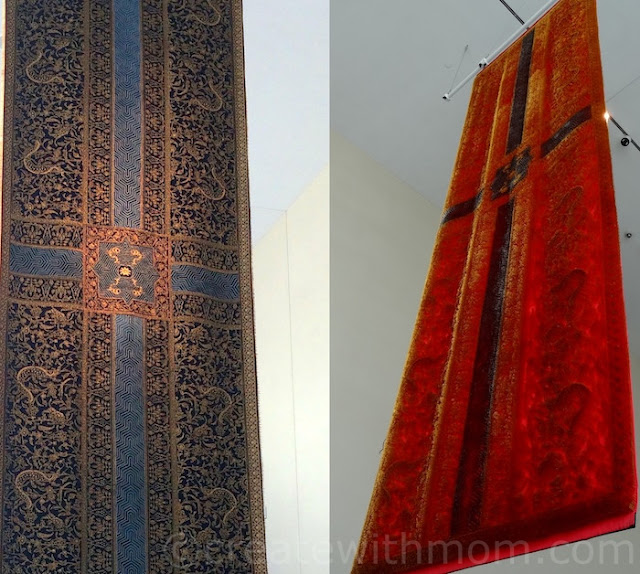 This carpet with intricate embroidery details done using dressmaker pins by Aisha Khalid shows the concept of how one side can be beautiful, and another not so beautiful reminding us of heaven and hell. 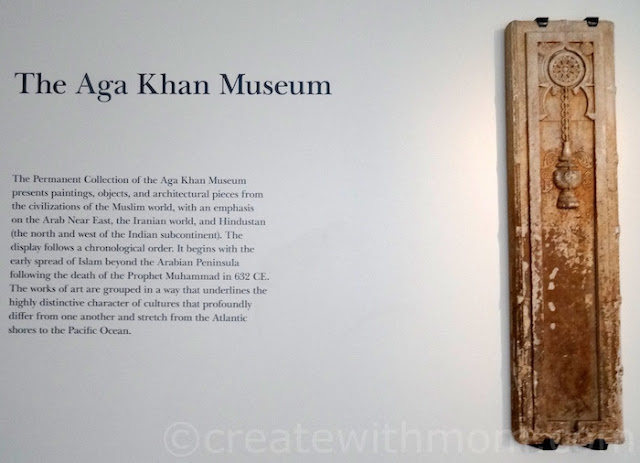 There are Aga Khan Park Tours offered Tuesday to Sunday at 4 pm and at 10:30 am on weekends. We can discover the centuries of architectural history that has inspired the design of the Park, and gain an insider's view of the flowers and bushes planted there. There will also be family-fun programming in the Park, including pop-up performances, art activities, and more.

Families can now visit the museum for an admission rate of $50 for up to 2 adults and 4 children aged 17 and under. There is parking on site for $10. Children will get a Marvellous Creatures Family Activity Kit at the Tickets Desk that will keep them engaged. We found the staff at the museum friendly, and willing to share their knowledge and excitement for the exhibitions. 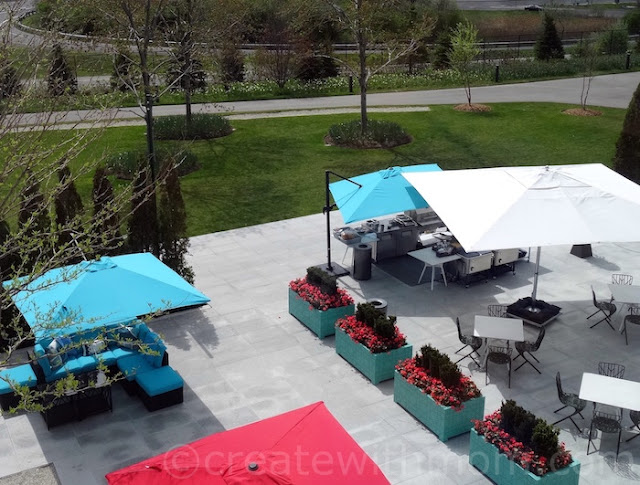 There are lots of family themed activities, workshops, tours, camps, a dine in restaurant, and gift shop at the Aga Khan Museum, see their site for details. 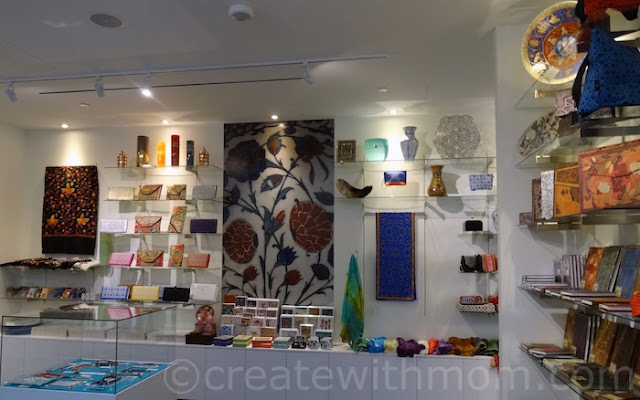