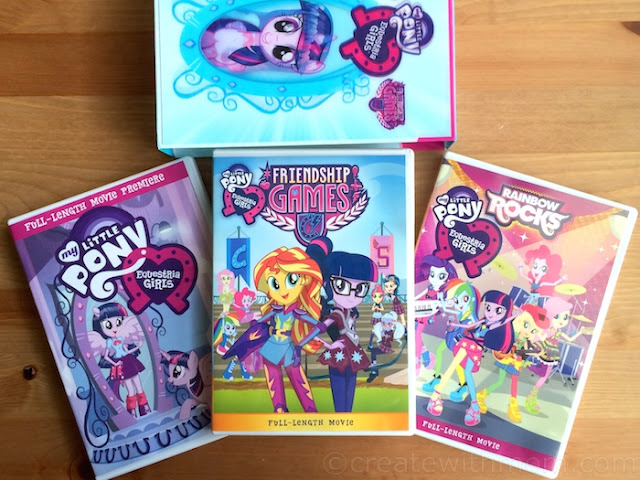 My children enjoyed watching the first movie in 2013 Equestria Girls, which is about a crown being stolen from the Crystal Empire, and Twilight Sparkle pursuing the thief went to an alternate world where she transforms into a teenage girl who survives her biggest challenge of being in high school. With help from her new friends who remind her of Ponyville’s Applejack, Rarity, Rainbow Dash, Pinkie Pie and Fluttershy, she embarks upon a quest to find the crown and change the destiny of these two parallel worlds.

We also watched the second movie that came out in 2014 Rainbow Rocks, which is a musical showcase or Battle of the Bands that happens at Canterlot High between the Rainbooms and Dazzlings.

My children enjoyed watching the 2015 Friendship Games that released this October, which is about Canterlot High meeting its rival school, Crystal Prep Academy, in a competition that’s a long-standing tradition of the Friendship Games. Sunset Shimmer is tasked with keeping magic out of the games to avoid the appearance of impropriety while she and her friends compete against Crystal Prep’s top students led by someone with an equal amount of interest in Equestrian magic this world’s Twilight Sparkle.

Toys to pair with this set of movies... 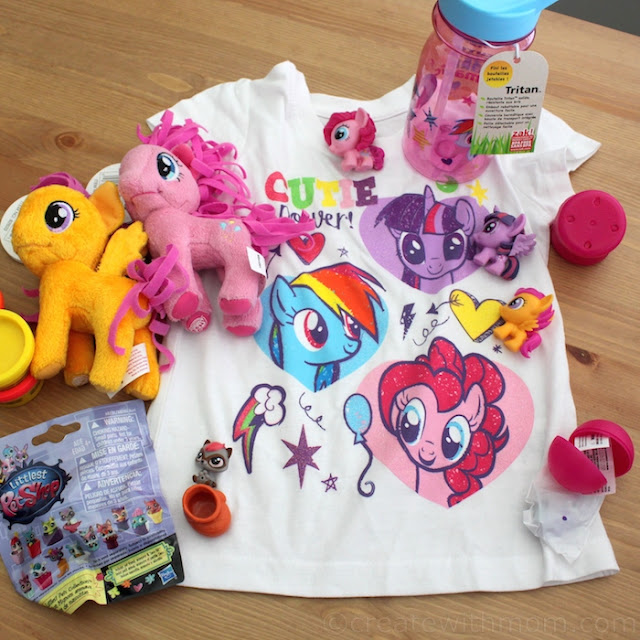 My Little Pony fans will enjoy ponyville soft plush characters, Fash'ems collectables, Squishy Pops a miniature collectable, which comes in a suction cup base that also makes a pop sound, and My Little Pony Play-doh.

Zak designs has made My Little Pony themed 14 oz Tritan bottles, and 3 piece mealtime sets that come in a giftable box with a plate, bowl, and tumbler that is BPA free and dishwasher safe.

Hope these ideas helped you think of some items you can get your My Little Pony fans! 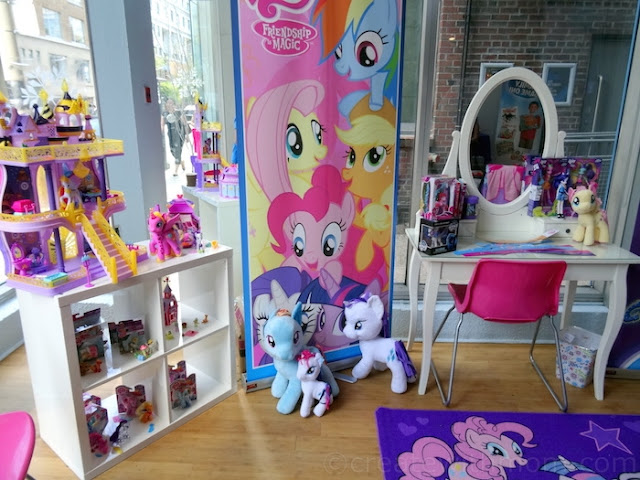