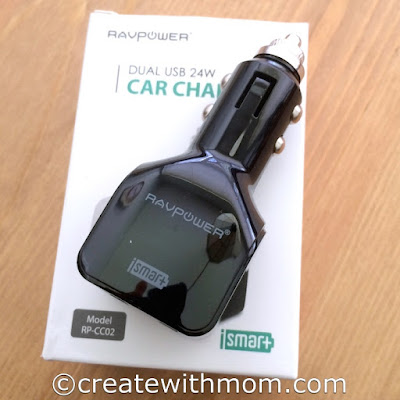 We usually take turns charging our phones while driving, and I found this RAVPower® 24W 4.8A Dual USB Car Charger with iSmart Technology very useful. I was initially skeptical about charging 2 phones at once on a dual USB charger because I was afraid it might blow the fuse on the receptacle by drawing too much power to charge 2 phones at one time. I gave it a try because the specs indicate that there is a multiple safety system such as Temperature, Short-Circuit, Output over-current, and output over voltage. 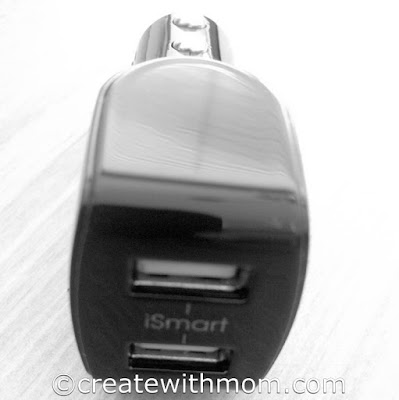 I am glad I did, as I use it all the time to charge two phones simultaneously at a rapid rate because of its 24W output. I like that each port lights up when a device is connected and is charging. I like the design, and glad that the two USB Ports have reasonable space for charging two devices. The multiple button like clips on each side that keeps the device tightly plugged into the cigarette lighter receptacle in the vehicle, so it would stay without popping out. 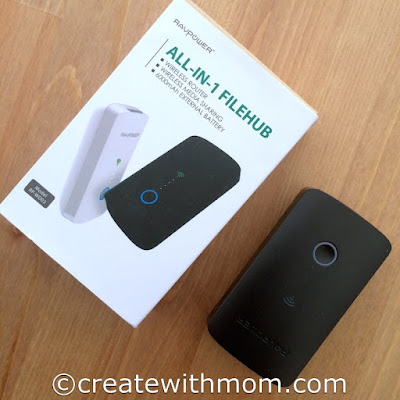 Another awesome device is the RAVPower Rp-WD03 FileHub with 6000mAh Power Bank, which is a small pocket sized device that has a multitude of uses such as 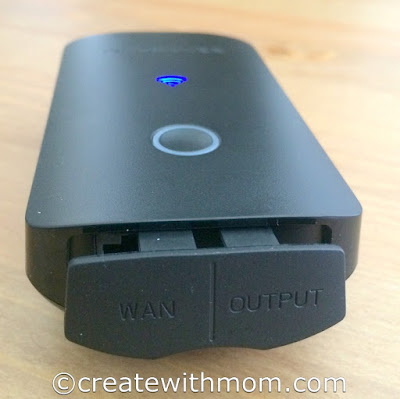 The setup is a breeze. I mainly wanted to setup this device in bridged mode to wirelessly share data between devices at home such as iPhones, iPads and computers. First up I downloaded the free File Hub Plus App in the App Store and installed it on my phone to manage this device. The app enables you to change network settings, browse content from USB Storage, and move files between devices. This app does most of the tasks with ease. I was even able to watch a movie connected to a USB Flash drive using this without any lag. I am looking forward to use this feature on our travels this summer. 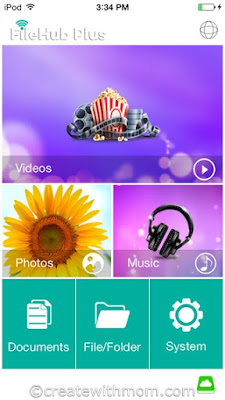 There is a limit of 5 maximum connections at one time. The FileHub provides the option of backing up photos taken from our phone into a hard drive. Although I did not get to try out the Portable Router function, this can be used to create a wireless network to connect all your portable devices in a place where there is only one wired Ethernet connection.

I tried the Power Bank and although it charges a little slow, compared to RAVPower’s other dedicated power banks it does come in handy because we can use our device while its charging. To get the most out of this device, I would recommend downloading the advanced user guide from the manufacturers website. Overall this device is the perfect companion while travelling due to its lightweight and multifunctional uses.