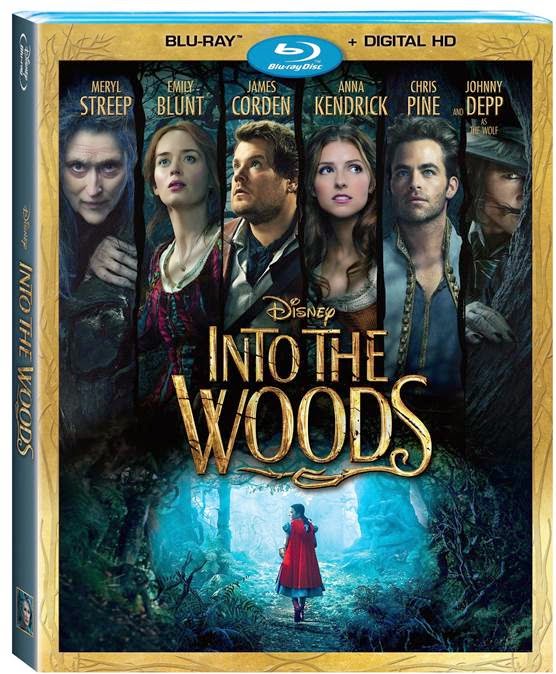 From the director of “Chicago” and the producer of “Wicked” comes a modern twist to well known fairy tales. Academy Award®-Winning actress Meryl Streep (Best Actress, The Iron Lady), leads an all-star cast in this enchanted adventure about daring to venture Into The Woods. Into The Woods will be on Blu-ray combo pack, digital HD, and Disney Movies Anywhere on March 24, 2015.


The iconic characters, such as Cinderella, Little Red Riding Hood, Jack and the Beanstalk and Rapunzel, find their fates intertwined with a humble baker and his wife, whose longing to have a child is sent on a quest to reverse a witch’s curse. We found the musical a little too much and drew away from the story, and made the movie a little boring, however we did like all the costumes and special effects.

All rights reserved on the opinion of the written content Createwithmom © 2011 - 2015. Please Ask First

Email ThisBlogThis!Share to TwitterShare to FacebookShare to Pinterest
Labels: movie