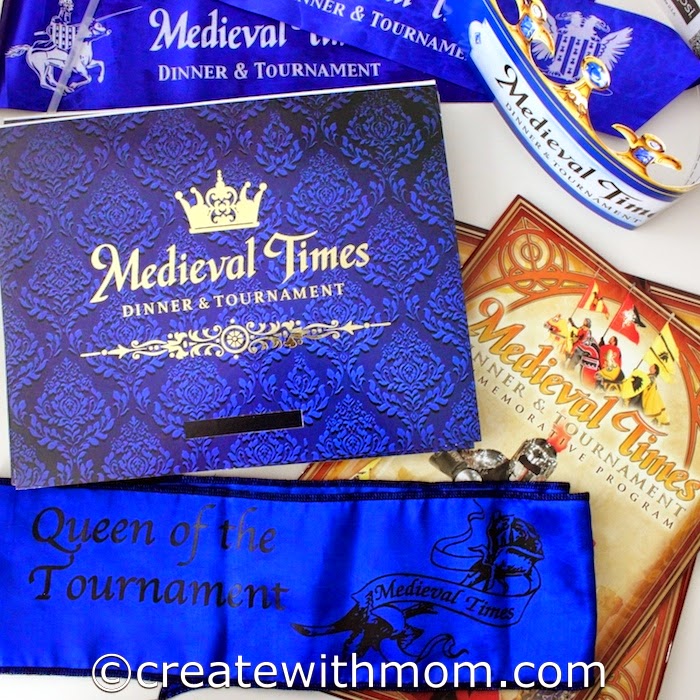 We felt like royalty at the Medieval Times Dinner and Tournament. It was much more fun and exciting than I anticipated. It is a one-of-a-kind experience. From the time we entered, all the guests were referred to as lords, ladies, young knights, and princesses. It was as though we went back in time to the Middle Age of honour, valour, and chivalry, which was fun for everyone in the family. 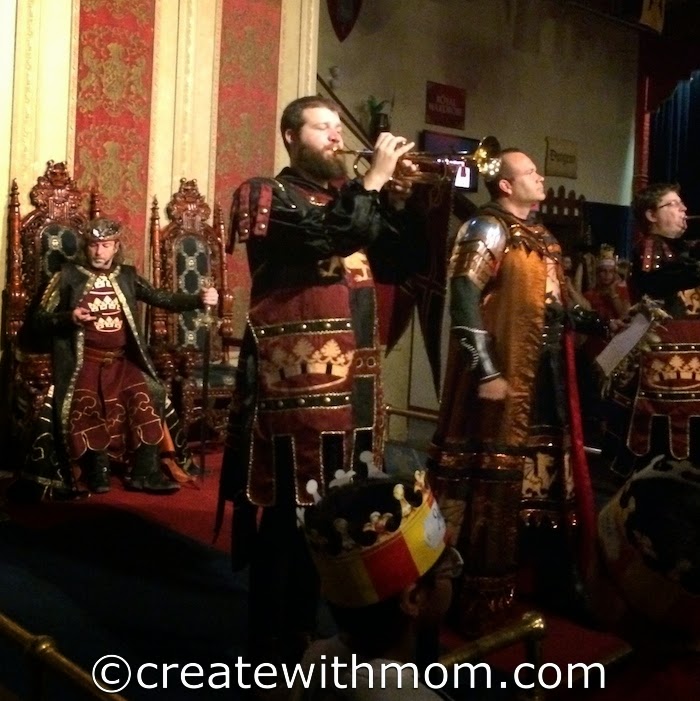 It is fun to watch the different medieval games of skill, such as the Royal Falconer's craft as the falcon soars over our heads, and the Andalusian Stallions as it performs extraordinary acts. Children and adults seated around the arena as King's noble guests were very excited to cheer throughout the two-hour show. 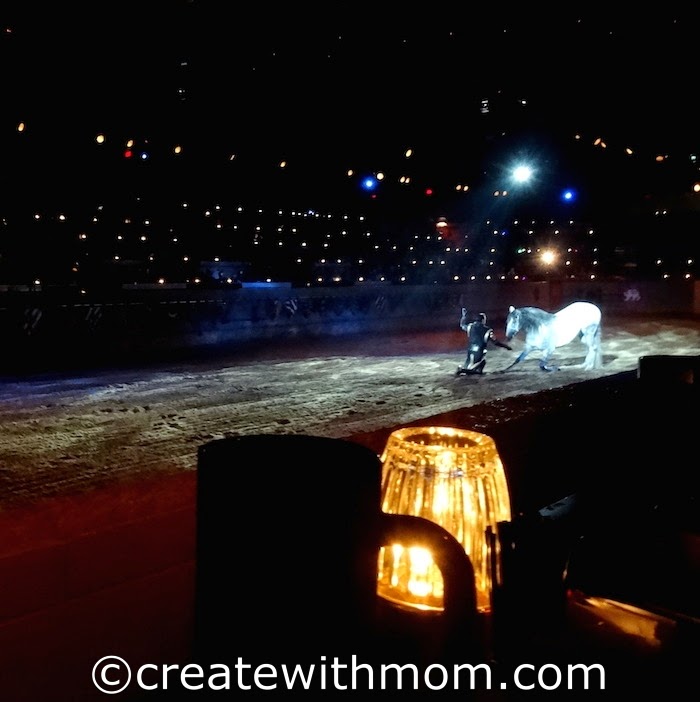 Everyone cheered for one of the six knight's colour they were given in the entrance; either blue, green, red and yellow, yellow, black and white, or red. We were cheering for the blue knight. The thrilling jousting tournaments were interesting to watch, as the knights were using weapons such as the medieval battle axe, the deadly bola, and swords. The lighting, and the costumes were very pretty.
My son loves to role play and watch shows about knights and battles, so he was very excited to see the show and cheer. Although, he was a little sad that he didn't get anything from the knight; we assured him he was getting his own copy of the picture taken at the entrance, the banner, and crown he can keep :) 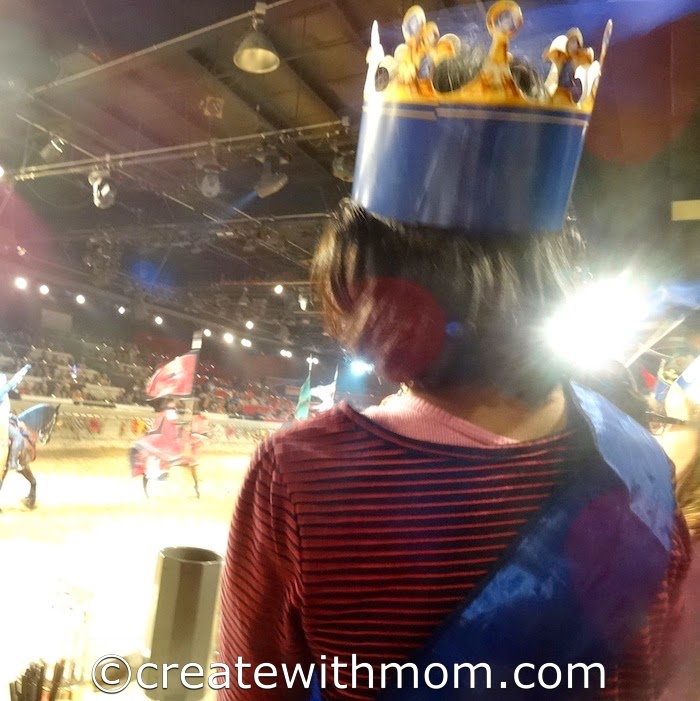 Young girls get excited when the knights give them carnations. My daughter got the honour of becoming the Queen of the tournament by the blue knight. She could not believe it when she got a sash as a token, and couldn't stop talking about how everyone was looking at her. We bought her the picture of her getting the sash, as a souvenir to commemorate the day. 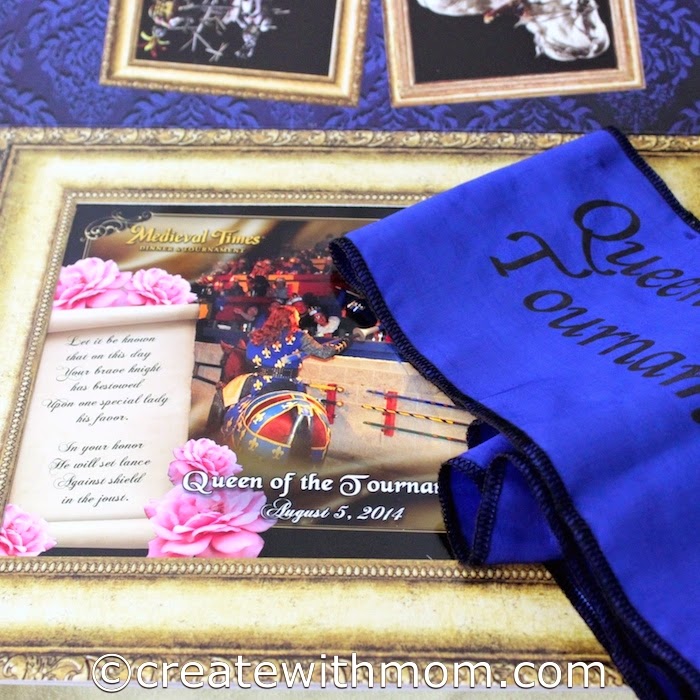 While lots of excitement was happening in the arena, we were served a hearty meal with metal serving dishes, without cutlery similar to how dinner would have been served in the medieval times. They have vegetarian options that we can request at the ticket booth. The delicious four-course vegetarian meal includes warm pita bread, carrot and celery sticks with hummus, garlic Bread, tomato bisque soup, 3-bean stew with fire roasted tomato and brown rice, and pastry. 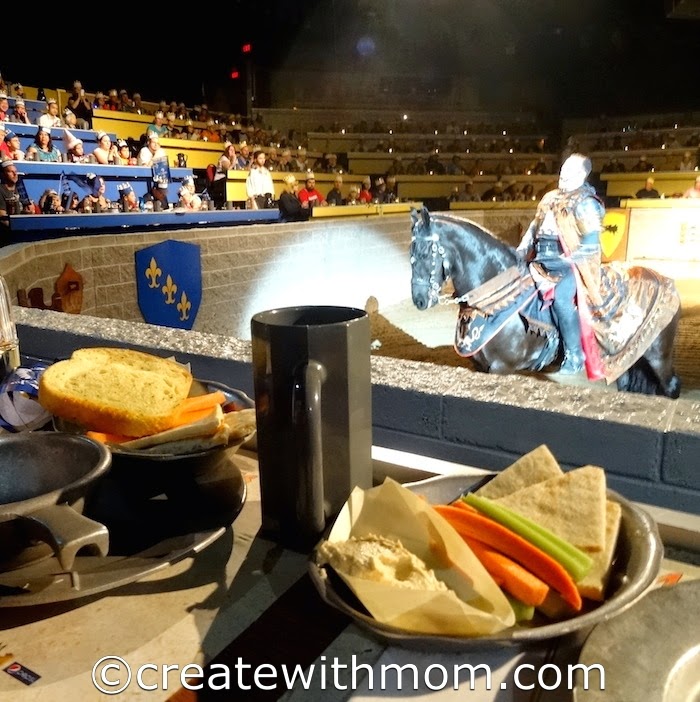 Toronto is the only Medieval Times location in Canada, so do visit this Dinner and Tournament to see how fun this experience is. You can see lots of pictures on their Facebook and twitter as well. 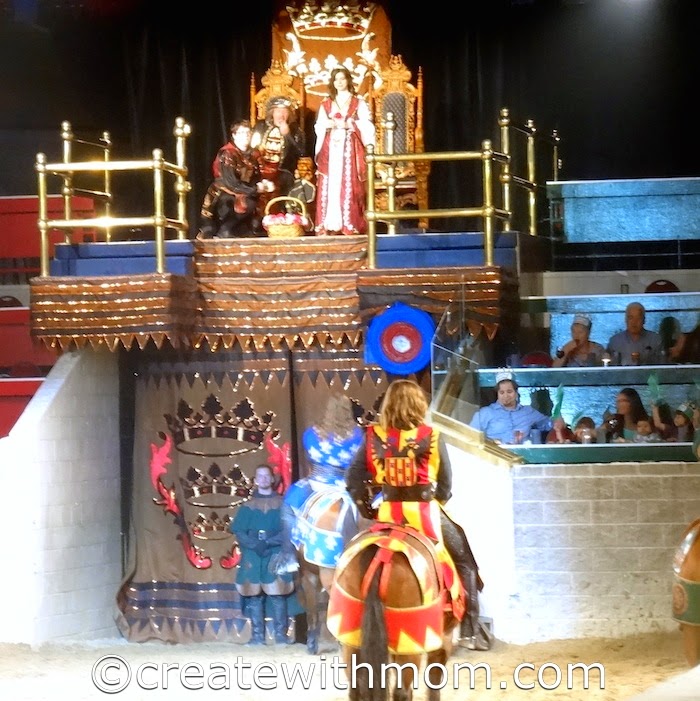 If you are a CAA Member, and you pre-purchase the tickets online through the CAA Tickets Online you can save on ticket prices, and earn CAA Dollars.

Disclosure: I was provided with tickets to the show as part of being a CAA Ambassador, all opinions are my own. All rights reserved on photographs and written content Createwithmom © 2011 - 2014. Please Ask First