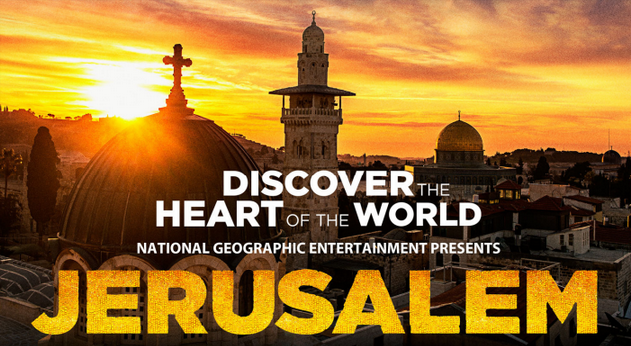 Jerusalem the 43-minute large format film narrated by Benedict Cumberbatch and presented by National Geographic Entertainment is a stunning and thought provoking presentation of one of the world’s iconic cities. Jerusalem is sacred to half the people on earth; fought over more than any other place in history; conquered and destroyed, rebuilt and reinvented repeatedly over 5,000 years. This film helps us discover why this tiny piece of land is sacred to three major religions through the stories of Jewish, Christian and Muslim families who call Jerusalem home. 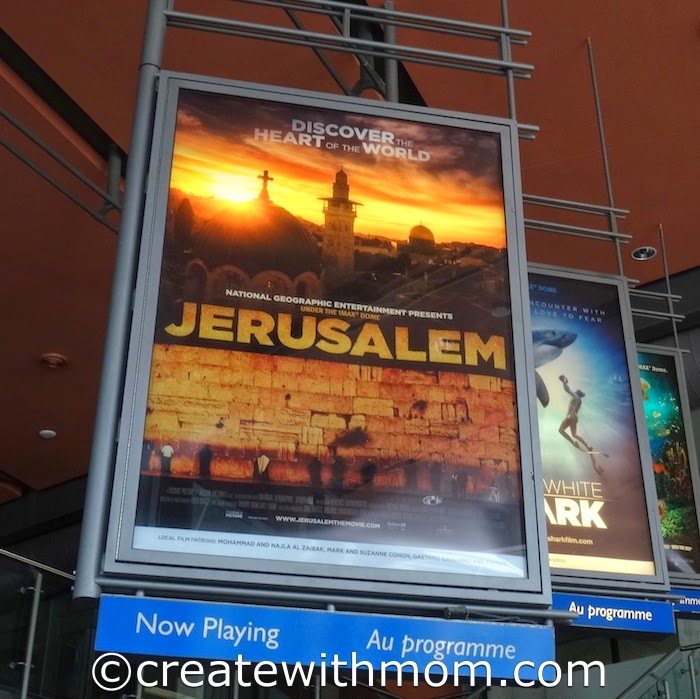 Watching the film added my want to visit and see the amazing things in Jerusalem. The film shows the importance of one of the fundamentals of all religions, which is our love for brotherhood and getting to know one another and being there for each other; this will eliminates lots of problems in the world like war and poverty.

This IMAX film Jerusalem explores on a grand scale the intersection of science, history and religion in this remarkable city. The film gives audiences a rare glimpse of the ancient, storied city, as well as access to memorable sites including the Western Wall, the Church of the Holy Sepulchre, the Dome of the Rock, the Jordan River, the Sea of Galilee, and the mountain fortress of Masada.

Filmmakers were granted special permission in the region’s strict no-fly zone, enabling them to capture the first-ever large format aerial images of the Old City and throughout the region. “Through the unrivalled beauty, visceral nature and incredible technology of the giant screen format, you feel as if you are experiencing Jerusalem up-close and first-hand,” said writer/director Daniel Ferguson. Archaeologist Dr. Jodi Magness travels underground to investigate some of this city’s greatest mysteries.

My family and I also had the opportunity to check out the Science of Rock ‘N’ Roll, a new exhibition at the Science Centre, which will run until October 26, 2014. It explores how advances in science and technology have revolutionized how we make, listen, experience and share music. 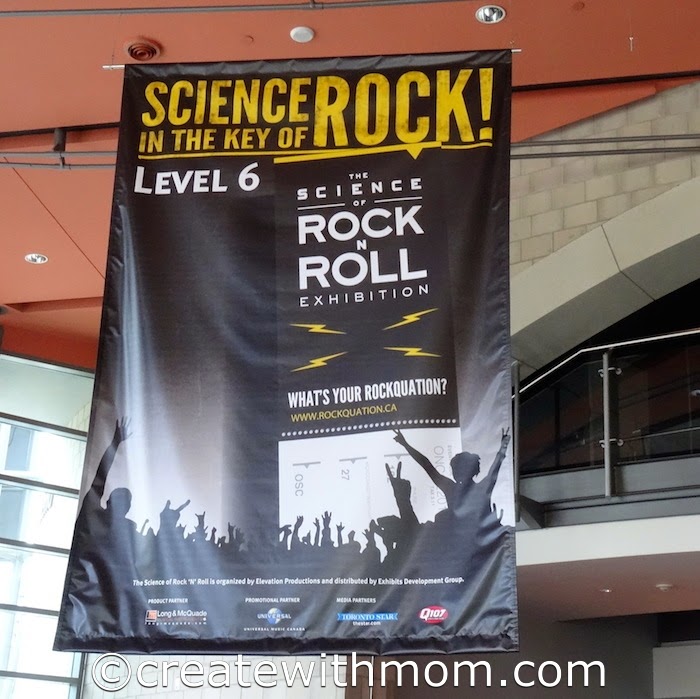 Couple of interesting facts...
The first YouTube video featured co-founder Jawed Karim at the San Diego Zoo was uploaded on April 23, 2005 and within a few years YouTube became the most popular source for free music in the world. 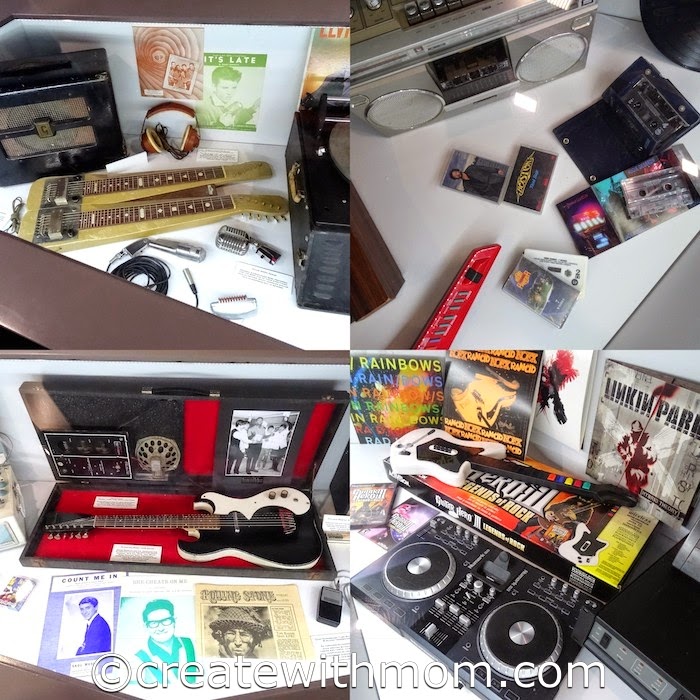 The Internet was most revolutionary has well as the most disruptive innovations of the 20th century that connected people virtually spanning time and distance and allowed fans to share music like never before. In the early 1990s hard drive space on personal computers was expensive and a single song could take up to 20 percent or more and downloading a song over a dial-up modem took hours and record labels were not concerned about file trading. The Science of Rock ‘N’ Roll features seven distinct areas.
• Decades of Rock showcases the history and evolution of rock from the 1950s to the present day, using artifacts, photos and informational panels.
• Rock Composed features interactive displays that demonstrate how tone, pitch, key, rhythm, tempo, timbre, melody, hook, harmony and contour all come in to play when composing rock music and how these elements affect the listener’s experience.
• The Tools of Rock allows us to try an array of five instrument kiosks that teach and encourage to record our own rock ‘n’ roll music. Through the deep dive kiosks, visitors will learn how guitars, bass, drums, and keyboards work. Using The Science of Rock ‘N’ Roll backstage pass, which is available onsite for an additional $2, visitors can retrieve the content they create and share it with family and friends. 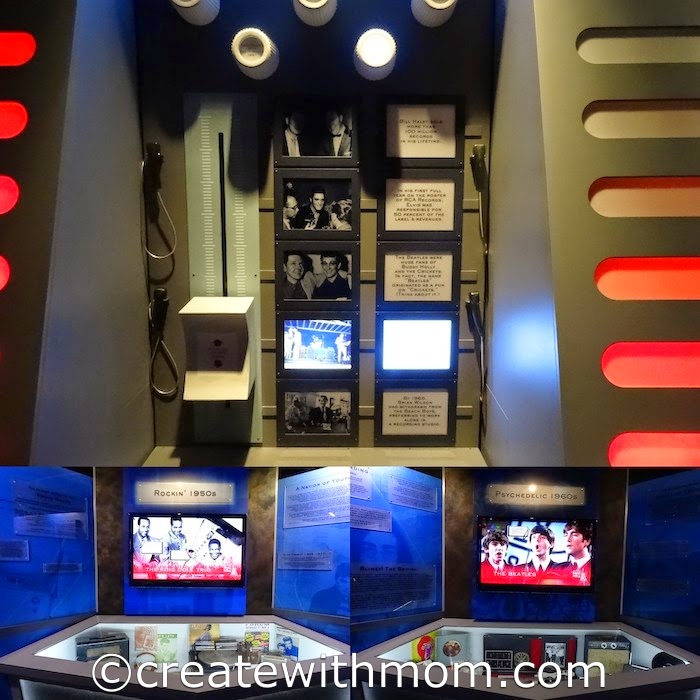 • Science of Sound provides visitors with a chance to discover the scientific elements of rock and roll and how listeners receive them. Visitors will learn about the differences between Mono vs. Dolby stereo and are able to create their riff on the Reactable, which is an interactive touch table
• Recording Rock teaches visitors how recording studio technology has affected the evolution of music with fascinating stories behind how music has been captured over the last 140 years. 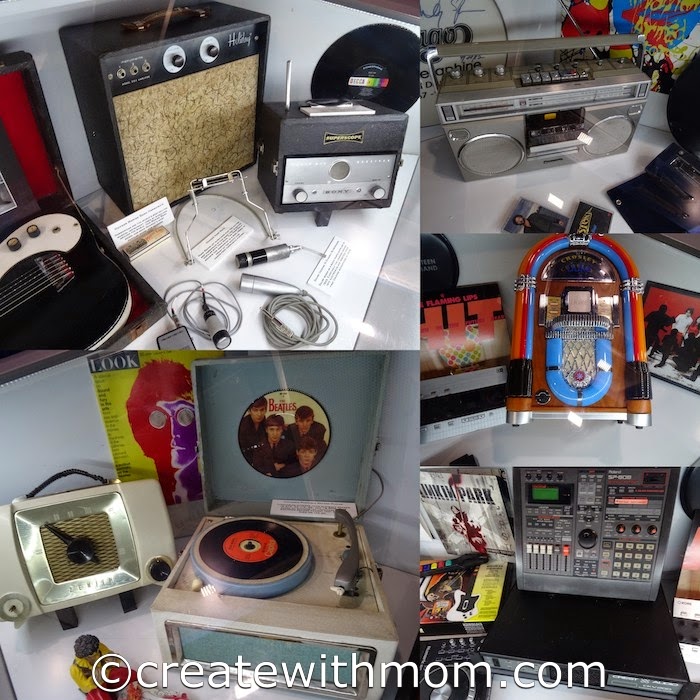 • Careers in Rock highlights the numerous careers that are available in the music industry both on- and off-stage.
• Concert Experience immerses visitors into a virtual setting of a live concert using a twenty-foot high video wall, light show and crowd effects. It’s the ultimate finale to The Science of Rock ‘N’ Roll. 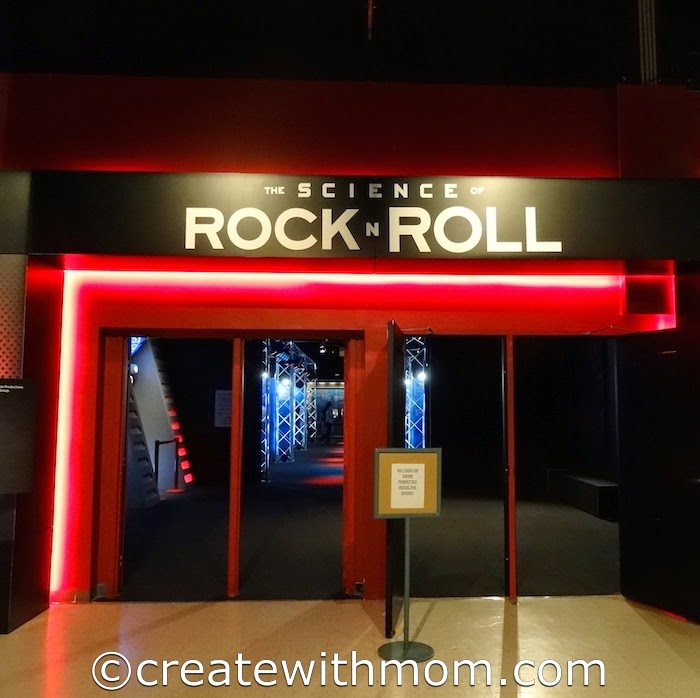 ScienceROCKS! transforms the Ontario Science Centre into a musical playground for grown-ups, where everyone over 19+ can take in live performances, engage in thought-provoking presentations, explore the new exhibition and catch the film Rolling Stones at the Max on the big screen. From 7 p.m. to midnight on July 24, August 21, and September 18
Each ScienceROCKS! evening focuses on a different music-themed topic and explores it through
• Memory and Music explores the link between music and memory. How is it we can remember a song we learned when we were eight years old but can’t remember what we had for lunch three days ago?
• Just the Hits considers what makes chart-toppers so catchy. Why do parts of certain songs like earworms continue to play in our heads long after we’ve heard them? • New Technology and Making Music showcases technological advances in music. How does new technology affect the musical experience?