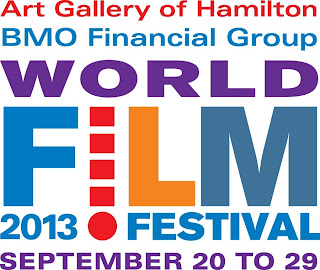 Win tickets to watch either From up on Poppy Hill or A Monster in Paris at this years AGH BMO World Film Festival in Hamilton that takes place between September 20 to 29th. 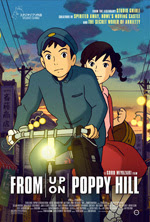 Win 2 tickets to watch From up on Poppy Hill
Sunday September 29  1 p.m.
Hamilton Public Library (Central Branch) - 55 York Blvd., Hamilton, L8N 4E4
The movie set in Yokohama 1963 brings to life the bustling seaside town, with its misty harbour, sun-drenched gardens, shops and markets, and some of the most mouthwatering Japanese home-cooking set to film. The story centres on an innocent romance beginning to bud between Umi and Shun, two high school kids caught up in the changing times.
During this time Japan is picking itself up from the devastation of the Second World War. The mood is one of optimism and conflict as the young generation struggles to throw off the shackles of a troubled past. While the children work together to save a dilapidated Meiji-era club house from demolition, their tentative relationship begins to blossom. In an unexpected twist that parallels what the country itself is facing, a buried secret from their past emerges to cast a shadow on the future and pull them apart. 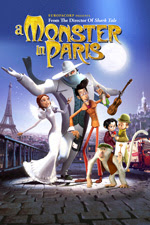 Win 2 tickets to watch A Monster in Paris
Friday September 27  4 p.m.
Hamilton Public Library (Central Branch) 55 York Boulevard, L8N 4E4
A Monster in Paris is set in Paris, 1910 is about Emile, a shy movie projectionist, and Raoul, a colourful inventor, find themselves embarked on the hunt for a monster terrorizing citizens. They join forces with Lucille, the big-hearted star of the Rare Bird cabaret, an eccentric scientist and his irascible monkey to save the monster, who turns out to be an oversized but harmless flea, from the city's ruthlessly ambitious police chief.

Giveaway:
Please enter through the rafflecopter below before September 13th if you would like to win 2 tickets to watch each of these movies. This giveaway is open to anyone in Canada who will be able to attend the shows.
Update: The winner is Stephanie and Kathleen