The Adventures of My Pirate and Princess 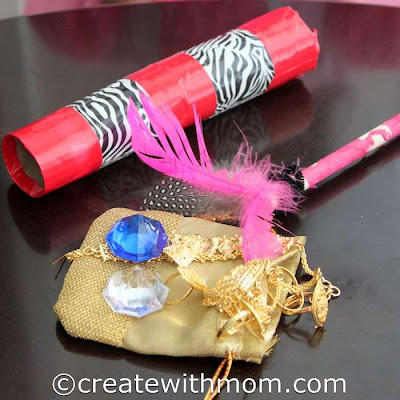 My daughter and son enjoy pretend-play, so they were super excited when we made this Spy Scope and Wand.
There is a story to go along these two pirate and princess accessories... Once a upon a time Princess Sister lost all her jewellery except for her magical wand that gives directions. The good Pirate Brother helped his sister look for the lost jewellery using his Spy Scope. 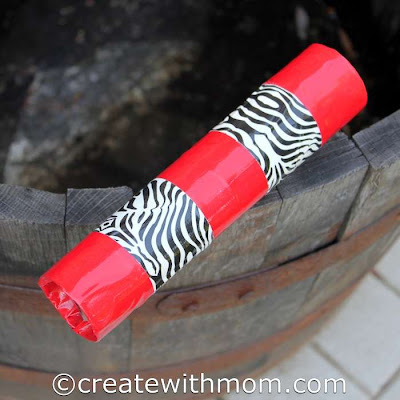 Instead of using the old map Pirate Brother decided to listen to his Princess Sister's directions on which way to go because the wand gave instructions more easily. Like every fairy tale, they did end up finding the jewellery and lived happily ever after :) 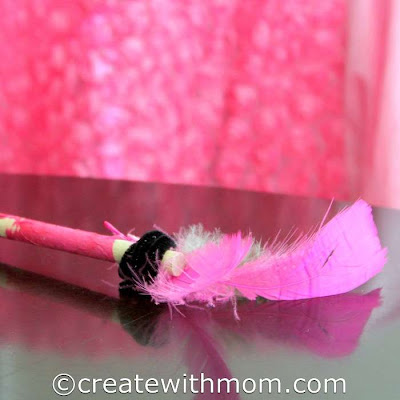 For the wand we need...
a stick or rod
paint or craft tissue paper and glue
craft feathers
rubber band or craft pipe cleaner

Paint or cover the rod with craft tissue paper. Then attach the craft feathers on to one end of the rod using a rubber band or pipe cleaner. 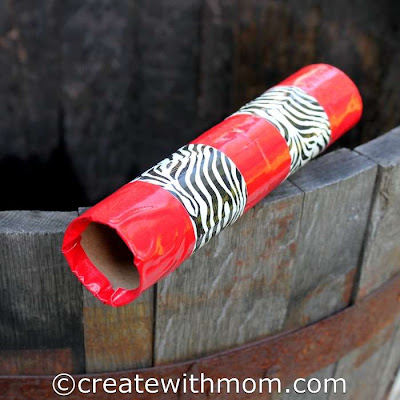 Use duct tape and cover the paper tube to make the Spy Scope. We decided to do a pattern with the zebra print and red duct tape. 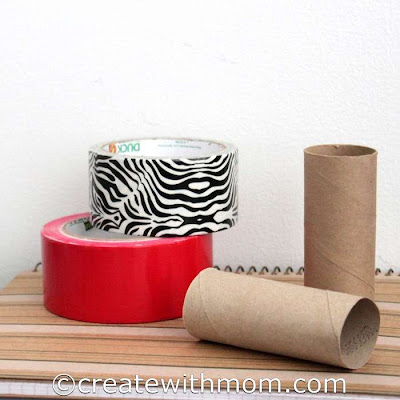 With Jake the Never Land Pirates followed by Sofia the First being on Disney Junior during July and August, my children's conversation and play is mostly about Pirates and Princesses. These two episodes start at 6:30pm ET during weekdays; and every Monday there are new episodes for both shows so don't forget to set the PVR. 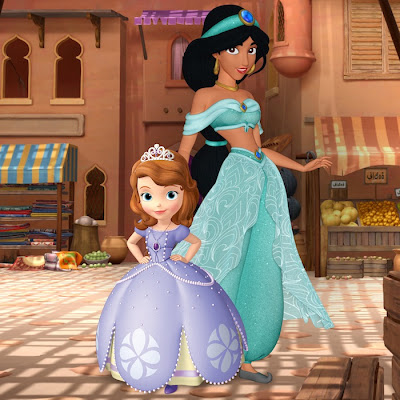 We enjoy watching movies and are glad that during the summer holidays, Disney Junior is treating us with commercial free movies every Saturday night at 6pm. 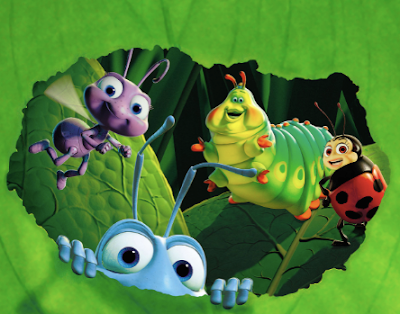 Watch It's A Bug's Life on July 13, It's Tinker Bell on July 20 and the premiere of the brand new Winnie the Pooh movie on July 27. 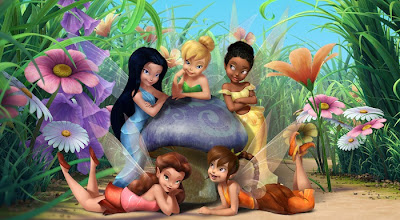 If you have a Winnie the Pooh fan be sure to check out the activities on this page. 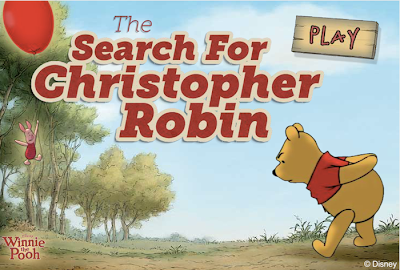 Disclosure: I am part of Disney Junior Mom and receive special perks as a part of my affiliation. All rights reserved on photographs and written content Createwithmom © 2011 - 2013. Please Ask First