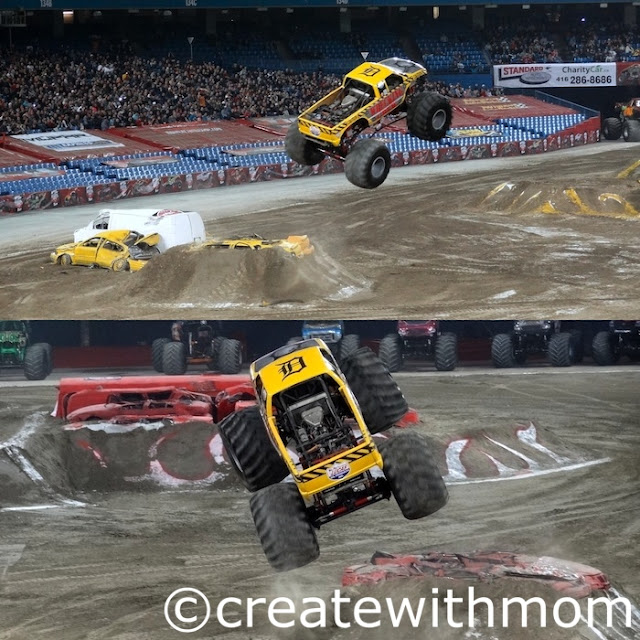 We had an awesome time at the 2013 Maple Leaf Monster Jam Tour when they came to the Rogers Centre. 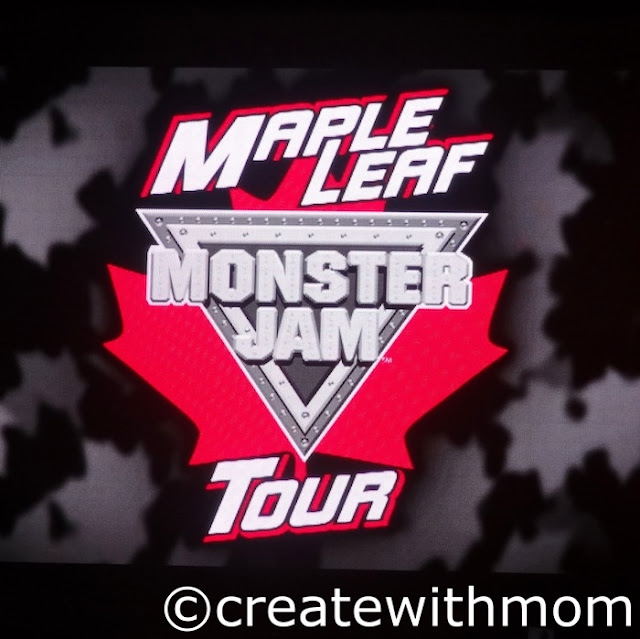 My mini Monster Jam fans and I had a wonderful time getting down and dirty at the Monster Jam Pizza Party in the Pit, where we got to meet the drivers, ask questions, get autographs and take pictures. 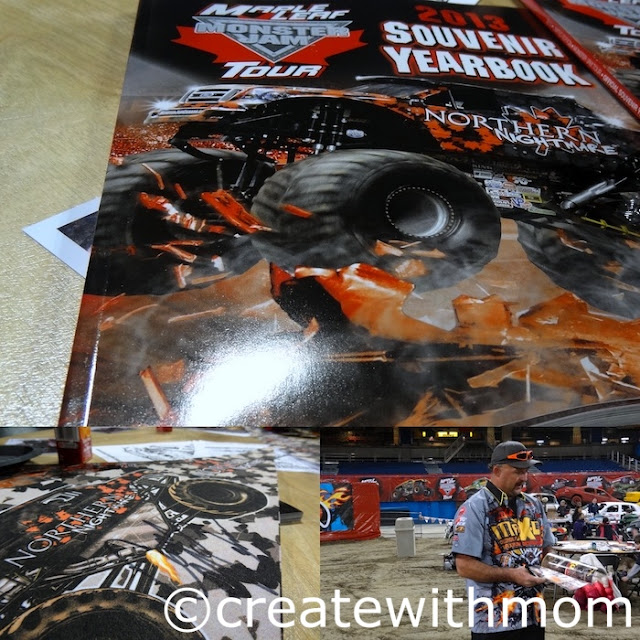 Decorating the Crush Car and shovelling the dirt to make the sand mound for the show were a lot of fun for my children. 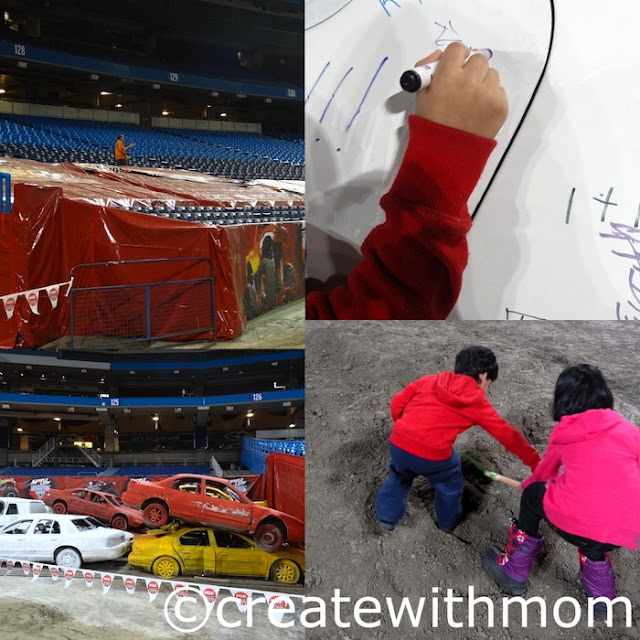 Decorating the cars
We really enjoyed getting up close to take a look at the 10,000 pound Monster Truck.  My son being a fan of trucks asked Cam McQueen how come there were no doors and how these big trucks were built.  I was happy how nice the drivers were and they answered his questions and explained by showing, so a four year old could say that's cool :)  It would have been nice to see how the inside of the truck looks. 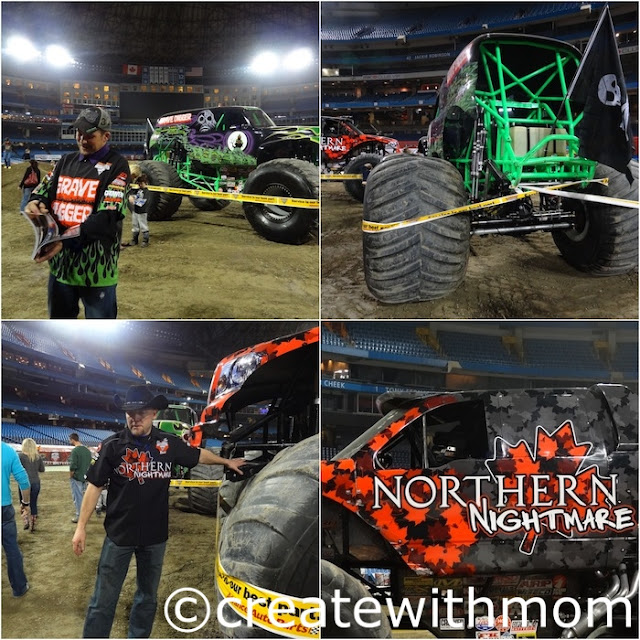 We went to watch the show on the opening day.  I really liked how they started the show with the national anthem and then had all the trucks revving up around the track. 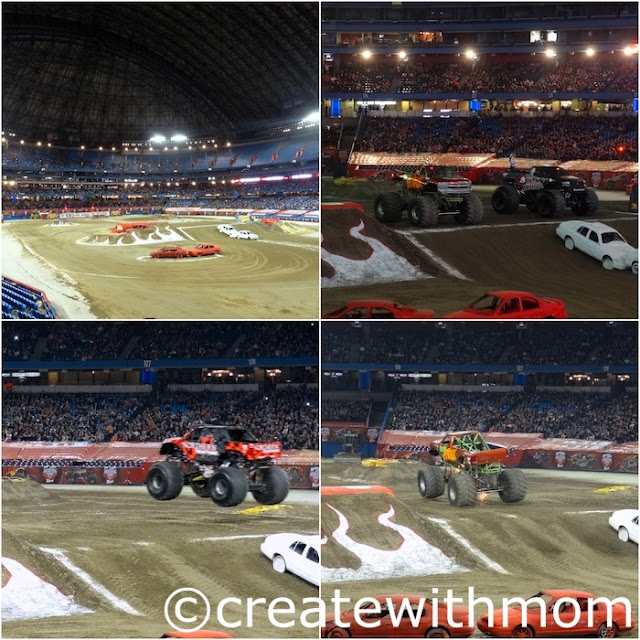 The 1st half of the show was a racing competition. 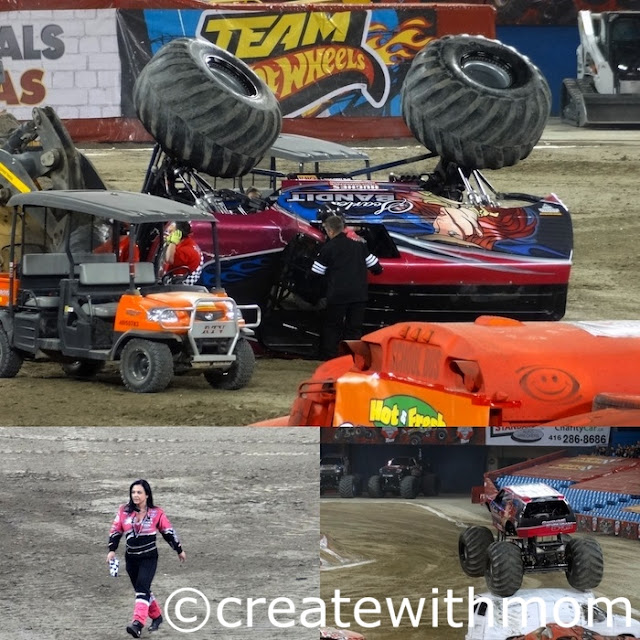 During a small break they had competition with three wheel dirt bikes. 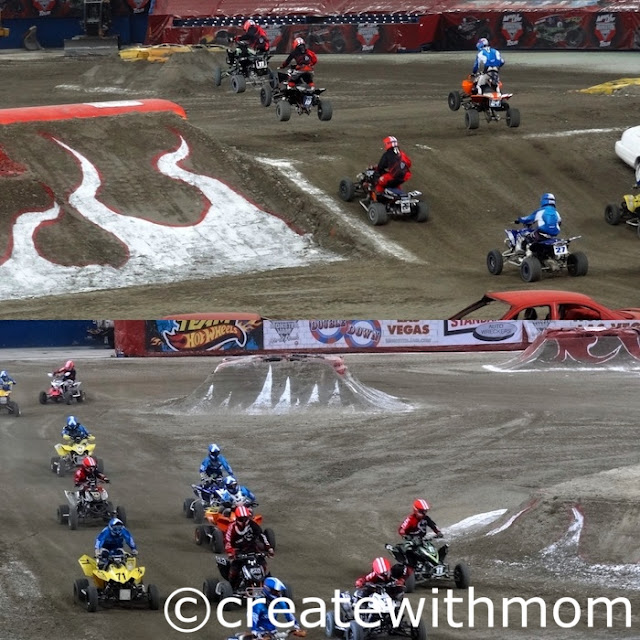 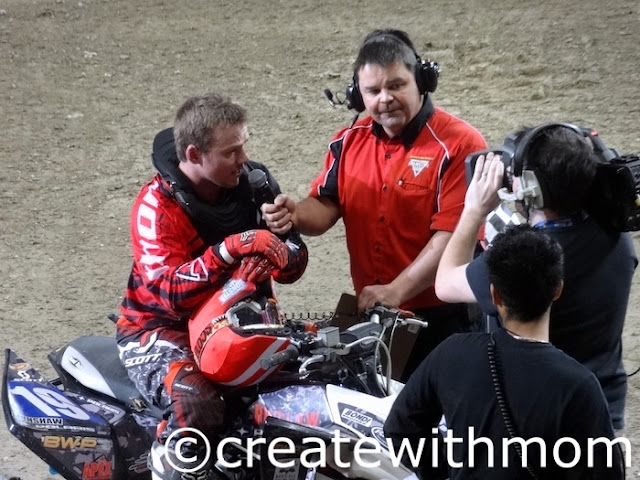 Before the freestyle part of the show started they had two robots and fireworks. 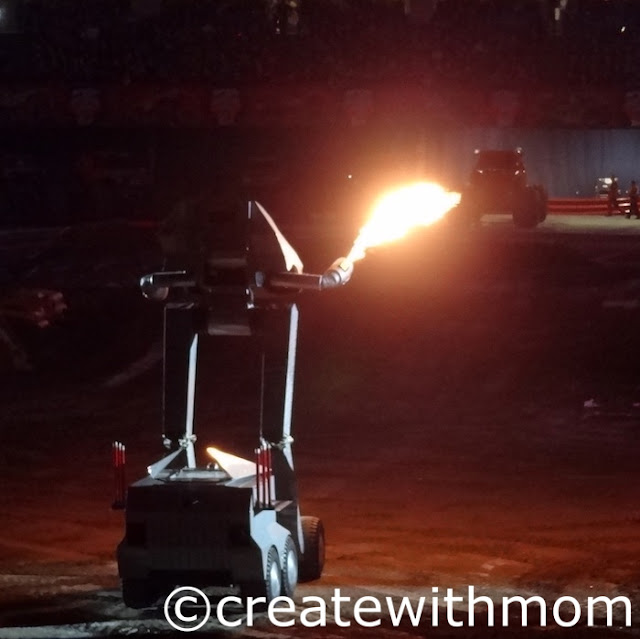 My children and we really enjoyed watching the second half of the show, when the trucks did tricks and was flying over the dirt mounds. 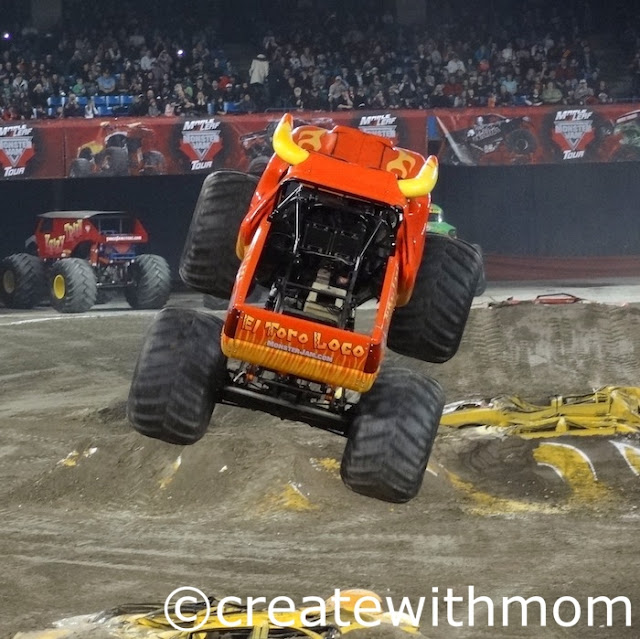 When the trucks were changing or had to be removed, the audience were distracted by t-shirts thrown for lucky people in the crowd to catch. 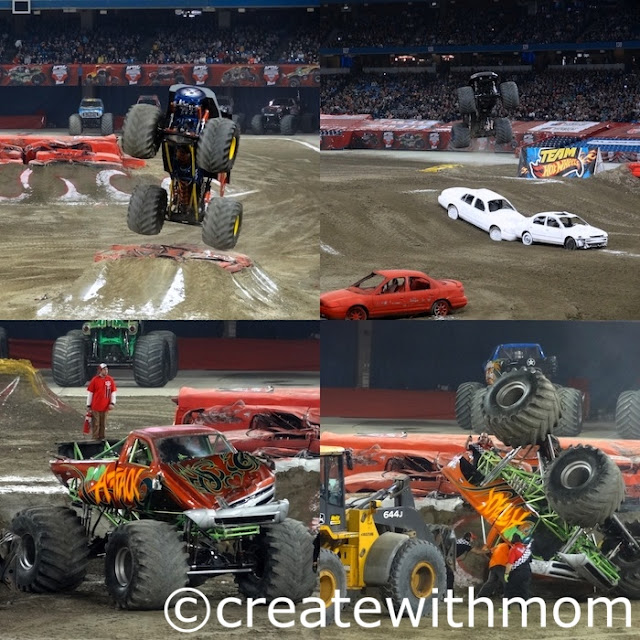 It was almost like the trucks were little toys because of the way they were flying around and tumbling. 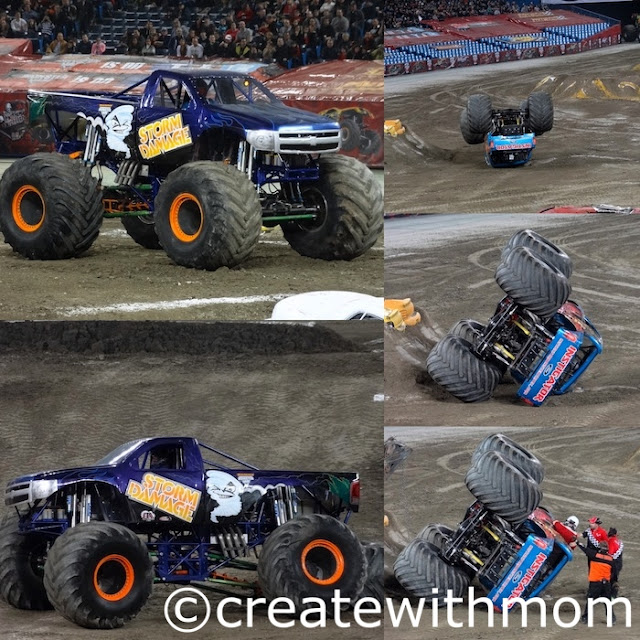 This jaw-dropping showcase of freestyle and racing competition features the largest, most advanced automotive machines in the world. 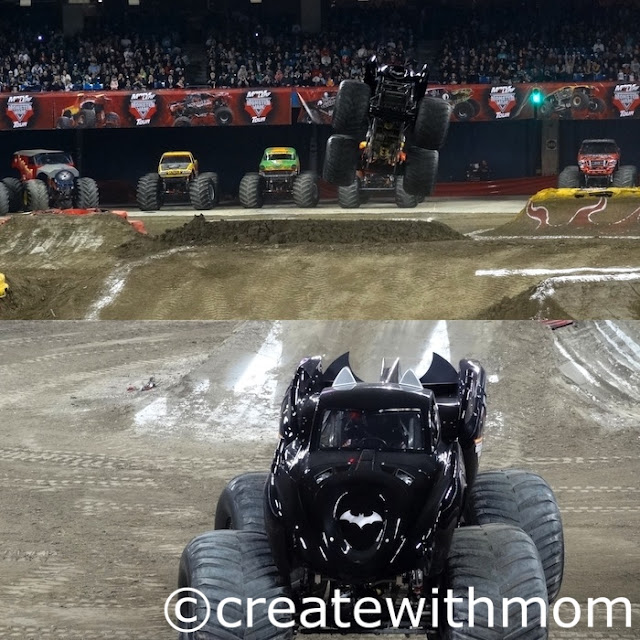 These custom-designed monster trucks average 12 feet tall by 12 feet wide. The tires are 66" tall and the trucks weighs a minimum of 10,000 lbs. Built for short, high-powered bursts of speed, Monster Jam monster trucks generate 1,500 to 2,000 horsepower and are capable of speeds for up to 100 miles per hour. 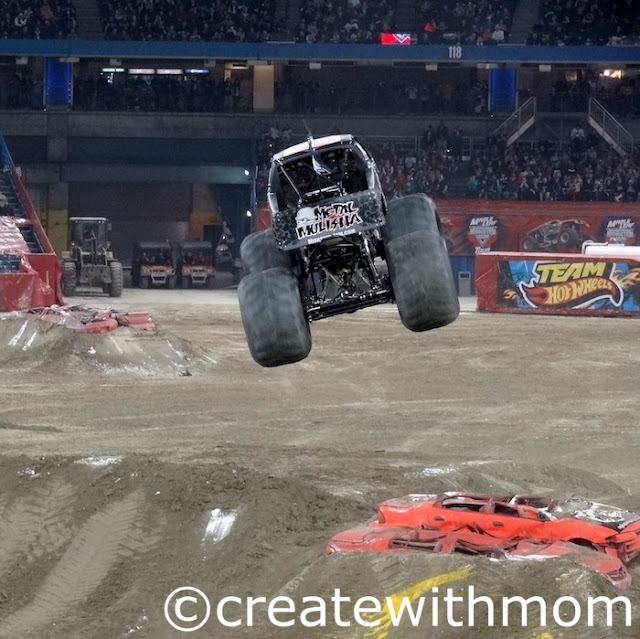 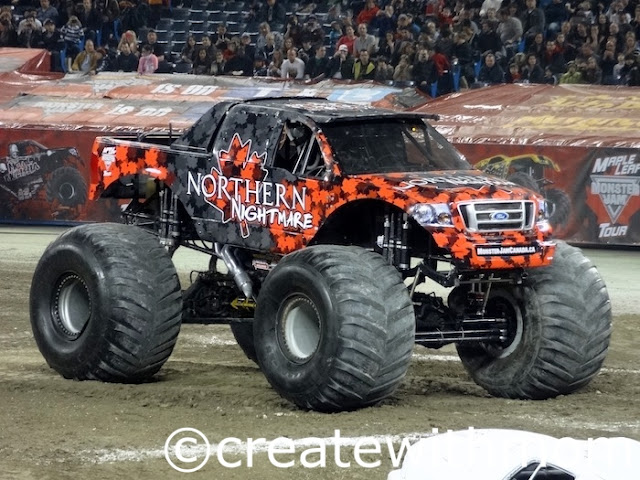 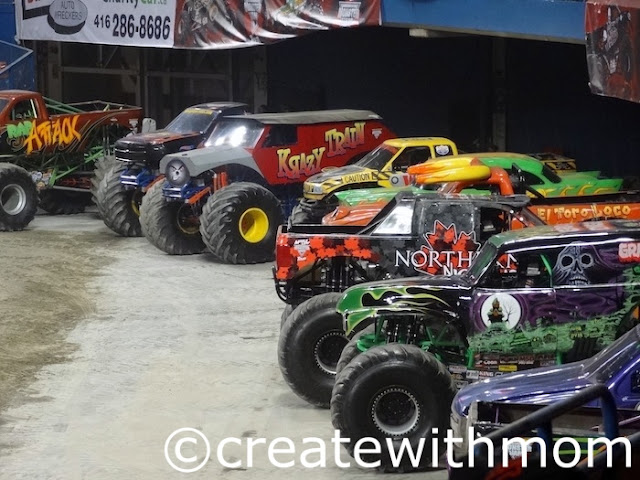 Monster Jam has been touring cities across Canada, check to see when they are touring your city.  Don't forget your earplugs when you are going to watch the show it is very important! :) 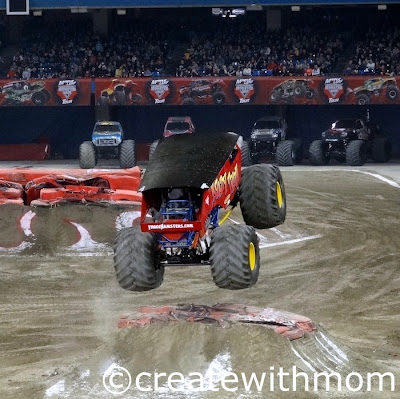