A Big Shout Out: Thanking my Mentor Prophet Muhammad (PBUH) 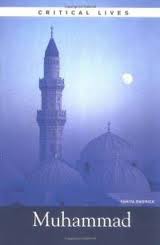 Many of us have a mentor that has influenced the way we live our life; hopefully in a positive way so we can thank them. My mentor is the most influential man in history, Prophet Muhammad Peace Be Upon Him (PBUH).

Prophet Muhammad (PBUH) is listed to be the 1st person in Michael Hart's book The 100: A Ranking of the Most Influential Persons in History. Prophet Muhammad's (PBUH) teachings form the basis of Islam as he taught us to greet each other with peace, feed the hungry, honour the ties of kinship and pray so we can enter heaven in peace.

I read the critical lives book, The Life and Work of Muhammad (PBUH) written by Yahiya Emerick to learn about the life of the prophet.  This book has an unbiased detailed biography of all the incidents that happened in the life of Prophet Muhammad (PBUH), which I enjoyed reading.  Some parts about the prophet's life made me feel happy and other parts made me cry.  The language that the author uses is clear and easy to understand.  The history and the scenarios are descriptive and well explained, which taught me about Prophet Muhammad (PBUH) daily life as a husband, father, friend, mentor, teacher, prophet, lawgiver and judge.  It is important for all of us to learn and know about Prophet Muhammad (PBUH) and his message as it influences the geopolitics and spiritual beliefs of millions around the world.  This book will also clear misunderstandings and wrong assumptions.

Islam is the fastest growing religion in the world which was sent and taught to Prophet Muhammad (PBUH) by God.  The prophet's efforts have built dynasties, empires, legal traditions, laws, politics, economics and civilization that didn't exist before.


Prophet Muhammad (PBUH) was born in the 7th century in Arabia when it was a place of warring tribes, exotic oases and scurrilous merchants.  The peninsula was then known as the island of Arabs where the descendants of Prophet Ibrahim (or Abraham) PBUH lived.  People were largely ungoverned by the surrounding great powers, some practiced Christianity, Judaism and Zoroastrianism.  Most Arabs at that time were animists and idolators.  They lived through trade, herding, raiding and handiwork.  Many people were illiterate, they owned slaves and lived in ignorance.

Prophet's life
Prophet Muhammad (PBUH) was born to a noble family known as the Quraysh in the city of Mecca. Quraysh were the direct descendants of Prophet Ibrahim's son Ishmael. They were the keepers of the House of God also known as the Ka'bah. Prophet Muhammad (PBUH) was orphaned as a baby and was sent to live with the nomadic dessert tribe until he turned five. He didn't fit into the urban society and was asked to tend sheep in the rocky hills above the city. This helped him to develop mental acuity to face the challenges and opportunities during his young adult life.

Prophet Muhammad (PBUH) settled into marriage, had a family and became a businessman.  He frequently withdrew himself from society because everyday life in Arabia was cruel.  He had a religious experience at the age of 40. His humble nature helped him when he received God's message. Islam eventually brought civilization to the Arabs based on believing in one God and brotherhood.

One of our responsibilities as a global citizen is to accommodate diversity in a peaceful manner by learning the truth and making good decisions, which my mentor Prophet Muhammad (PBUH) has taught to the world.

All rights reserved on opinion of the written content Createwithmom © 2011 - 2013. Please Ask First