Exploring theatre and the arts in Stratford, Ontario is always a pleasurable experience for the entire family. Last summer, when we went to see the play The Music Man we also toured the Costume Warehouse. This year, we watched the musical Billy Elliot, and enjoyed a tour of the garden and a set changeover tour.
Billy Elliot, eleven year old boy living in the 1980s in a gritty mining town becomes a dancer by going beyond locally acceptable views of masculinity that boxing is for boys and ballet is for girls. The story teaches us that to grow we need to push beyond the limits set by our past, families, and the views of society. The story dramatizes historical events such as the 1984 - 1985 British miners' strike, reminding us such strikes are still part of today's society  and it changes livelihood and impact communities.
Billy is from a working class family with a widowed father and a bullying brother, both caught up in the miner's strike and a grandmother who has Alzheimer's. Billy walks in by chance to Mrs. Wilkinson's ballet class which changes his life. The dance teacher sees Billy's potential and helps him to get an audition which wasn't easy with the view Billy's family and the community had, but in the end they supported Billy. The story included political figures, and how angry people were at prime minister Margaret Thatcher at the time. 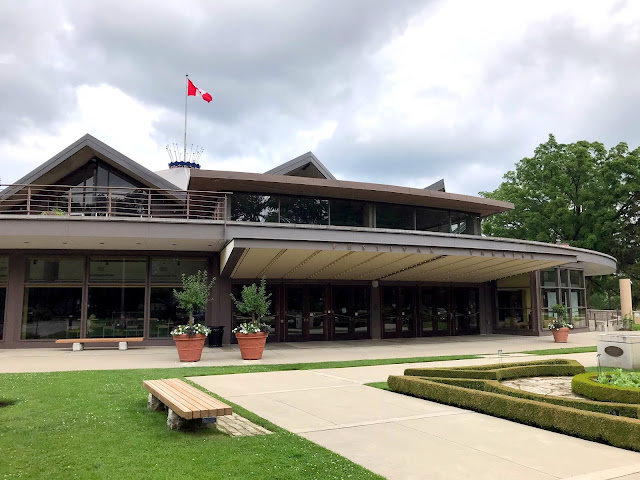 The actors did an outstanding performance with about seventeen songs, the music written by Elton John, and entertaining dance numbers. There were some mature content and swearing, so use your own discretion. We think it is a good play for children over ten years, since the actor playing Billy Elliot is 11 years old and there are lots of children around this age in this musical; it is nice for kids similar in age to see others their age on stage. My children both enjoyed this play which is about 2 hours and 45 minutes, with a 20 minute intermission. People we met before the show told us how good this show is and we second the opinion of many others telling how funny, entertaining, heartwarming, and emotional the play is. 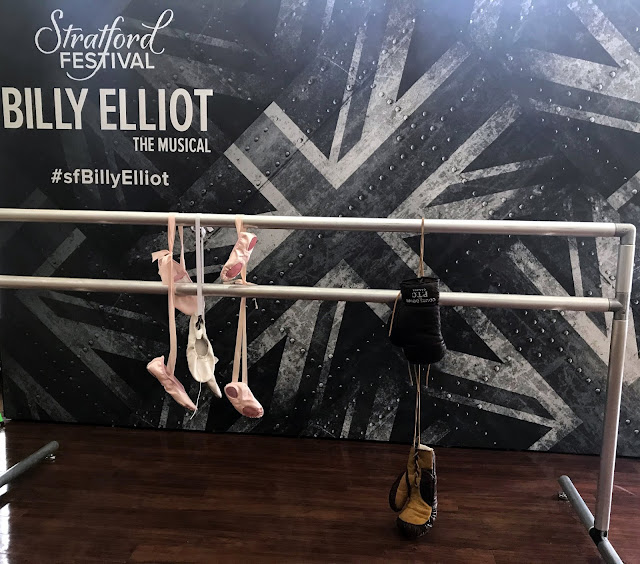 After watching the play, we plan to watch Billy Elliot the movie on Netflix. 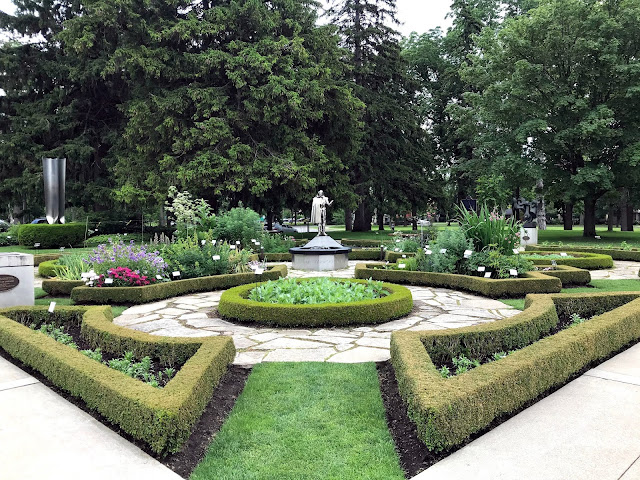 Before watching the play, we enjoyed our morning at Stratford by touring the gardens in front of the Festival Theatre. 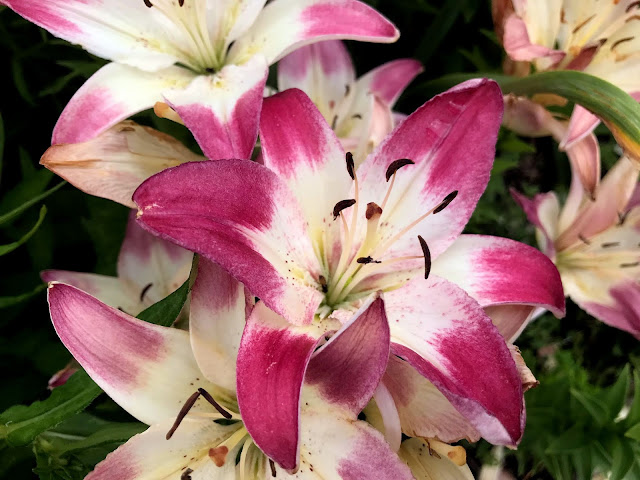 In the past years, we have just looked at the garden and taken a few pictures. However, getting the 45 minutes guided garden tour really made us see and appreciate the different collections as the guide pointed out the annuals and perennials in ten different garden beds. 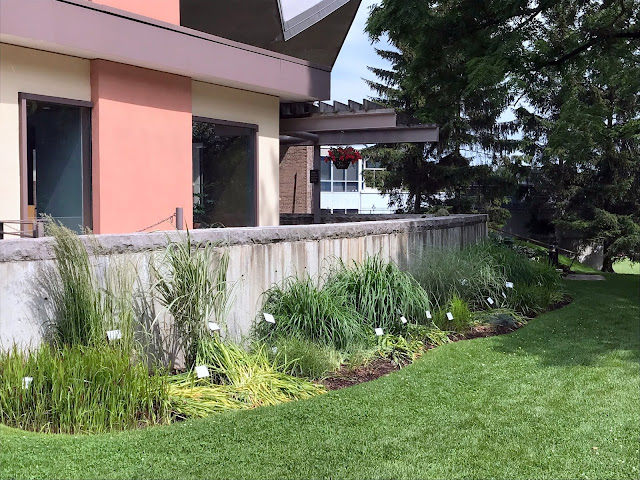 There are different grasses planted against the concrete that gives a visual appeal during changing seasons. 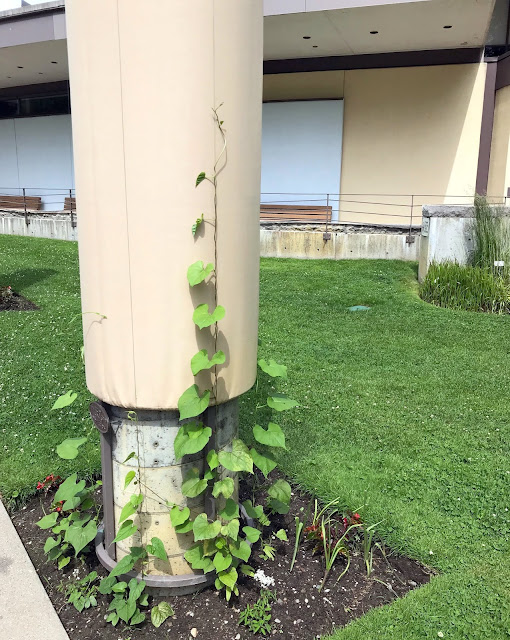 These panels with lights inside are made of tent material to remind us of the past. There were Morning Glory planted around to climb on the lines, and a few annuals around it. 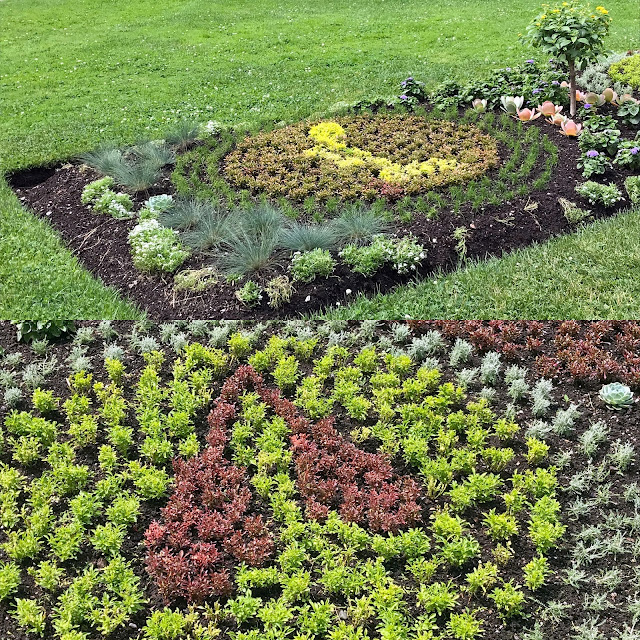 The artistic themed bed brings out symbols from different plays such as the ballet shoes from Billy Elliot. 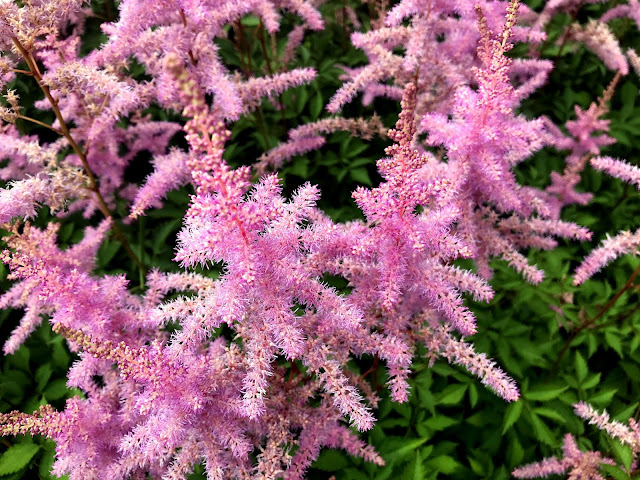 Shade garden with colourful coral bells and other plants and flowers in different colours. 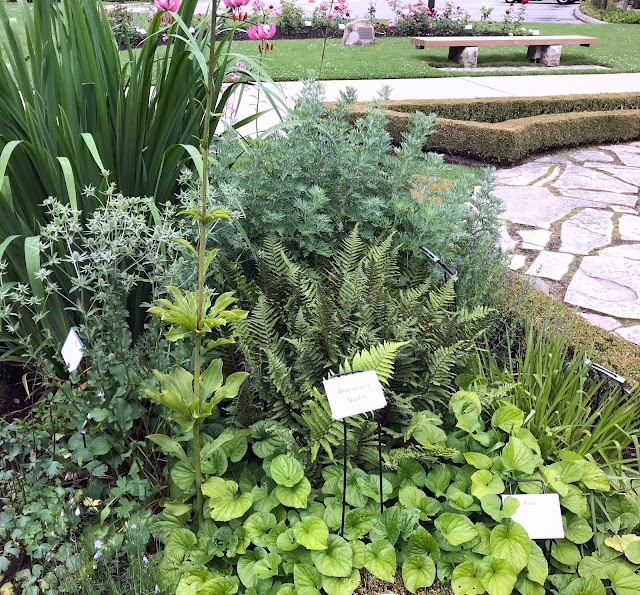 Culinary garden and a space with plants mentioned in different plays by Shakespeare.
We were able to identify a variety of plants that we already have in our garden, and made a mental note of the ones we plan to add. All horticulture enthusiasts, big or small, will enjoy this tour. 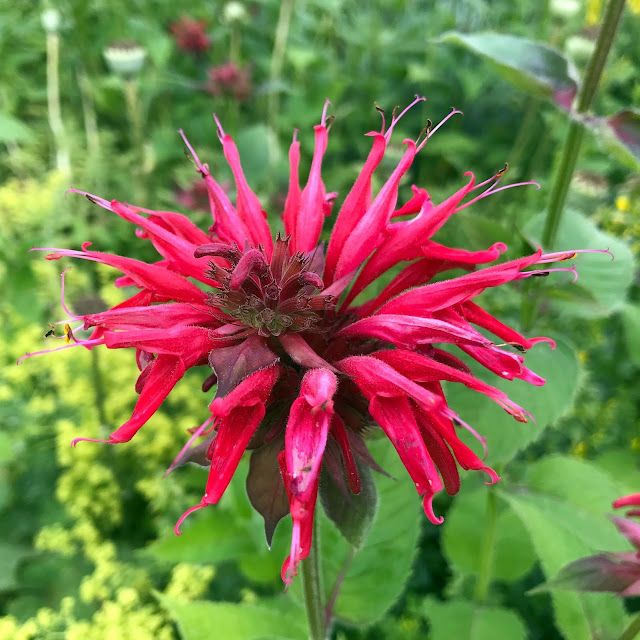 After the garden tour we had a picnic overlooking the Avon river. It is a peaceful and relaxing atmosphere. Then we went to see the variety of paintings and creative wood and stone sculptures at Art in the Park. We met talented artists who sell some of their art pieces. 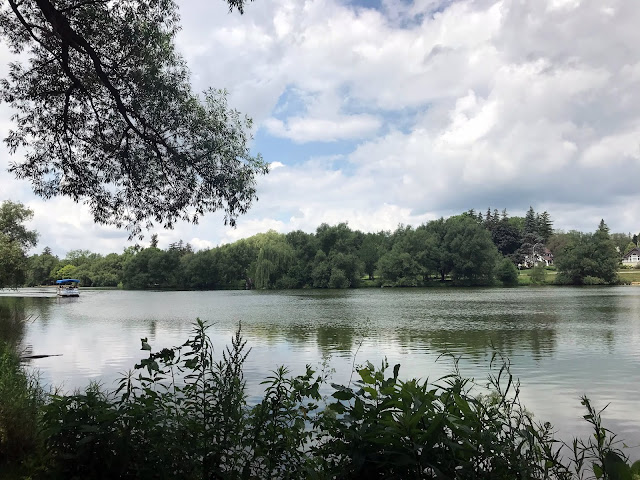 If you plan to visit on Wednesday or the weekend, weather permitting you might get a chance to check out the inspiring art work.
Immediately after the show we participated in the set changeover tour which was about an hour long. We totally recommend this tour, as we got the opportunity to see how quickly the backstage construction crew systematically removed the Billy Elliot stage setup and put up the set for Othello. The stage for the musical was circular and was placed on top of the original Shakespearean theatre floors. The crew removed some of the parts in the circular stage and converted it to a rectangle and added steps and a ramp for Othello. It was interesting to see the types of specific dollies that were made to easily maneuver and store the different stage pieces. They used a variety of maneuvering systems to switch the stage from one scene to another, which can be done during the play by both the actors or stage crew. It was cool to see how the window-like panels were replaced by a special screen to project artistic backgrounds for Othello.
Since photography and videotaping are not allowed we could not capture how neat and quick everything in the set changeover happened while we were seated and listening to the tour guide explaining what was happening. It is an experience all theatre enthusiast should see! Seeing the amount of work and detail that go into setting up the theatre for different plays make us appreciate theatre more, it certainly did that for us.

When my husband and I were younger, we read a few books written by Shakespeare as part of our school curriculum. This summer we are exploring The Little Book of Shakespeare by DK Canada. It is a compact, portable volume that brings the plays and poems of William Shakespeare to life with infographics and plot explanations. There are photography, images, timelines, and quotes from famous plays, such as Romeo and Juliet and Julius Caesar, to less frequently performed works such as King John and Henry VIII. Shakespeare plays, poems and sonnets are also part of this book. 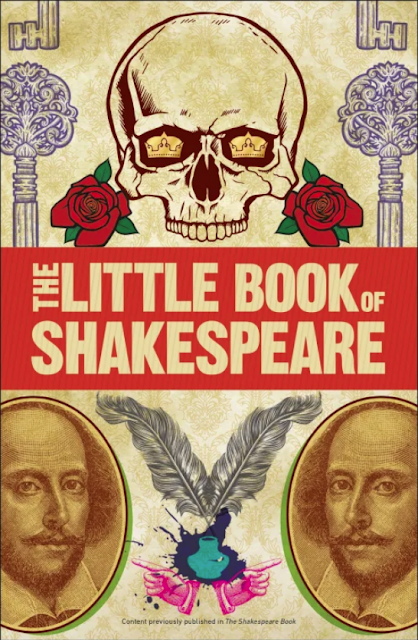 The book includes an at-a-glance guide to story chronology, which makes it easy for us to get back on track if we get lost in Shakespeare's language. Character guide provides a handy reference for casual readers and an invaluable resource for playgoers and students writing reports on Shakespeare. The introduction to Shakespeare's life and times provides the context we need to understand the stories better.

Disclosure: This post is in partnership with Stratford Tourism. Please note that all opinions and thoughts expressed are my own.
Images of the show posted with permission from Stratford Festival. All rights reserved on the written content and photographs Createwithmom © 2010 - 2019. Please Ask First