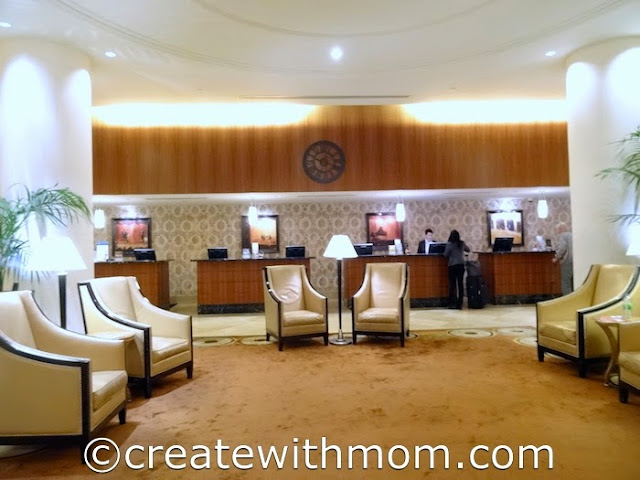 This summer my family and I enjoyed exploring Montreal, Quebec. Our drive to Montreal was about 5 hours from Toronto with a few stopovers at ONroute locations. We stayed over at the largest hotel in the province of Quebec, Fairmont The Queen Elizabeth in Montreal. The Canadian National Railway built this downtown hotel in the 1950s. 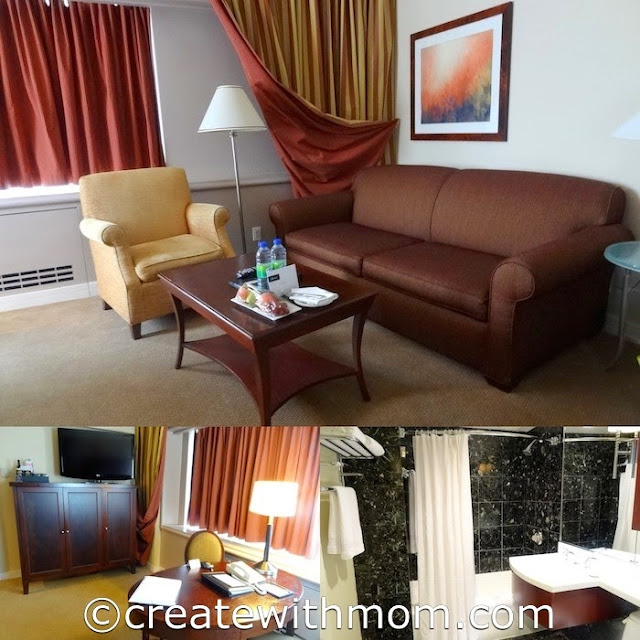 We stayed in one of their one bedroom suite that is located at the end of each hallway. The elegantly furnished and spacious suite consist of one room with full bathroom connecting to a living room area that has a sofa bed and bathroom. 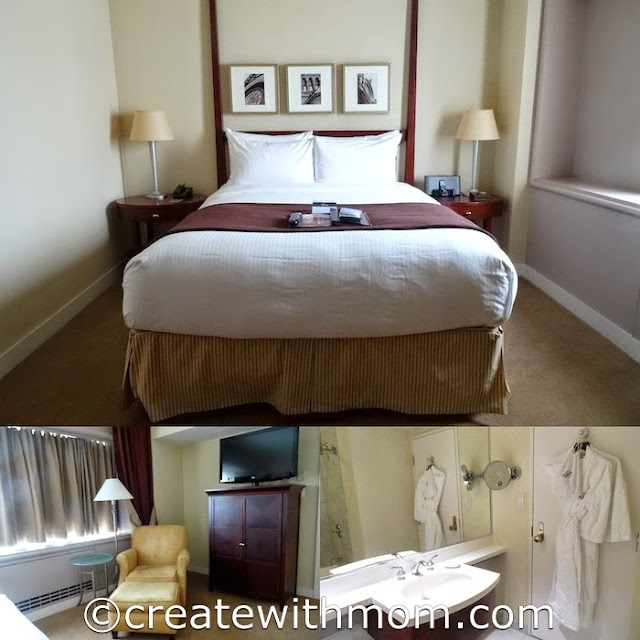 The hotel Fairmont The Queen Elizabeth has a Health Club with lots of fitness equipment, an indoor pool, spa, meeting space, and restaurants for our convenience. 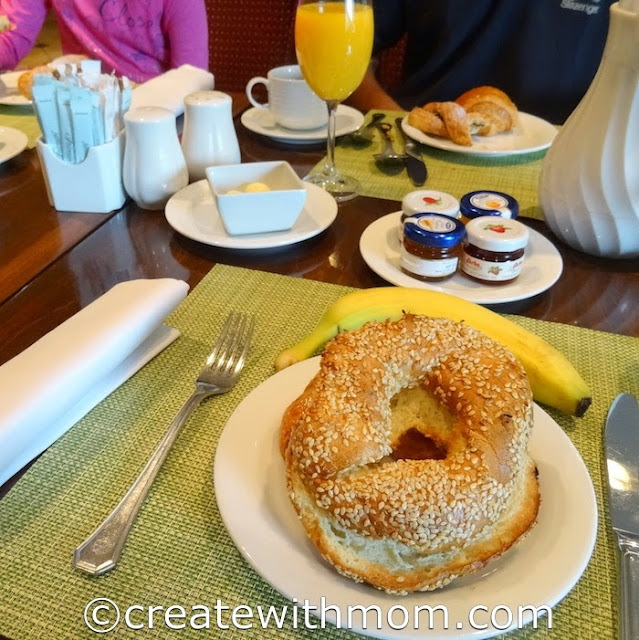 When we become a member of the Fairmont President's Club for free, access to Wi-Fi is complementary, and there are lots of other perks. 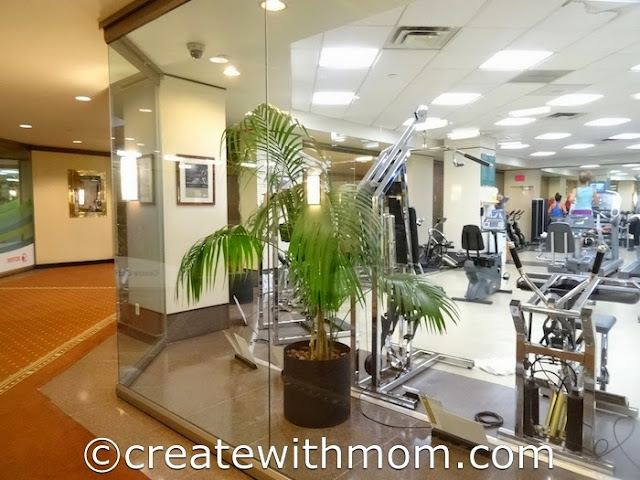 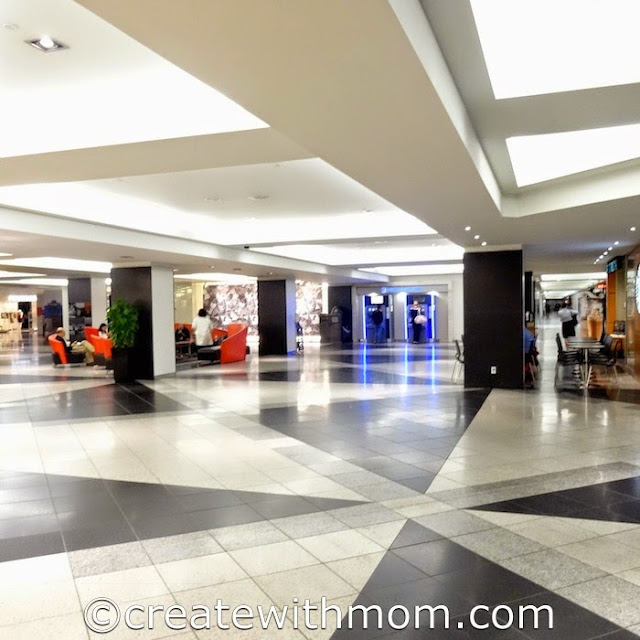 Everything was connected from the underground, including office buildings, banks, malls with a variety of shops and eateries, and attractions that was fun to discover such as the Grévin, wax museum in Montreal. 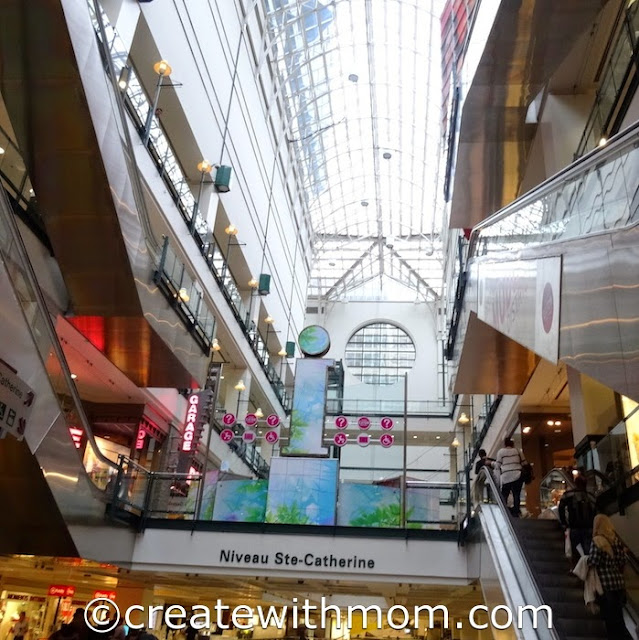 We didn't know about the beautifully and intelligently designed underground city before our visit, so discovering the ease of using it was very helpful. My children found exploring underground to be fascinating too. The underground city is not only adventurous, but also a convenient way to explore Montreal when it is cold or too hot outside. There are lots of tourist information booths, which are helpful so there is no fear of getting lost. 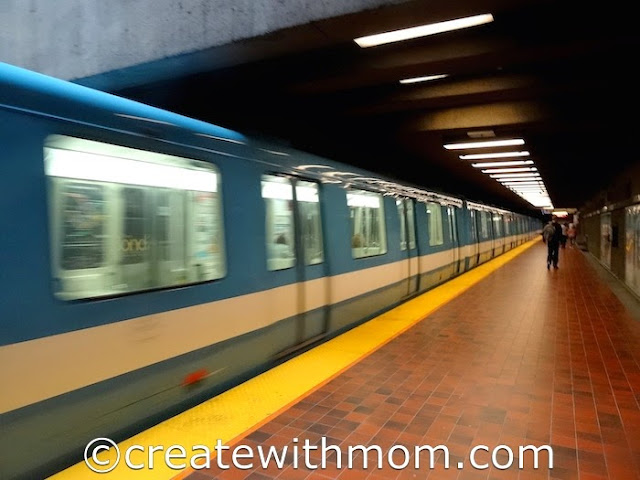 Since the hotel we stayed at has valet parking, we found it easier to take the bus and the Metro instead of the car. It was easier for us to travel to attractions in their well thought out public transit, since we were not familiar with the Montreal streets and they have lots of one-way streets. 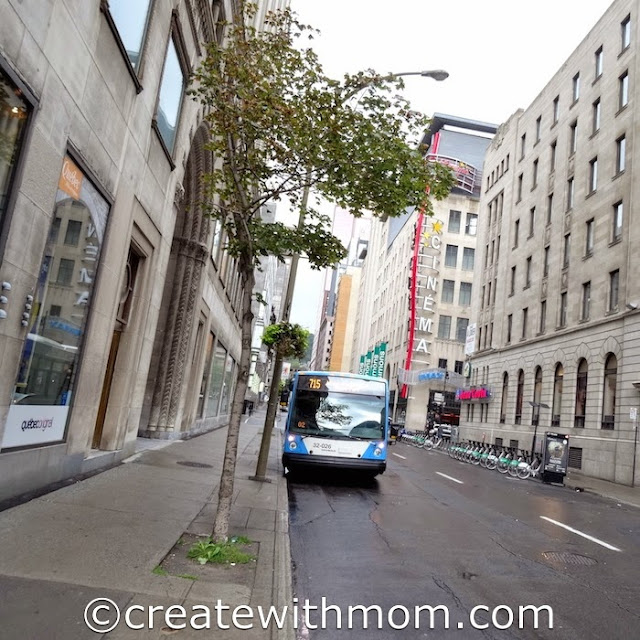 With the city's initiative to be green, they have lots of bike rentals such as Bixi in many places, so if you bike this is a good option to avoid the traffic and keep the cost of travelling down. 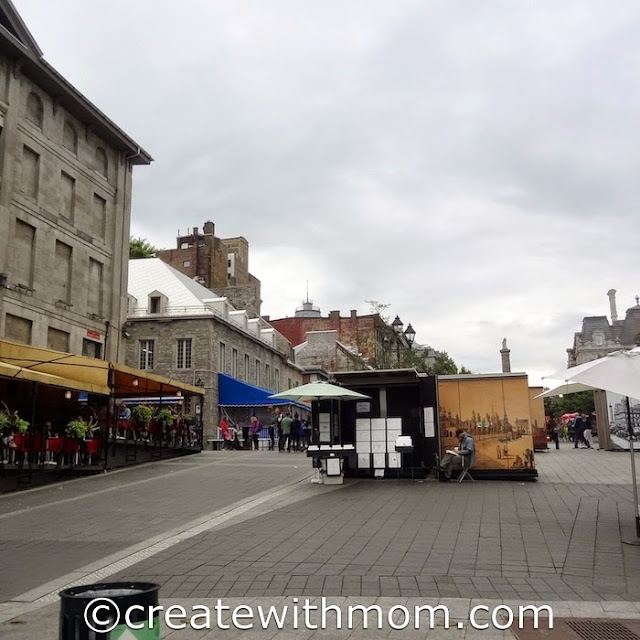 I like how everything in Montreal is built to preserve the past. The urban development takes into consideration the value of preserving their history and culture, which gives the city an old charm. There was a lot of European and Parisian feel in lots of architecture and buildings. Sometimes it felt like we were in Europe and Paris, while we walked the cobblestone streets and dined at fine dining restaurants such as the Restaurant L'Autre Version. It was picturesque to see the 16th century buildings with original stonewall. 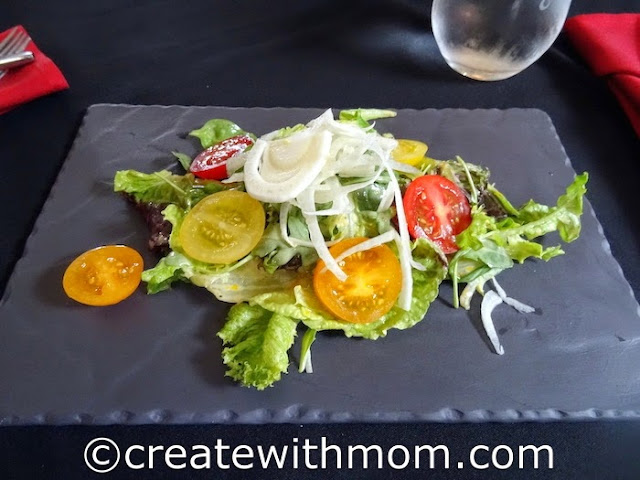 The detailed old buildings have a lot to say of its past when we observe. We went to Point-a-Calliere Museum that explores the history of Montreal through archaeological studies and artifacts. The museum is located close to the edge of the St. Lawrence River in Old Montreal. I will post about the special exhibitions we saw and the details in an upcoming post. We also went to the Montreal Science Centre, which is close to the Museum and had lots of fun. 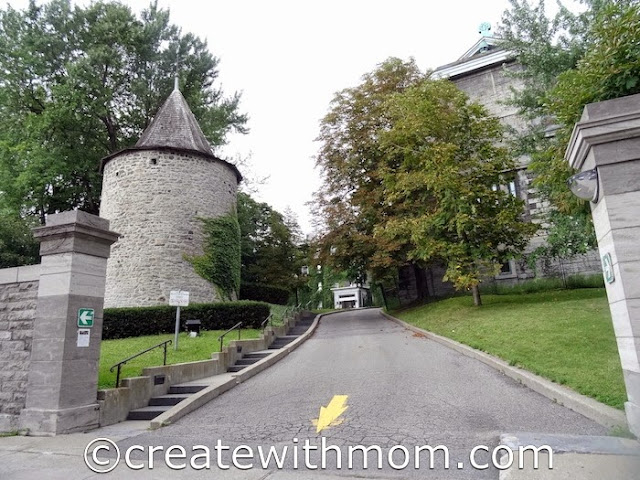 One of the things we love about Montreal is that it is a very green city with lots of parks and green space. This family friendly city has lots to activities the whole family can enjoy all year. We really admired the architecture of the entire city, as we toured and drove around many of the boroughs of Montreal with a wonderful tour guide. During our tour we learned lots of interesting things about the history of Montreal, and it helped us see in depth the beauty of the city. 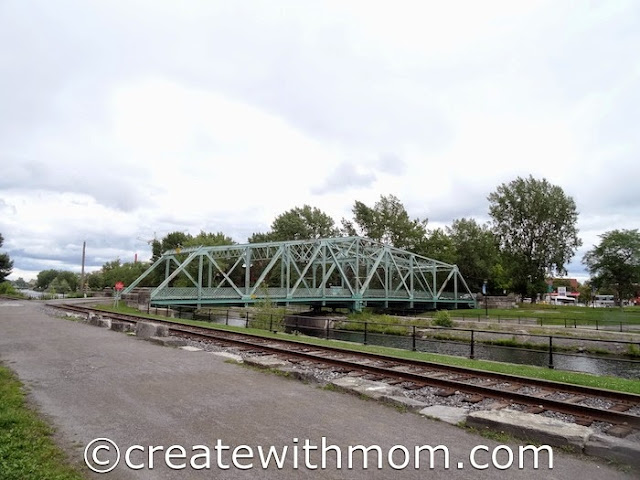 We went by the Lachine Canal and the Atwater Market, which looked beautiful and relaxing. 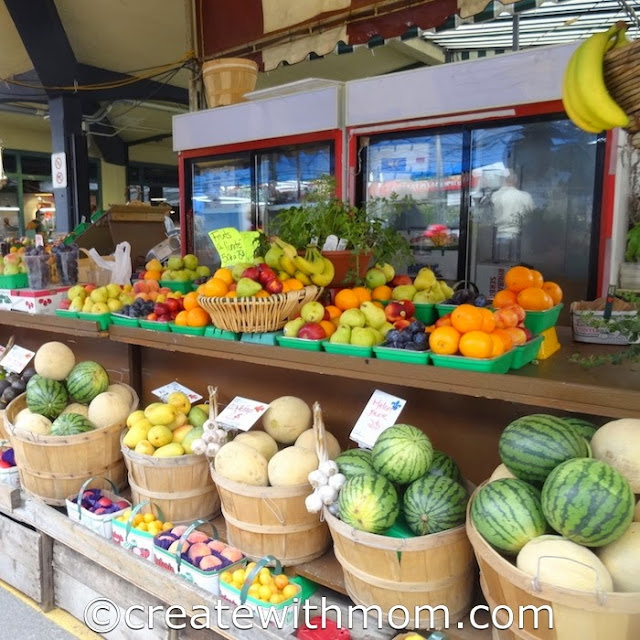 Atwater market is the second largest market in Montreal. 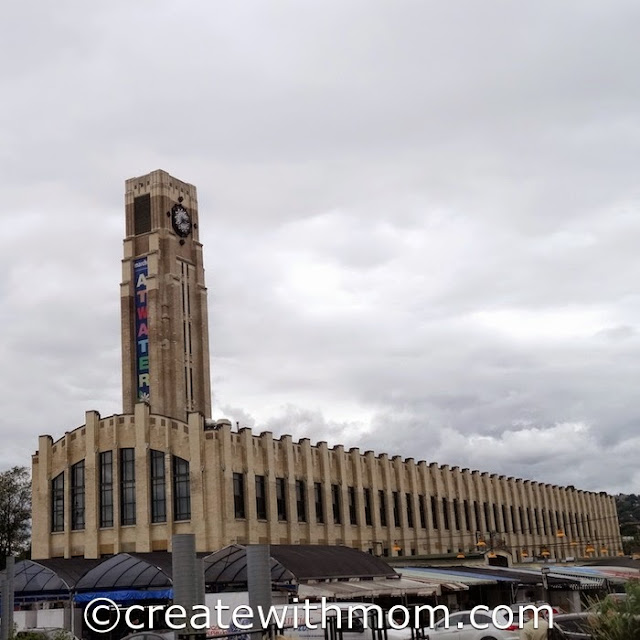 The energy and the love for music and fine arts are very prominent in downtown Montreal. There is so much to do; each week there are unique festivals at Place des Festivals such as celebrating the Aboriginal culture, fashion week and more, which keeps the city full of new things to explore all the time. 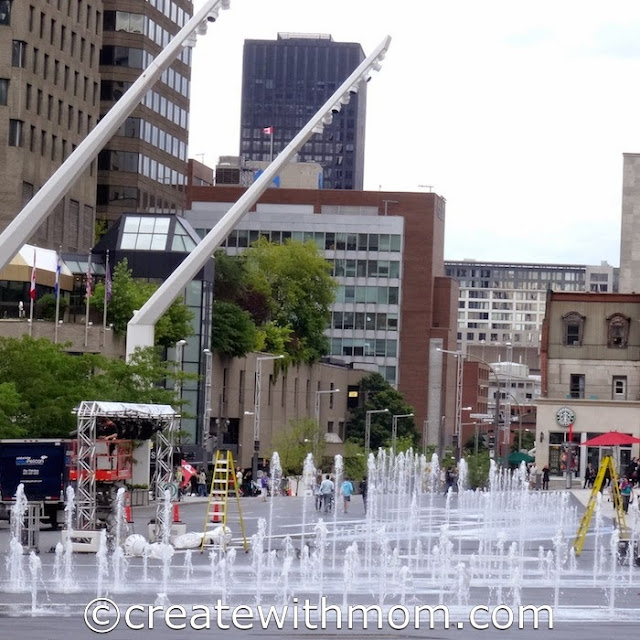 We liked watching Elixir the biggest animated, interactive fountain in Canada. It is in the middle of an entire street where the water dances to the music. This is located close to Place des Festivals in downtown Montreal. Although, we didn't get a chance to see the Elixir at night our tour guide told us that there are lots of colourful festive lighting at night. 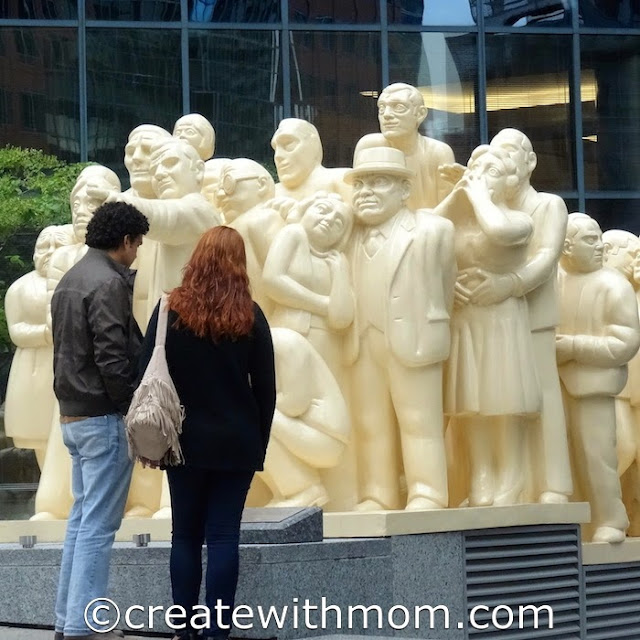 There are many sculptures all over Montreal, with each one telling a story... so there is a lot to learn and talk about when touring Montreal. For example this Illuminated crowd in Montreal, Quebec is a sculpture made by Franco-British artist, Raymond Mason. In this sculpture there are 65 people of all ages, race, facial expressions and conditions are depicted on four platforms. It illustrates the degradation of the human race and symbolizes the fragility of the human condition. 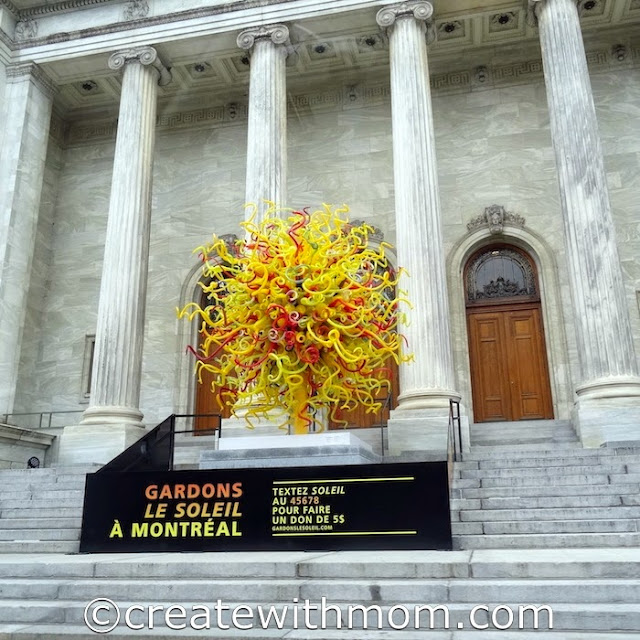 I like that all the buildings have to be lower in height compared to Mount Royal. More about the beautiful scenery of Montreal from Mount Royal soon :) 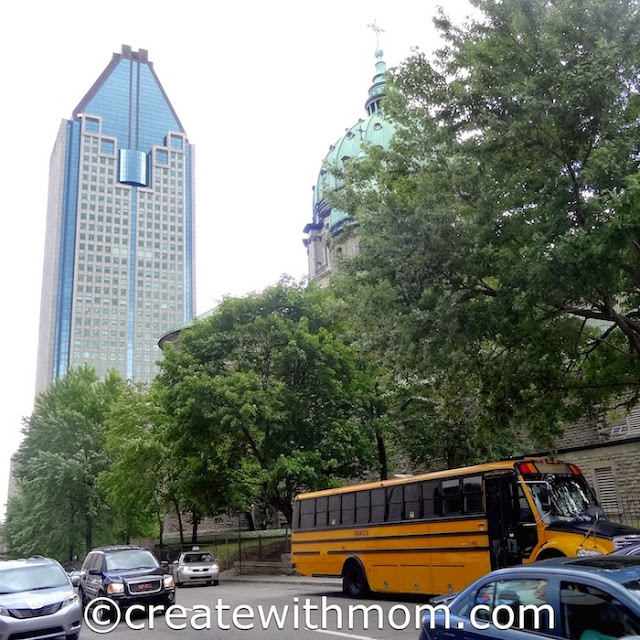 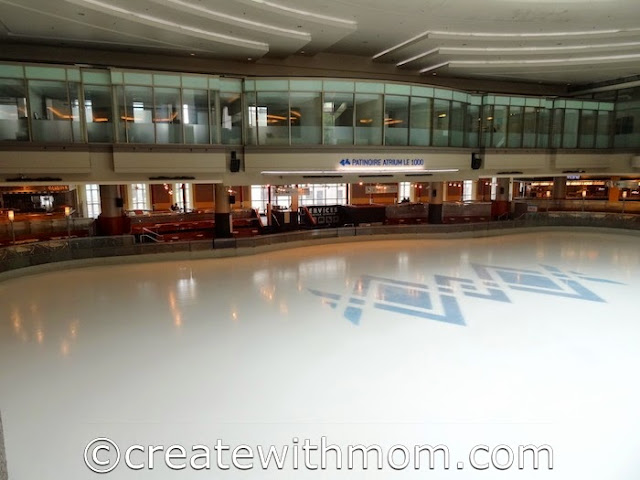 My children really enjoyed running through the Sculpture garden by the Montreal Museum of Fine Arts. 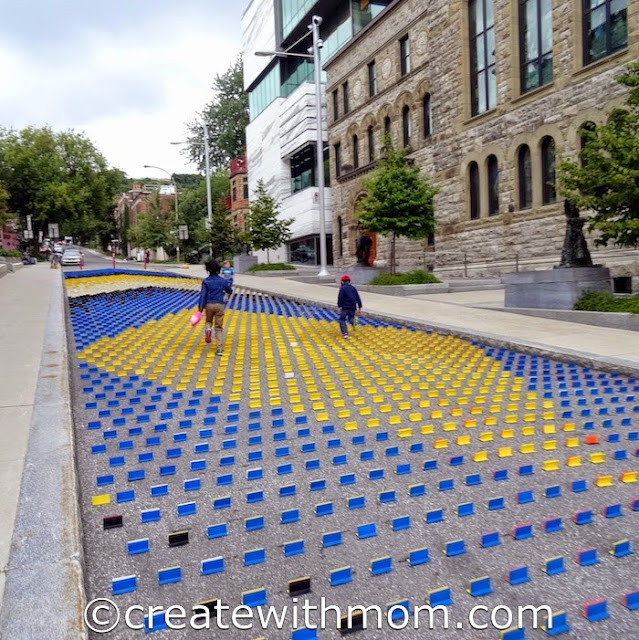 They are lots of parks and activities right in the streets of downtown Montreal that children will really enjoy. We also liked the relaxed atmosphere in downtown streets of Montreal. There are lots of food trucks as well. 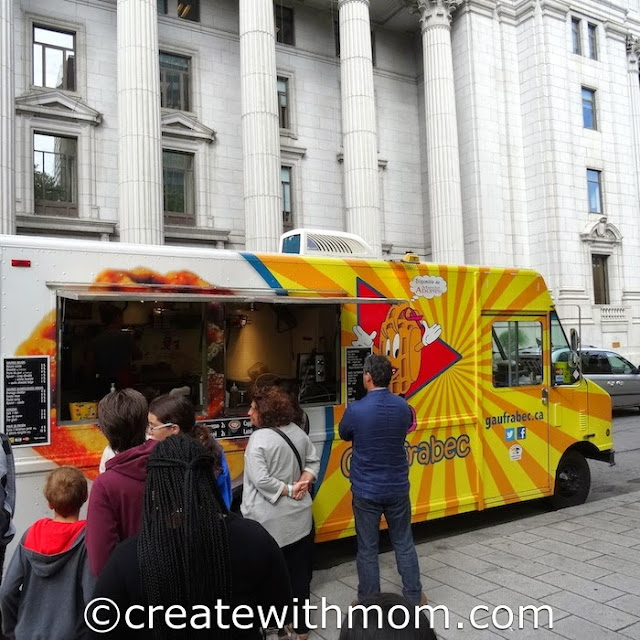 We spent lots of time exploring the Planetarium, Biodome, Insectarium, Botanical gardens, and the Olympic Stadium while we were in Montreal; I will be sharing our thoughts and pictures of these attractions soon. 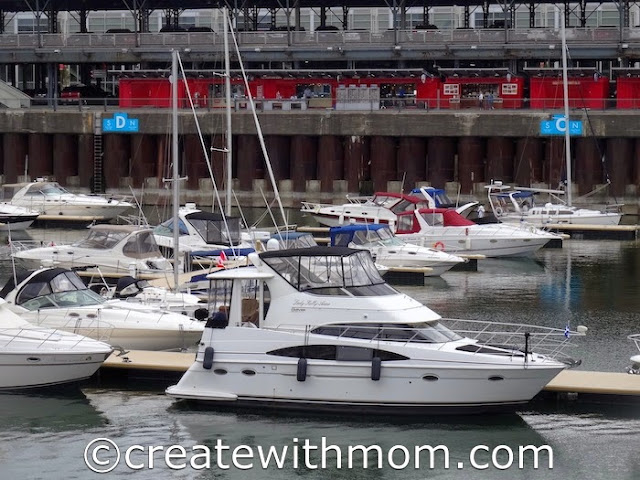 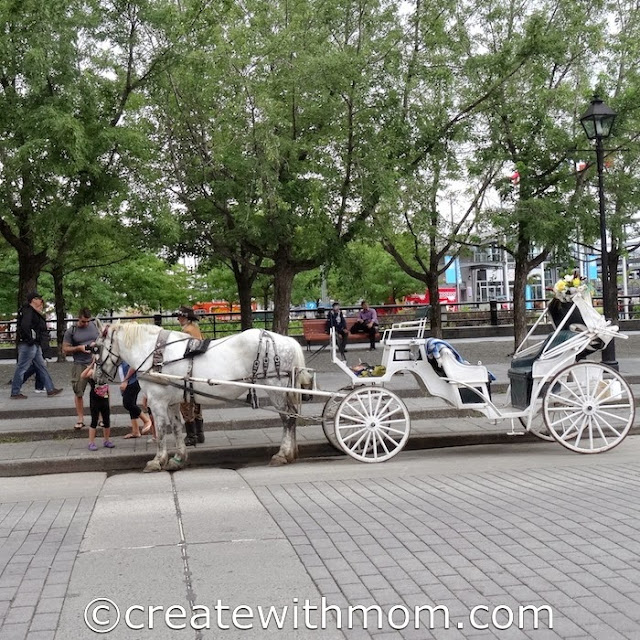